HOBOKEN, NJ (April 9, 2022) – The Stevens Institute of Technology women’s lacrosse team used a strong defensive effort in the first half en route to a 13-5 victory over Misericordia University Saturday in a MAC Freedom matchup at the DeBaun Athletic Complex.

Senior Morgan Westerby had a career-high four goals to lead the offense and senior Camryn Rogers had two goals and two assists for the Ducks, who won their fourth straight to improve to 12-1 on the year and to 4-0 in league play.

Genevieve Montanye had two goals for Misericordia, who fell to 6-5 on the year and to 2-1 in conference play. The Ducks’ victory snapped Mercy’s three-game winning streak.

Junior Maddie Schmidt had three goals and an assist and first-year Emily Smart finished with a goal and an assist for the Ducks, who reached double figures in goals for the 16th straight game. Sophomore Emily Leiby added a pair of goals and junior Zoe Cook had one. Westerby and first-year Alison Lax each dished out an assist to round out the Ducks’ scoring.

Senior Lauren Cunniff earned the victory in the cage, making four saves to secure the result. Maggie McGovern made nine saves for the Cougars.

The Ducks took early control, scoring 35 seconds into the opening quarter. Schmidt converted a Rogers feed for her di lei 18th of the year. The Ducks doubled their lead later in the frame when Smart beat McGovern on a nifty individual move.

Stevens controlled play throughout the first half, holding Misericordia to just six shots (two on-goal). The Ducks forced 11 turnovers over the game’s first 30 minutes and won seven of the first eight draw controls.

While the stingy Stevens defense was putting the clamps on the Cougars, Rogers was one of four goal scorers to break through in the second as the Ducks took a 6-0 lead into the intermission. It was the lowest first-half total for the Cougars this season.

Rachel Shook finally put Mercy on the board four minutes into the third, but consecutive goals from Westerby and Schmidt pushed the Ducks’ lead to 8-1. The teams alternated goals to close out the third and the Ducks scored three of the game’s final five goals to provide the final margin of victory.

The Ducks forced 12 of the Cougars’ 23 turnovers. Senior Meredith Conlin led both teams with five caused turnovers. The Cortlandt Manor, New York native has had two or more caused turnovers in five of her 13 contests this season. Senior Josie Cook added four, with Schmidt, senior Brynne Pergolini and junior Lauren Malicki each registering one. Montayne, Shook and Makenzie Tumini each caused two to lead Mercy.

Stevens had a commanding 18-4 advantage in draw controls. Rogers led both sides with six, while senior Natalie Fitzpatrick had four. Westerby and Leiby each had three to round out the Ducks’ efforts. Shook had three of the Cougars’ four draw controls.

Each team picked up 18 ground balls. Conlin scooped up four, while Leiby, Schmidt, Pergolini and Malicki each had two. McGovern had a game-high five to lead Mercy.

Each side went 0 for 2 on free-position shots.

Prior to the contest, the Ducks honored their nine-person senior class.

Up Next: Women’s Lacrosse heads to Madison, New Jersey for a showdown with conference preseason favorite, FDU-Florham on Apr. 13. The teams last met in the MAC Freedom title game.

Ethereum Sets Up This Bear Play, But Will The Bulls Prevail on A Larger Timeframe? 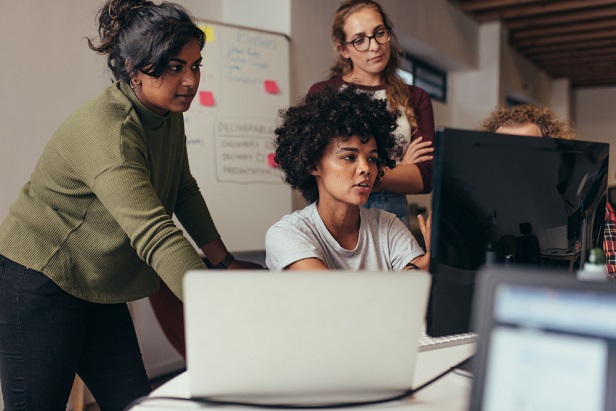