Self-driving technology has many different, and potentially confusing, names

Electronic systems designed to help people drive and park their vehicles have been around for three decades, slowly shifting from costly extras in top-of-the-line cars to standard equipment in luxury models to common even in cheaper new vehicles today.

Advanced driver-assistance systems, or ADAS as these systems are known, have the potential to make roads safer and lives easier. There’s growing unease, however, that having too many names for the same underlying technology and too much expectation that the features work flawlessly can cause harm and erode public trust in future AVs.

For all of our 100-year-plus history with automobiles, the driver was in control, said Tara Andringa, executive director of Partners for Automated Vehicle Education, or PAVE, a coalition of industry and nonprofit groups and academics.

“There was no question about the role of the driver,” Andringa said. “We are envisioning a future where the vehicle is in charge, and we are kind of in this in-between place right now,” she said.

“That can be confusing for people. We need to really educate the public and be clear that any car available for purchase for consumers today requires a driver,” attentive at all times.

Automatic emergency braking and lane-keeping assistance are among the most common features in new vehicles today, and among the ones that have been available the longest.

Yet travel and leisure group AAA has found that emergency braking is called some 40 different things depending on the auto maker, and lane-keeping assistance has about19 different names. Other systems also come with multiple names.

The same study found that ADAS is widespread, with 93% of cars available in 2018 having at least one ADAS feature.

See also: California’s ban will push EV market share in the US to about 20% soon, analyst predicts

The different names confuse people about what “these complex systems actually do,” Brannon said. “Common naming is the first step toward giving consumers a better understanding of performance and managing expectations regarding functionality.”

Even industry groups and road-safety regulators have used different terminology to refer to the same underlying technology.

AAA and PAVE are part of a coalition of consumer safety organizations that has called for road-safety regulators to standardize the naming of the features to cut down on confusion. The coalition renewed its efforts this summer with an expanded set of proposed universal terms

‘Phantom braking’ and other problems

Being around for a while is no guarantee a feature will work without problems.

Earlier this year, US safety regulators launched a probe into Honda Motor Co.’s emergency braking after hundreds of drivers complained that certain sedans and SUVs would brake for no apparent reason and while in motion. Honda has said it is cooperating with the investigation.

The regulators have also opened dozens of investigations into Tesla Inc.’s (TSLA) Autopilot, with two of the most prominent probes looking into why some Teslas seem to crash into emergency vehicles parked on freeways and hundreds of complaints about that “phantom braking” phenomenon.

In June, NHTSA released initial crash data and said the trove will enable road-safety regulators to “better identify any emerging risks or trends and learn more about how these technologies are performing in the real world” and decide on future regulation.

Not all ADAS are the same, said University of Toronto engineering professor Birsen Donmez.

Forward-collision warnings and emergency braking are “quite effective,” Donmez said. Other technologies, however, are less effective, and overall it is important to bear in mind that “the systems are really far from perfect at this stage,” Donmez said.

“Driving-monitoring systems are the way to go, but they are still in development,” she said.

Karl Brauer, an analyst with iSeeCars.com who routinely test-drives cars and is a self-described “fanatic about all things car- or motorcycle-related,” has had a few close calls with ADAS features, one as recent as last week .

A couple of years ago, a small SUV lent to him for testing kept warning about potential forward collisions “a little more aggressively than necessary,” Brauer said.

Then, when Brauer was driving on a road where trees in the median cast shadows on the lanes, the SUV’s warning beep blared and the car started to slow down, appearing to mistake tree shadows for an actual object on the road.

At the time, the vehicle did not have the ability to completely come to a stop on its own, but Brauer remembers being worried about it, thinking of the potential for a rear-end collision caused by a sudden stop.

Recently, driving a luxury SUV debuting this fall, Brauer had another scare, this time caused by a truck on another lane pulling over, and in the process tricking the SUV’s systems into thinking it was a roadblock. He feels that the incidents he has seen with some ADAS features “are actually not that uncommon,” he said.

As it turns out, difficulty in reacting to motionless vehicles and potential malfunctions on curvy roads are examples of two known limitations of adaptive cruise control, another popular ADAS feature.

Some of the systems in essence turn humans into “passive monitors who need to step in when automation fails, basically putting humans in a vigilance task,” University of Toronto’s Donmez said.

As it turns out, researchers have known for some time that humans are not great at remaining vigilant for long stretches.

How late is too late?

Some of the earliest experiments around attention in humans have found that attention starts to falter after about 20 or 30 minutes, after which time researchers would often see drastic declines in the ability to continue to pay attention and do it well.

Donmez’s research has shown that people may become “more reactionary rather than anticipatory” when using some of the ADAS systems available today.

One example of anticipatory behavior is when a driver expects a vehicle ahead of them may change lanes based on their speed when approaching a slower-moving car, or slowing down when brake lights on a few cars ahead light up.

“We know that this skill forms with driving experience,” Donmez said. “Whether drivers would lose this skill with prolonged use of this type of ADAS has not been tested – but it is possible,” she said, In aviation, loss of skills with the use of automation has been a concern for a while, she said.

Donmez’s study was conducted on a driving simulator, with an equal number of novice and experienced drivers being presented with a secondary task while simulating driving.

There were differences in the two groups for manual driving with no automation, but that gap between novice drivers and experienced drivers widened when the simulator added some driving automation.

“We found that, compared to experienced-driver glances, the duration of novice driver glances to the distraction task was more variable, longer,” and that the novices were also less aware of the simulated road’s curves and stretches.

Like the insistent beeping in Bauer’s SUV after the tree shadow mistake, auto makers have come up with many ways to warn and prod drivers to be in control of their vehicle at all times, and all makers seek to make it clear that drivers must remain attentive while using the ADAS features.

Systems designed to police a driver’s attention while using automated systems, however, are also not perfect.

Indeed, there are countless videos of drivers across the world trying to trick ADAS systems, such as trying to bypass hands-on-the-wheel requirements by taping objects to the steering wheels. Even more advanced monitoring systems, such as those using cameras to track eye movement, can falter if drivers are wearing sunglasses.

There’s ongoing research into tracking other physiological signals for distracted driving, such as more intricate systems designed to measure heart rates or brain waves, but they have their drawbacks and their probes are still too intrusive to be used regularly.

And even the most accurate trackers would need to accurately figure out the answer to a thorny question: What is the optional time to alert the driver? In other words, decide how late is too late.

“We have to make sure that systems are designed with humans in mind, rather than by what’s technologically feasible or advanced,” Donmez said. Unified naming would be a step in the right direction, but it may only partially solve the issue.

ADAS features really are what can make our roads safer, PAVE’s Andringa said. The danger, however, is people believing that the technology is better than it is, she said.

The consistent naming campaign is part of that effort, she said.

Some of the names can be “intentionally confusing,” Andringa said. “The most obvious one is Autopilot,” Tesla Inc.’s suite of advanced driver assistance.

Autopilot has long been criticized for implying capabilities well beyond its real-world abilities.

“It makes it sound like the car can drive itself,” and even if company explicit warnings and all the fine print say otherwise, “when the name is so confusing to people, that’s when we get in a huge safety issue,” Andringa said .

US stocks nudge higher in final trading day of August

Why parlays are big business for sportsbooks

HR Must Be Vigilant About the Ethical Use of AI Technology 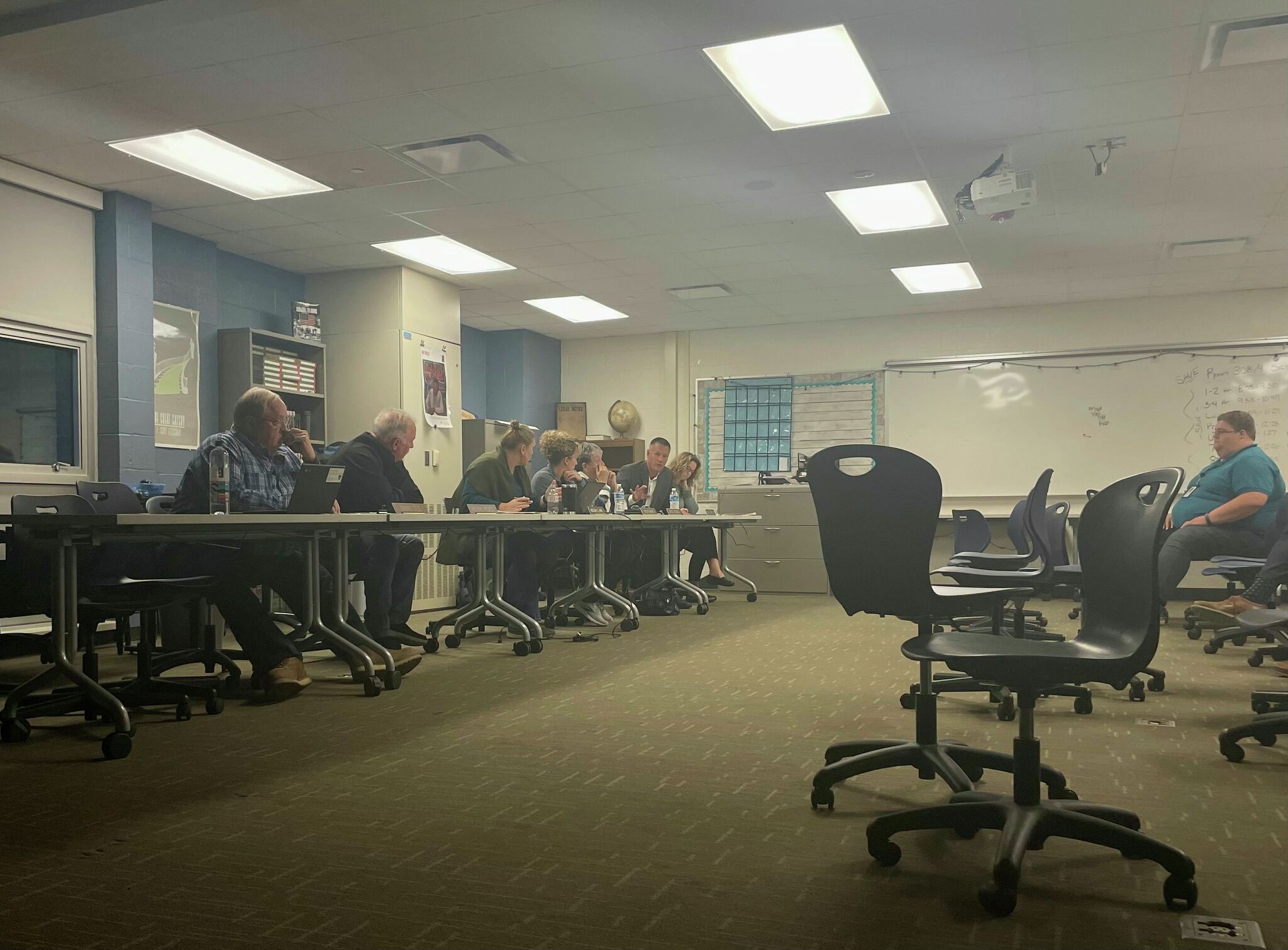