For the average middle school or high school student, hearing the name Aristotle or Socrates either evokes confusion or a vague recollection of a noteworthy figure from Ancient Greece Day in world history class. Casual mentions of the epic battles between Hector and Achilles at the gates of Troy or the precarious nautical journeys of Aeneas or Odysseus are often met with blank stares, and discussions on Augustine stealing pears from an orchard are confronted with bewilderment.

In contrast, reading the texts that were considered for generations the hallmarks of a “well-rounded” education meant that students would have been well-versed in the rhetorical defense Socrates made before his Athenian jury in the Apology or the idea of ​​the golden mean from Aristotle’s Nicomachean Ethics. The Homeric epics of the Iliad and the Odyssey and Virgil’s Aeneid informed the imaginations of students as much as the newest fantasy novel.

But the centuries-old works belonging to the so-called “Western canon” eventually fell out of use in most classrooms. School curricula evolved, and new, faddish pedagogies came into vogue, with classrooms and textbooks eventually replacing a wide range of original texts, particularly those belonging to “Dead White Men,” that had once been mandatory reading for most students. The deep study of primary sources has, in general, been greatly diminished in contemporary education in favor of reading “strategies” and learning concepts.

What is now commonly referred to as a “classical” or “liberal arts” education has been relegated to a handful of predominantly religious private schools. But this “old” form of schooling is experiencing a rebirth of sorts. While public schools and many private schools have found themselves embroiled in controversies over critical race and gender theory, coronavirus mandates, and virtual learning, a cohort of so-called classical schools, primarily Catholic or evangelical Christian but even some charter schools, have seen a steady trend of growth dating back to the early 2000s.

Undergirding this classical restoration is a fundamentally different approach to the purpose of education, says Jeremy Tate, the founder and CEO of the Classic Learning Test and a major power player in the movement to restore classical education. Tate founded the CLT in 2015 as a classically oriented alternative to the SAT and ACT college entrance exams. Education properly understood, says Tate, is the formation of the individual in the social consciousness.

“[G.K.] Chesterton articulates so well [this vision] of education being the soul of a society as it passes from one generation to the next, ”Tate told the Washington Examiner. “But suddenly, there was nothing we were going down. Everything had been dismantled or deconstructed, and there was nothing beautiful or meaningful left to pass down to the next generation … and so the classical renewal movement is a beautiful movement to recover something precious that was almost lost. ”

The CLT is meant to help encourage schools to adopt a more classical curriculum, Tate says, because, as a general rule, college entrance exams go a long way to dictating the coursework in schools. “At the end of the day, whoever controls testing owns education,” he explained. “We believe at CLT that the tests ultimately do impact and … drive the curriculum to some level. And so, instead of reading the meaningless texts that the SAT and the ACT are putting in front of students, CLT has students reading George Washington. We have students reading Frederick Douglass, Martin Luther King Jr., Flannery O’Connor, Tolstoy, Augustine, texts students would never see otherwise. ”

But while it may be true that the average public school student would have never read Anna Karenina or The Confessions, the work of the CLT has found eager partners in a network of private schools that have embraced classical education. And these schools have seen the number of enrolled students and new applicants grow exponentially in recent decades as public school enrollment continues to decline.

When the Richmond, Virginia-based Veritas School was founded in 1998, its initial cohort of K-5 students numbered just 25. Now, after outgrowing its original campus and moving to a new one in 2009, the school counts over 600 students enrolled in every grade from kindergarten through 12th. In an interview with the Washington ExaminerVeritas headmaster Keith Nix said the number of students enrolled for the 2022-2023 school year is the most the school has ever had, and at this point, he doesn’t see the opportunity to grow much more.

“We’re kind of at our max size. Veritas is a little bit unique because we’ve been growing at 12% to 15% over the last 12 years, ”he explained. “When this surge in the last year began to happen,” Nix said, referring to the large numbers of students leaving traditional public schools for elsewhere, “we didn’t completely experience it only because we were already full.”

The Veritas School’s growth is mirrored by another classical Christian school in Austin, Texas. The Regents School of Austin opened its doors to 17 students in 1992 and now boasts a student body of over 1,000 students. While room for growth remains, school headmaster Dan Peterson says there isn’t much. “Our maximum capacity is 1,100,” Peterson said Washington Examiner. “It will probably be at 1,080 next year, so we’re right there … we have a little bit of room to grow, but not really.”

The stories of the Regents School of Austin and the Veritas School are hardly unique, Tate said, noting that dozens of classical schools around the country that work with the CLT are experiencing similar or even greater growth. He credits this fact to renewed efforts from families to assess the quality and value of their children’s education: “It’s no longer a secret to parents that this classical renewal movement is happening. And parents are doing everything they can to get their child this kind of education. ”

Classical educators such as Peterson and Nix say that the unique education they offer students is ultimately what has brought a renewed interest from families seeking alternative options to public schools and even traditional private schools that often mirror public education. “The goal of education [should be] wisdom and virtue and preparing citizens to pass on a culture from one generation to the next and less about just job training or getting test scores or achievement, ”Nix said. “If you have a good school, those things do happen, but the goal is to be about something bigger, longer-term, more beautiful – the kind of human beings that we’re cultivating.”

From school uniform requirements, smaller class sizes, and the classical texts that undergird the curriculum, the cultivation of human minds provides, as Nix says, for a substantially different educational experience than that found in public schools and even most private schools. Peterson explains that part of cultivating that education, which is grounded in the writings of long-ago historical figures, is ensuring that students learn to appreciate why the texts have endured and are considered valuable millennia after they were first published.

“There’s a lot of good books we can read, but we want to study what’s been most excellent, we want to study great books,” Peterson said. “The reality is students can use the things they are exposed to as jumping boards into various aspects of culture. And so, there has to be some kind of connection point to them, some kind of practicality to help them see that this is actually beneficial to their training. We’re a character-forming place, and we’re seeking to help [students] to pursue that which is true, good, and beautiful. ”

“What they realize is there’s these ideas, this literature, this art, this music, that is beautiful. And by connecting with it, you are standing on other shoulders, and you’re playing a part of this beautiful history, ”Veritas’s Nix said. “You are dispelling the notion that only new is better and that only now is better and anything old isn’t relevant. We long for a tradition and ideals and works and people and exemplars that can connect us, that we don’t have to experiment on every new fad that comes around. There’s a reason things last and are considered great. ”

With a retrospective view of the past comes an aspirational view of the future, one that goes beyond the academic and career successes of students. Dan Peterson sees that in the graduates who have made their way through the Regents School campus. “We are what I call life preparation,” Peterson said. “We want to prepare students for college, we want to prepare them for that next step in life, but if that’s the extent of our education, that’s just myopia. Our heart is to prepare them to be great people that are able to serve the culture that they invest into well, whether it be as a mom, dad, husband, wife, or grandparents someday, we have that vision of, what are they going to be like when they’re 65 years old? ”

Jeremiah Poff is an education reporter for the Washington Examiner.

My Side Hustle Pays $ 4,300 / Month. Here's Why I'm Not Putting Any Of It Towards My Student Loans 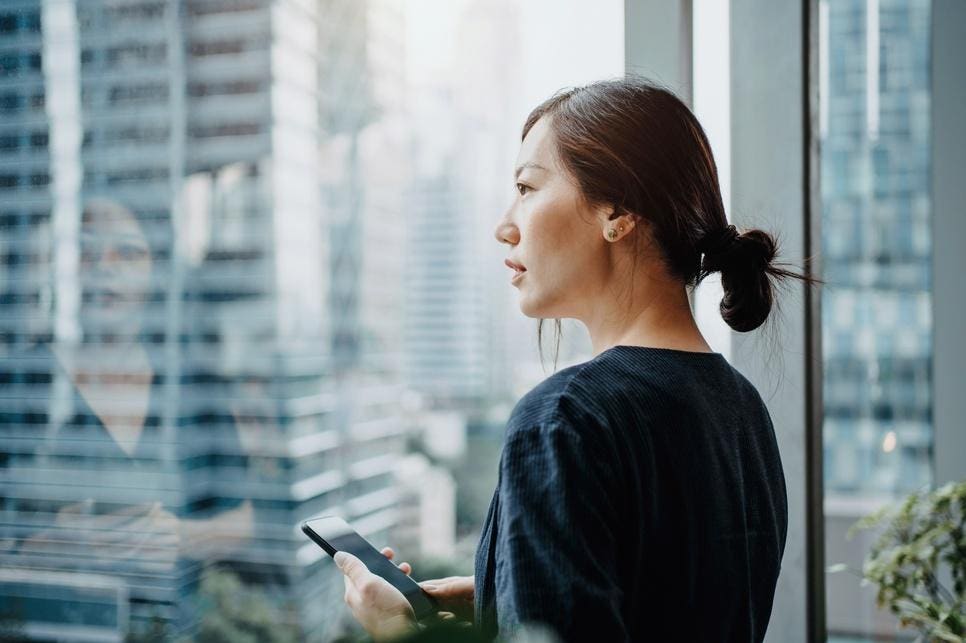