Chinese tech giants are racing to build the metaverse, and technology conglomerate Tencent Holdings Ltd. may be best positioned to take an early lead in the country, analysts say.

The metaverse largely refers to a virtual world where people can engage and share experiences. Relevant applications might combine gaming and social features, celebrity interactions, and virtual and augmented reality options. In terms of population size, China is undoubtedly an attractive space to build metaverses, with its total addressable market pegged at around $ 8 trillion, according to a 2022 Morgan Stanley report. On the other hand, with digital currencies banned in China and ongoing gaming and censorship regulation, the metaverse may face limitations.

Despite the regulatory hurdles faced by all players in the market, Tencent has several advantages when it comes to developing a metaverse offering, including a hefty cash balance, a leading position in the local gaming industry, a vast social network, and financial technology services that include a payment platform. Through a combination of tuck-in acquisitions and upgrades to its gaming capabilities, Tencent should be to build and populate a metaverse before its main rivals, NetEase Inc. and TikTok-parent Beijing Byte Dance Telecommunications Co. Ltd.analysts said.

“Tencent is best positioned to be a first-mover in the metaverse space given that it is extremely strong in developing content, tapping into old and new users, designing games, and is the second-largest cloud player in China,” said Ivan Su, equity analyst at Morningstar.

Tencent, NetEase and ByteDance did not respond to S&P Global Market Intelligence’s requests for comment on their metaverse strategies.

Su sees an opportunity for Tencent to gamify the music sharing component of QQ through QQ Music. “I can see them embedding one of those tapping music games like ‘Tap Tap Revenge’ into their music streaming apps,” Su said. Tapping music games require users to tap their fingers according to the beat of the music.

There is also potential to gamify features of its other messaging apps, Weixin and Wechat International Pte. Ltd., by introducing avatars on them, said Chenyu Cui, a senior gaming analyst at analyst and consultancy firm Omdia.

Weixin, the local version of WeChat, and WeChat’s combined monthly active users, or MAUs, stood at 1.2 billion as of Sept. 30, 2021, marking a 4.1% year-over-year increase. QQ’s mobile MAUs were 573.7 million for the same period.

Tencent could look at introducing games with social celebrities, a strategy that has worked well with ByteDance, according to Ke Yan, head of research at small and mid cap specialist, DZT Research.

“Imagine you can play games with social celebrities or influencers that you follow, for example, challenging them to a virtual arcade game in the metaverse. Wouldn’t that be amazing?” said Yan, adding that Tencent could use its livestreaming presence to help it.

If Tencent applies its gaming capabilities to its vast social networks, it will be able to create a metaverse that is easily accessible to many users, said Charlie Chai, vice head of research at 86Research.

“Tencent dominates in promotional and marketing resources where it can repeatedly push its products to customers to encourage adoption – this is a strategy that has proven effective and could help Tencent lead the metaverse gold rush as opposed to NetEase and ByteDance,” Chai said. In the past, Tencent has used its muscle in this area to create “traffic support,” pushing its new products out to its wide user base.

Leveling up its gaming business

In addition to gamifying its social apps, Tencent could add more social elements to its already-robust gaming offering, analysts said.

“Tencent is a clear winner in China’s metaverse play given its strength in gaming and media content.… This year it will focus on making its games more interactive,” said Chai.

Tencent leads China’s gaming market, holding a 43% market share in 2020, according to Niko Partners. Revenue from Tencent’s domestic games – which include Honor of Kings, Call of Duty Mobile and Moonlight Blade Mobile – accounted for 24% of its total revenues in the third quarter of 2021. One way to take its gaming titles into the metaverse is to improve its quality and definition through the acquisition of smaller gaming developers and graphic designers, said Omdia’s Which.

Tencent has already seen an uptick in home entertainment software deals, announcing five in 2020 and five more in 2021, after having no deals in the space during the five years prior. And Tencent has plenty of dry powder, with a cash balance of $ 44.6 billion as of Sept. 30, 2021. “Unlike its international and local rivals, Tencent is likely to acquire smaller developers in deals valued in the $ 100 million to $ 200 million range as the company will be more cautious about how it builds it metaverse play and will not want to splurge on big investments, “said Cui.

Tencent will look at deal sizes similar to the ones it made in 2021, which included small gaming developers Hunqi Network, Zhuhai Heisha Entertainment, Raccoon Logic and Dreamer Games, Cui added.

Tencent could also introduce virtual reality and augmented reality, or AR, to its gaming offerings, which will require investing in hardware such as headsets or smart glasses, Su said. AR enhances a user’s surrounding by adding digital elements to a live view, while VR is a more immersive experience that a user’s real-life environment with a simulated one.

“Tencent is weak in this area compared to Meta [Platforms Inc.] and even ByteDance as it has not invested in much consumer-facing hardware, “Su said.

Earlier this year, Tencent bought Xiaomi Corp.-backed Black Shark Gaming for approximately $ 470 million. The gaming smartphone company will focus on making virtual reality headsets for its new owner after the deal, according to a Bloomberg News report.

Both ByteDance and Facebook-parent Meta have invested in virtual reality hardware, with their respective acquisitions of Pico and Oculus. 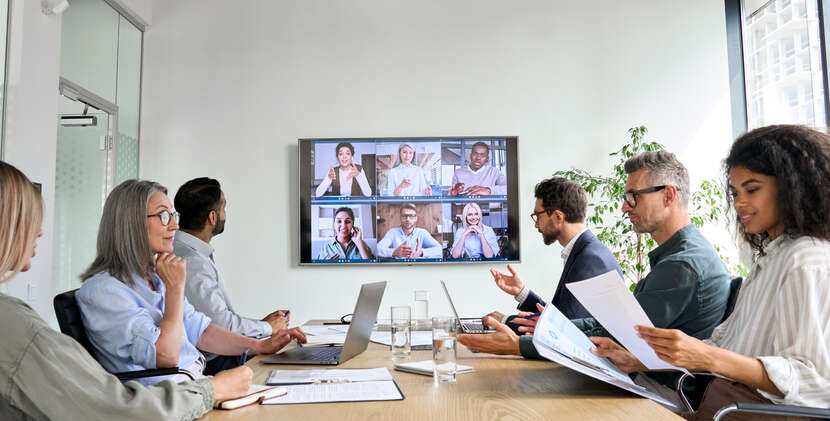