Lake Garda, Italy is about to welcome its annual meeting of speed-focussed sailors and designers at Foiling Week, which combines on the water racing with the chance to showcase and share innovative design ideas around all things foiling. Running alongside Foiling Week will be the SUMoth Challenge, a design and build competition for students who are tasked with creating a foiling boat that conforms to the International Moth class rules, but has efficiency and sustainability at its heart.

The idea was conceived of by engineer Bruno Giuntoli. Giuntoli is familiar with student design, having been a key part of the team from École de Technologie Supérieure (ETS) in Montreal, which built a foiling C-Class catamaran for the 2015 ‘Little America’s Cup’ in Lake Geneva.

The SUMoth challenge was launched off the back of that challenge. The key driver, Giuntoli admits, was to keep that university club running.

“The C-Class is not a realistic project for a university. Our uni was quite up for projects and we started from a non-existent club to ending with the biggest project in the school, ”he says.

The C-Class catamaran is a highly sophisticated, incredibly expensive foiling cat with a 15m tall wingsail built almost entirely from high-modulus carbon fiber, and costs £ 100,000s to design and build.

The class has long been used for what is officially called the International C-Class Catamaran Championship, but is commonly referred to as the Little America’s Cup – despite a legal ruling banning the official use of the name.

“We had worked incredibly hard to build this club and if you do not have some competition to aim for then there is really no reason for one to exist at a university,” Giuntoli continues. 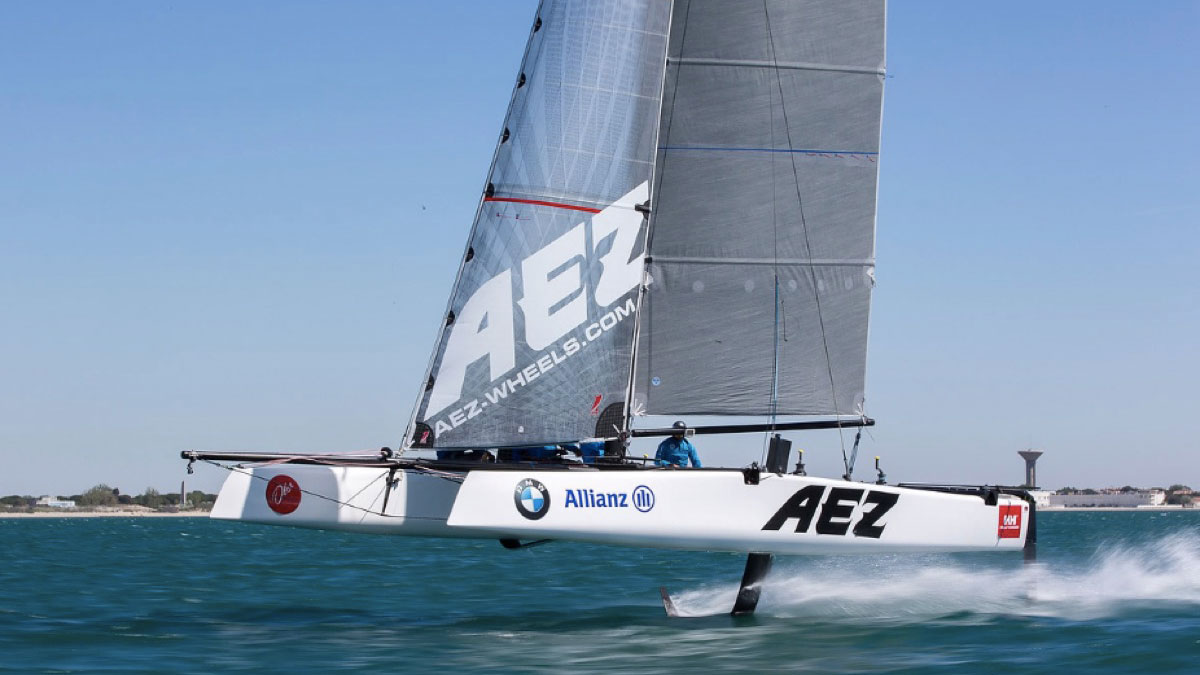 The biggest revolution to hit watersports in general has been foiling, and it’s easy to view the use of hydrofoils 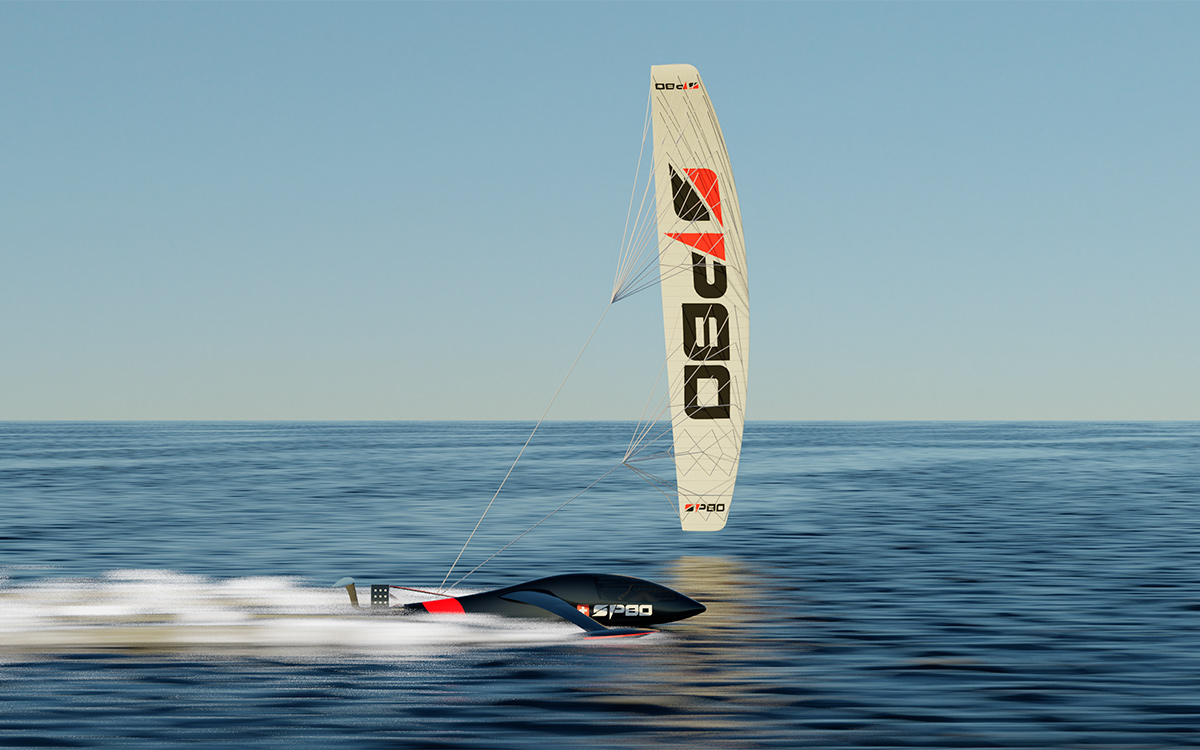 On 24 November 2012, Paul Larsen and his Sailrocket team rewrote our understanding of the physics of sailboats, stamping their…

“So I invented this sustainable moth challenge where one of my goals was to change these super-efficient construction methods [the foiling Moth class is similar to the C-Class in the high-tech and expensive materials used] to more sustainable ones with different materials.

“And I was also thinking it would help the new students to latch onto the concept and keep the club running.”

The student design competition has seen some adjustments made to the format during the Covid pandemic. However, in 2022 eight university teams will assemble during Foiling Week, four with working foiling Moths to compete – although the on-the-water competition only forms a very small part of the overall scoring.

“At the beginning we said: ‘These are the rules, see you in Garda in a year, goodbye’,” Giuntoli recalls.

However, it soon became clear that while there was significant interest in the project, some universities simply did not understand the complexities and some student teams would be unlikely to pull together the funding for a highly complex boat build.

“It is not the easiest competition to be honest,” Giuntoli notes, explaining that the complexity in designing just the working hydrofoil is vastly greater than many might realize.

“There have been many teams that registered and then realized just how much work was involved. So early on we had maybe 12 registrations and then midway quite a few realized that it is far too much work. ” 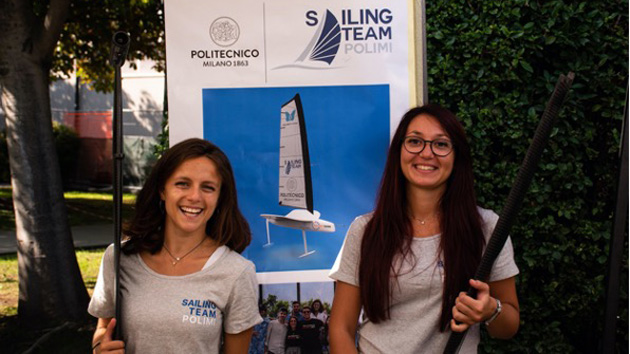 With a high attrition rate the decision was made to create a three-stage competition.

“The idea was that the first stage is purely design, so if you don’t have the materials or the money, all you need is a computer and brain oil – plus time and passion,” says Giuntoli.

“Because we want the competition to be design-led, this is the stage that gives the most points overall.

“That’s the key, we wanted this to be mostly an academic competition, not just an on-the-water competition, because most of the students are engineers, not professional sailors.”

The second stage is a ‘Plan B’ for an on-the-water competition where traveling to Garda is not possible, which involves recording the boat’s sailing performance on a GPS tracker.

The third and final stage is the one taking place at Garda during Foiling Week, where the boats will compete and teams will also make a public presentation (this can be viewed via live stream from The Foiling Week website).

The design and ideas are evaluated by a panel of expert judges, which includes America’s Cup designers, Moth builders, sustainability officers, speed sailing designers and many more top names.

As the brief is to push forward design, and the rules are open to a reasonable amount of interpretation, the judging panel will be key to deciding winning designs.

“There are lots of different approaches and teams have embraced the challenge in different ways,” says Giuntoli.

“The boat from Southampton [University] is a really nice boat, but they went to Maguire [Boats] and made a Moth with their borrowed molds, but out of different materials. And they’ve made the wings from wood and stuff like that. It looks great and it sails great, but it’s not necessarily developing any brand new ideas. ” 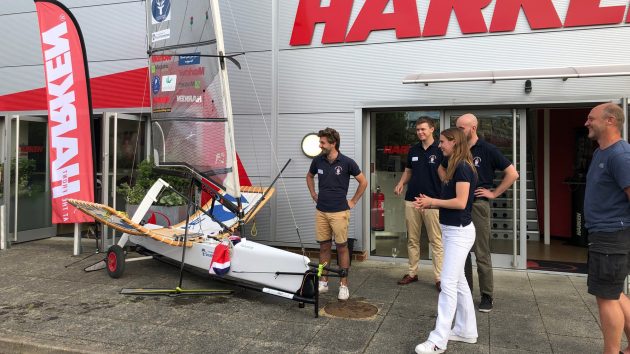 Ultimately, teams will be judged and marked on how much innovation has been brought to the table but Giuntoli is happy for the rules to be interpreted in any way the teams see fit.

“Take the Southampton University entry that I mentioned. They are doing it as their final uni project.

“That’s for their degree and they are able to fit that into the SuMoth concept, but they are not necessarily there merely to get technical points from us,” he concludes.

SUMoth is not just a design competition, there are other facets to the challenge too. Giuntoli is very aware of how few women are represented in both the field of marine engineering and this type of design driven academic challenge, so female inclusion is rewarded with additional points.

Hattie Rogers will be sailing the Southampton University entry in Garda, for example, and that will net the team some extra points.

“Usually these student clubs tend to be mostly guys. And I think women don’t often get the chance to be involved, so we are trying to give a push to try to get more girls into the teams. So far that seems to have been successful, ”Giuntoli explains.

Another element that makes the SUMoth Challenge stand out is its focus on trying to create new design solutions while avoiding the use of materials that are environmentally harmful.

However, defining what might be considered a ‘good’ material and a ‘bad’ material is, in itself, a significant challenge.

The aim is to reward innovations without adding new hard-to-recycle products to the ever-expanding global wasteheap, as well as maintaining costs at a manageable level. Upcycling old hulls and turning them into foilers is something that is very much encouraged. 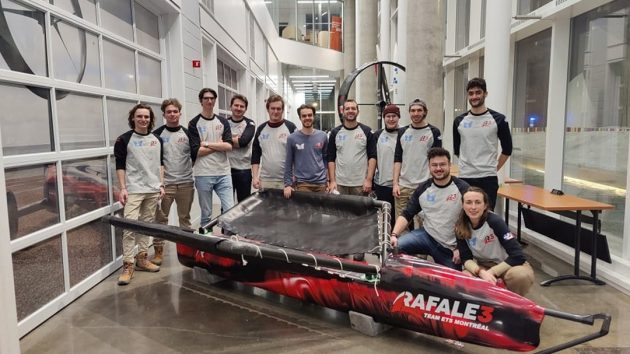 The solution that Giuntoli came up with for using new materials was to provide all teams with an upper cost limit of $ 10,000 – roughly the same price of a Waszp, itself a simplified, cheaper version of the foiling Moth.

But whilst providing that price limit might go some way to forcing teams to use upcycled materials, it does not restrict cheap but environmentally expensive new-build items.

To keep control over what products might be used, Giuntoli came up with a conceptual currency, SuDollars, with each material also having an SUDollar cost.

“Take MDF, for example – which is essentially mostly glue. It’s super cheap to buy so it’s an obvious choice for building molds but we didn’t want to see molds made from MDF by our teams, ”he explains. MDF is a very expensive material in SUDollars.

“This is a problem we see throughout our industry. So the idea is that if we have this currency it should help push to essentially make people find new, better, ways of doing the same thing.

“Another example is EPS foam [Expanded Polystyrene, used between glass in foam sandwich construction]. That is more expensive to recycle than to make some new foam, so that is expensive too in SUDollars. ”

The plan going forward is to have an annual competition during Foiling Week, although the two are organized separately.

See the winners and learn more about the teams at the SUMoth Challenge website.

If you enjoyed this.

Yachting World is the world’s leading magazine for bluewater cruisers and offshore sailors. Every month we have inspirational adventures and practical features to help you realize your sailing dreams.

Build your knowledge with a subscription delivered to your door. See our latest offers and save at least 30% off the cover price.

Telcos, Others Must Turn Obstacles In 5G Deployment Into Opportunities-- Danbatta - The Whistler Newspaper 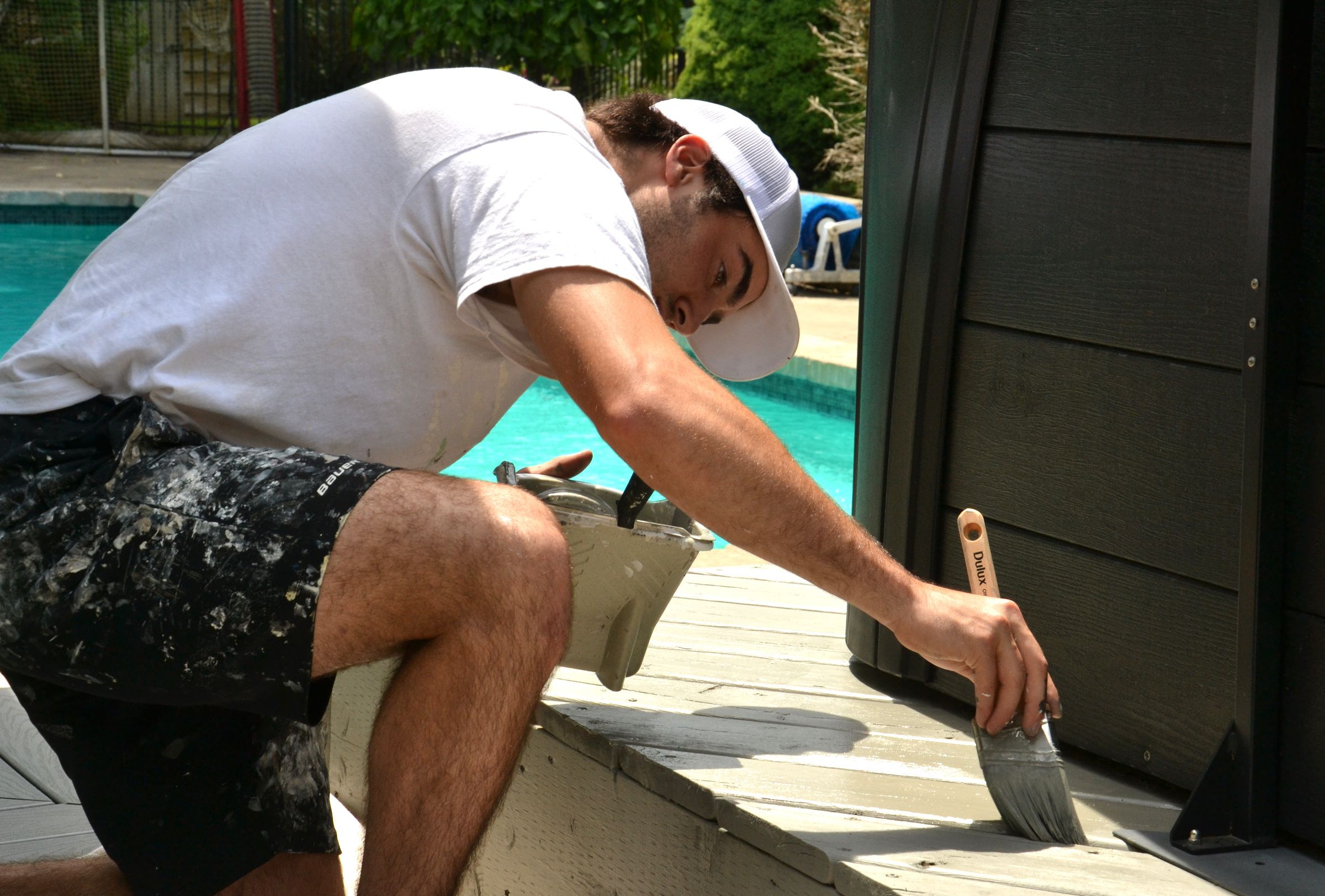