Osher Lifelong Learning Institute’s volunteer-based model is “for the pure enjoyment of learning.”

Dottie Nelson’s roster of upcoming classes at OLLI is varied and expansive.

“The list is long. I tend to take a lot of them, ”said the 79-year-old Fremont resident.

This semester, she’s enrolled in classes on midterm elections, film, an introduction to tai chi, a class on Nathaniel Hawthorne, and a class called “Great Decisions.”

“I just finished one … it was a Zoom class – ‘Awakening Wisdom in Compassion.’ It was about Buddhism, ”she said.

Nelson and other New Hampshire seniors say OLLI – Osher Lifelong Learning Institute – offers a broad spectrum of classes for people 50 and older that can be enlightening and educational, and are a chance to socialize and meet new people.

OLLI is a volunteer-based, member-driven learning program tethered to colleges and universities like Dartmouth and Granite State College. The program is geared toward the semi-retired and retired population. There are four “learning regions” across New Hampshire: Mount Washington Valley, Manchester, Concord and the Seacoast, with more than 800 members statewide.

According to Director Toniann DeSousa, there are 125 OLLI programs in the United States, with at least one in all 50 states. OLLI is funded in part with an endowment by the Bernard Osher Foundation, membership dues, class fees and other revenue streams.

Volunteer presenters can also attend classes and join committees. Some are former educators, and some members present simply because they’re passionate about the subject they’re teaching.

“It’s just for the pure enjoyment of learning,” DeSousa said.

Formerly of Nashville, Nelson retired in 2005. She found OLLI in 2006, and while there are other college offerings for seniors around the state, she was most attracted by the offerings at OLLI.

She and her husband have taken advantage of all aspects of OLLI.

“Both my husband and I started taking classes and we took whatever we wanted. We both got involved in a number of committees, and we both have taught classes. One of our history presenters, I think lei was a librarian, but she’s always had a passion for history, ”Nelson said.

Sharon Kace, a Manchester resident and member of OLLI since 2010, remembered what first attracted her to the program. “I was fascinated by the people who were so welcoming, who were involved in so many different things.”

She ticked off just a few examples of class offerings.

“Let me just give you the topics: arts and humanities, history, personal enrichment, science and technology, social sciences, exploring the community, and also outdoor adventures within those categories,” said Kace.

There are also hikes at Odiorne State Park in Rye, Wagon Hill Farm in Durham, Great Bay National Wildlife Refuge, classes on crafts and painting, chances to travel nationally and internationally, or just take a day trip to places like the Kennedy Library in Boston .

No homework, no exams

One of OLLI’s biggest selling points is that there are no exams, no credits, no degrees and no homework, but that doesn’t mean that there aren’t stimulating conversations or rewarding accomplishments.

“They always have an educational component with them. We’ll do spring birding and learn about the birds in the region, or they’ll visit a specific historical site. Or they’ll hike to learn about the water supply, ”DeSousa said.

“We not only do education, which is our primary function, as you can tell, but we have a tremendous amount of social activity. And it really brings people together, ”Kace said.

Nelson said as an undergraduate student majoring in electrical engineering at Northeastern, there weren’t many opportunities to take classes outside her major.

“As a student, we had like, no electives. (OLLI) had kayaking and hiking and snowshoeing and touring local museums. It was just like this marvelous feast of things that I could choose from, ”said Nelson.

Kace was also surprised at the options at OLLI.

“All of a sudden I can take any kind of classes I want, things on history and politics and art and religion and things that are kind of fun, which is why I really liked OLLI – and no stress,” she said.

She pointed out that OLLI may help combat isolation.

“Loneliness is one of the major problems of people who are maturing. And we do consider ourselves a community. It’s a community of like-minded individuals who are curious about the world around them, ”said Kace.

She wants to debunk the stigma of being a “senior citizen.”

“As soon as you say ‘senior’ anything, people think of little old ladies sitting in a rocking chair, who are not even reading the newspaper. Our members are far from that. They are very active both physically and mentally. Of course, as we get older, we pay a little more attention to our health. But we are very, very active, ”Kace said.

There are no quizzes or tests at OLLI, and no homework. It’s more about having roundtable discussions with others who are curious to learn more.

Student Mike Baker, who attends classes and also teaches literature at OLLI, said he and his wife were also looking for the chance to advance their education in some way. Baker said OLLI’s affordability nudged him and his wife di lui to give it a try. Formerly from Maine and new to Manchester, the couple found OLLI was a great way to make new friends, and it was close by.

“There are no papers. There are no quizzes, or no examinations or what have you. It’s just learning for the fun of it. And that couldn’t be more ideal, ”said Baker.

Baker’s courses last anywhere from three to five sessions, and might cover, for example, the short stories of Ernest Hemingway. Students get materials in advance and then discuss subjects in class or on Zoom.

“There’s been classes on immigration and our stance on immigration. I’ve taken classes in the primary, New Hampshire primary, which are excellent. Folks who have been presenters in this are authorities on the various subjects they’re doing. “

He’s looking forward to an upcoming class on how to improve his photography skills.

Nelson, Baker and Kace all mentioned the school’s motto: “Join for the classes, stay for the friends.”

“It was a great opportunity to meet very interesting, curious people like ourselves. We made some very close friends as a result of this program, ”Baker said.

There’s even a lunch program called Lunch and Learn.

“We would meet in groups for lunches, and the conversation was always lively and stimulating,” said Baker.

“I’ve met people from all walks of life, like educators and business people and scientists and doctors and dentists and nurses and politicians. We’re still excited in everything that was going on, and not sitting back and saying, ‘I’m retired.’ So we’ve made a lot of really, really good friends, ”Nelson said.

Baker prefers attending classes he would never get the chance to otherwise, like beekeeping.

“There’s no way on earth that my own formal education enabled me to do something like that. But now, with this kind of a program, it was a stimulating class. I really, really enjoyed it, ”he said.

Baker, who taught literature at the high school and college level, says a level of wisdom comes with teaching people 50 and older compared with traditional undergraduates and graduate students.

“A 16-year-old or 18-year-old doesn’t bring much to literature in the end, because they don’t have the life experience. But when you have a classroom full of professional people, or people who have been out in the working world all their life, they bring so much to it. They wouldn’t be there ordinarily, ”Baker said.

He said people can present opposing viewpoints more freely at OLLI, and generally, everyone is eager to participate.

“Every single one of them is 100 percent prepared. They all want to engage in discussion. And best of all – a teacher’s dream – they all want to be there. It just couldn’t be more ideal from a teaching standpoint, ”said Baker.

OLLI has also begun offering classes at night and on Saturdays to accommodate pre-retirees who might not have the flexibility that others do.

OLLI membership is $ 40 per person for two semesters – fall and spring. Courses can last up to eight weeks and cost $ 20 for the first session and $ 5 for each additional session. There are also scholarship opportunities available. Visit olli.granite.edu or osher.dartmouth.edu to learn more. 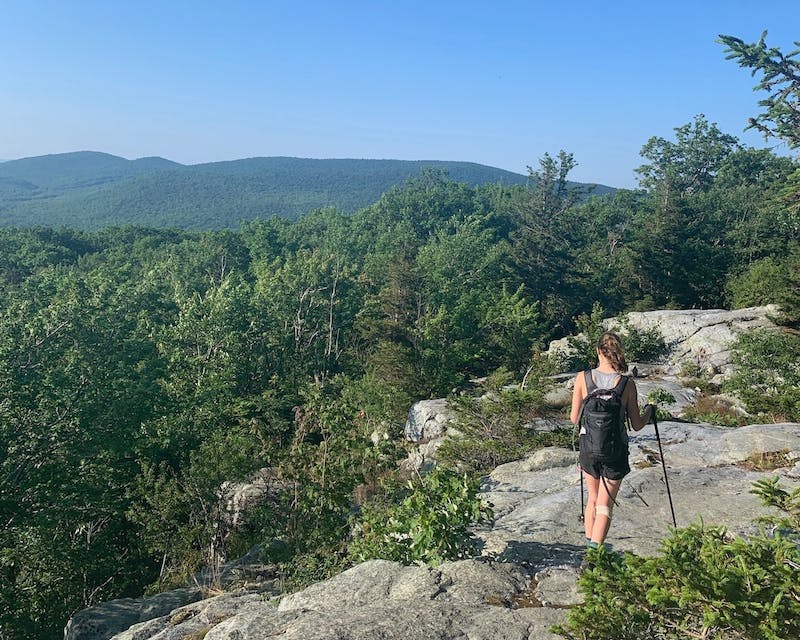 Learning to Accept the Ups and Downs: Reflections from a DOC Fifty Hiker 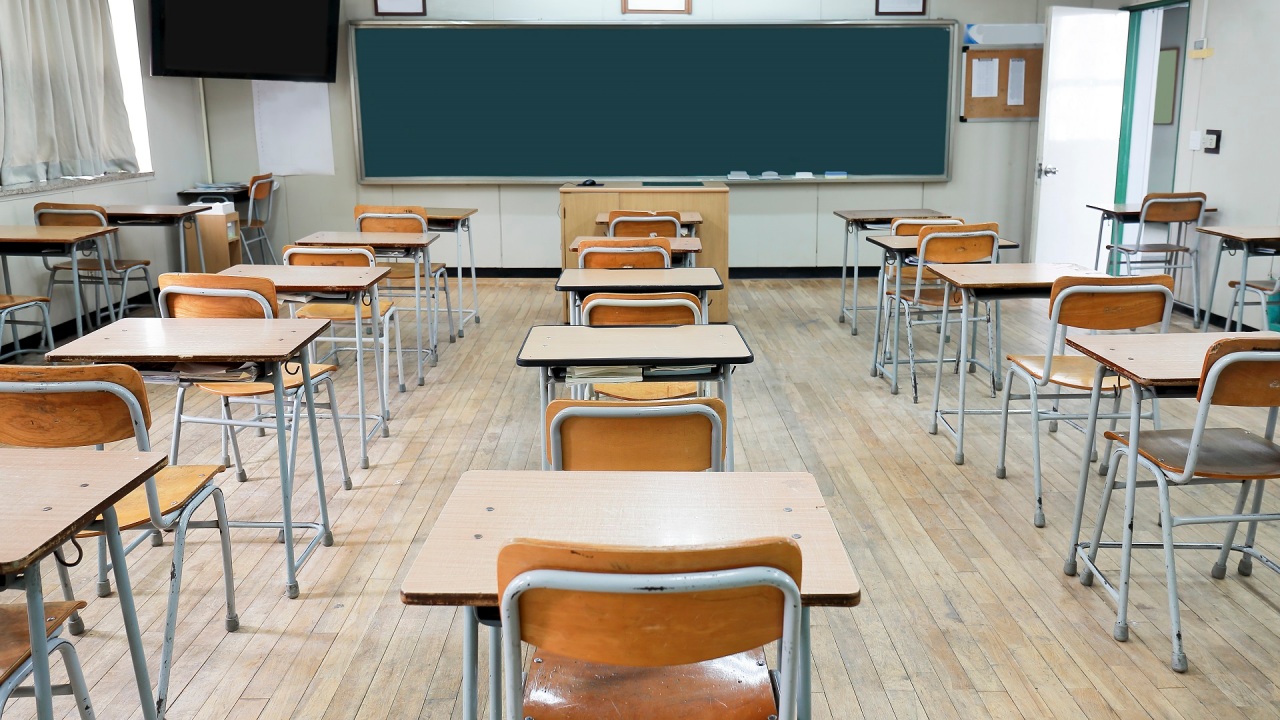 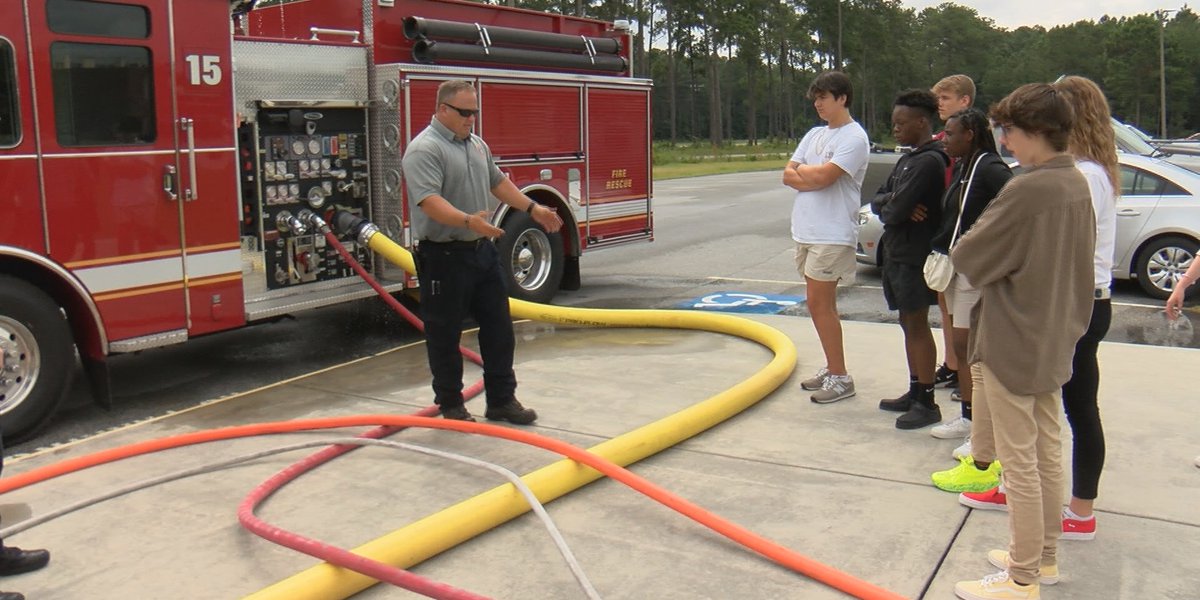 Students get hands-on learning with Effingham Fire and Rescue 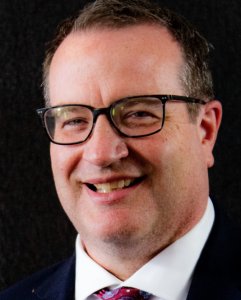