The meeting, hosted by Partnership Lake Houston, also featured a presentation by a company that could represent the future of urban agriculture, in which crops are grown indoors without the need to be planted in soil.


Humble City Manager Jason Stuebe described the city’s efforts to combat the increase in catalytic converters from vehicles. He pointed to a proposed ordinance, which the Humble City Council passed the same evening, that would make it a crime to be in possession of a catalytic converter that had been removed from a vehicle by sawing it off.

The ordinance is similar to one recently passed by the city of Houston to combat the rash of catalytic converter thefts that has plagued the area and much of the nation in recent months. However, the Humble Ordinance is even tougher on would-be sellers of stolen converters than is Houston’s law, Stuebe said.

On HoustonChronicle.com: Cody Stephens remembered a decade after his short life came to an end

“They started out by placing heavy restrictions on the resale of catalytic converters and requiring what amounts to registration. Every time a catalytic converter is resold or purchased by a junk dealer or metals dealer, that sale has to be recorded and reported to the Houston Police Department, ”he said.

“We’re taking it a step further. If you are caught with a catalytic converter that isn’t unbolted or isn’t attached to the rest of the exhaust system, that’s illegal in the city of Humble. ”

With the thefts of the expensive parts on the rise, and with the criminal gangs engaging in thefts increasingly turning to violence to avoid capture, Stuebe said the new law will provide Humble police officers with another tool with which to fight the alarming trend of thefts .

“It’s completely getting out of control, particularly in Harris County and it’s something we take seriously,” he said. In addition to the passage of the new anti-theft law, the city is doing everything it can to deal with the rising number of thefts.

On HoustonChronicle.com: Huseman ready to take over at alma mater Kingwood

Stuebe also reported that the city will face both positive and negative trends in the months ahead. Sales tax revenue are up 19 percent over last year at this time, but like every other entity, the city of Humble has to deal with runaway inflation rates. The cost of all goods and services purchased by the city are expected to continue to climb putting a strain on Humble’s budget, he said.

Osborne pointed to efforts the school has made to ensure that members of its graduating senior class have had a memorable year.

“It’s been a long time since our seniors have had a good senior year,” she said. “But the class of 2022 has had all things above and beyond.” School-sponsored senior activities this year included a field trip to Six Flags amusement park, a senior picnic and special senior nights held for every school-related organization.

“It’s been all things for seniors, because they deserve it and it’s been a long path to graduation,” Osborne said.

Besides its focus on seniors, Humble High has worked to recognize student excellence and accomplishment at all levels. “We also celebrated the students’ success that occurred over the course of the year; we had quarterly honor nights, based on grades. ” The school also honored accomplishments in band, choir and orchestra, as well as athletics. Humble High sent student athletes to state competition in wrestling and both boys and girls track and field events.

“We’ve been all over the gamut in student success and making sure we’re highlighting it,” Osborne said.


Jennifer Wooden, director of the Humble Civic Center, highlighted the artists that will be featured in the upcoming summer season at the Charles Bender Performing Arts Center. In June, the center will host blues musician Kenny Neal.

“This is his third time at the Bender Theater. He fills the house with his energy, ”Wooden said.

Also featured this summer will be singer-songwriter Ally Venable, who will perform for the second time at the Bender Theater. “She’s a young artist that’s really blowing up.” In August, Keith Allynn will perform a Neil Diamond tribute.

Wooden said she has also booked Texas blues singer and guitarist Carolyn Wonderland to perform this summer. “She is a powerhouse.”

In addition to its musical performances, the center will host two stage plays over the summer. Crafted Diamond Productions will present “So You Think the Grass is Greener,” a drama of a religious scandal, in June. In July the performing arts center will be the venue for the Neil Simon comedy, “The Last of the Red Hot Lovers,” presented by Texas Repertory Theater Company.


One way to help feed growing urban populations is to bring agriculture into the heart of the city. That’s the goal of Kalera, an innovative vertical farming company and one of Humble’s newest businesses.

“Vertical farming is a big business. It is expected to grow to be a $ 9.7 billion industry worldwide by 2026, up from $ 3.1 billion in 2021, ”said Jennifer Layden, Kalera’s Texas regional sales manager. Located near the intersection of U.S. Highway 59 and Rankin Road, Kalera’s new facility expects to produce 15 million heads of lettuce a year, Layden said.

Kalera’s futuristic facility allows the lettuce to grow without soil in vertical stacks as high as 30 feet. “Kalera uses hydroponics in which plants are grown in a mixture of water and nutrients instead of soil, using 100 percent artificial LED lights,” she said.

“Our mission is to serve humanity with fresh, safe and affordable food. Our value is to do the right thing while growing the future with this new technology. ” 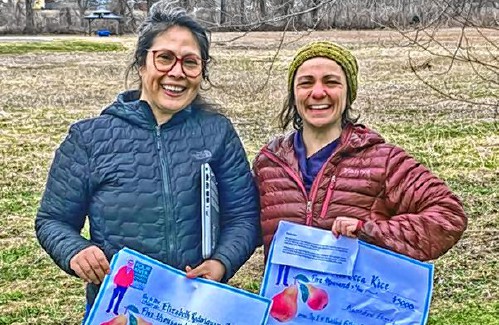