We all heard about the guy who spent millions on make believe land in a blockchain video game called Axie Infinity. Who he will eventually sell that to and why that person would even want it, is anybody’s guess. The profititability of that purchase all depends on how popular Axie is, going forward. And whether or not that land can be monetized.

But here is the thing – there might be something to this virtual real estate market. It’s new. It’s booming. The language is still being developed for it, in order to convince investors and not just coders glued to a computer, that this is not like trading Pokemon cards.

“It’s not crazy,” says Batis Samadian, founder of SPACE, a metaverse startup. They raised $ 7 million in early round founding in December.

Virtual “land” is needed to create a map and coordinates for 3D experiences. There is currently standardizations and protocols being formed by an alliance of metaverse developers to fuse the different maps of virtual worlds and create this first-ever 3D internet experience, which will be the standard look of the metaverse of the future.

“Think of what you do on your land as the same thing you are doing when building a website. Your goal with a website is essentially the same as with a piece of land. You are building a 3D website which is selling an immersive experience whether it’s shopping, an event, a class, or a subscription service, ”Samadian says.

Everyone’s favorite virologist, Bill Gates, recently predicted that by 2026, we will be having meetings on Meta (FB) instead of Zoom and we will pay for our own avatar skins. Someone will own that office space. We will probably need to pay them rent.

“The idea is that you will eventually use your avatar to meet with people in a virtual space that replicates the feeling of being in an actual room with them,” he said in his end of year comment posted on his GatesNotes blog on December 21.

To do this, you’ll need animatronic-like wearable tech and most likely virtual reality goggles to accurately capture your expressions, body language, and the quality of your voice, Gates said.

This stuff doesn’t exist yet, but for some reason, the place where all of this is supposed to occur – a 3D internet with its own real estate market – is now on every cryptocurrency investor’s radar.

Even Snoop Dogg is getting in on this, attached to the Sandbox protocol.

“There is a big time land rush going on right now and it is not anywhere near your house, or anywhere near any of our houses, in fact,” CBNC Squawk Box host Andrew Ross Sorkin said in a segment on this that aired February 1 .

The Metaverse Real Estate Use Case

Let’s say you bought a plot of land in some blockchain game, and paid $ 5,000 for it. How would you, in theory, monetize that?

New use-cases are popping up everyday, but here is a list given to me by Srini Anala, CEO of Bullieverse, a metaverse game with its own non-fungible tokens for use in their virtual gamer world. Some ideas from Anala:

Some of this still is a head scratcher to retail crypto currency investors who are more interested in buying the tokens than in using these platforms. For example, you might be invested in Tesla
, but not drive one. You understand the value of Tesla and its rockstar CEO, so you buy the stock. The same goes with the metaverse.

For now, it seems that a lot of the above can be done in old-school cyberspace. Who needs a 3D metaverse?

It can also be done in real life, though real-world bricks and mortar and steel cost a lot more than 0s and 1s.

“Every disruption feels crazy at the start until it is not,” says Anala. “These are the very early days for this market, and there will invariably be a few dips and corrections along the way, with several large organizations like Adidas, Samsung, and even JP Morgan embracing it. There are new revenue and utility models emerging for virtual lands, and that will continue to define how this space evolves over the next 5-10 years. “

So, you buy land, harvest resources, craft items and spells in a blockchain game like Bullieverse, and either sell the resources, rent or use the items and spells to earn money. And if the game grows and the game’s economy makes sense there might be increased demand for the land and there could be asset appreciation beyond what you paid for it. That was the modus operandi behind the record-breaking Axie land deal last year.

“It always comes back to utility for me. What does owning this piece of virtual land get me? ” says Jesse Reich, CEO and co-founder of Splinterlands, yet another blockchain game, only one where there are professionally gamers who make a living at this.

“When I own a house it gives me the opportunity to shelter my family. I need that shelter to protect me from the elements. I don’t have the same requirements of a digital home, ”Reich says. “So, I need this virtual real estate for entertainment or there’s utility in an ecosystem… powered by NFTs. I think these are going to be the hardest form of money on the planet and will eventually outpace real estate, ”he says about the items that will be sold on your virtual plot of land, in Snoop’s virtual night club.

Each Metaverse real estate has different use cases, most commonly where landowners have the rights to build and deploy content providing services to players and users in the metaverse.

“Owning land in the metaverse has value only if there are a lot of users and visiting your area,” says Lucaz Lee, Founder, CEO of Affyn, a play-to-earn metaverse game. “With users visiting your area, you have eyeballs where you can monetize with advertisement or you can charge a fee for participation. But with little users in the metaverse, there’s very little value to the land you own there. It sounds crazy because of the highly speculative nature of a piece of land … some of them are drastically overpriced, ”Lee says.

Education in the 3D metaverse? Why not.

Factory floor tours conducted from thousands of miles away? Yup. In real time.

Nightclubs and Sims-like VIP hangouts with A-listers? Of course.

I always think back to the world of Caprica. Science fiction fans who were hooked on the re-imaged Battlestar Galactica starring Edward James Olmos on the SyFy network probably saw the prequel series, Caprica.

On that fictitious planet, teens put on VR googles, thin as pencils rather than clunk like existing Oculus headsets, and transported themselves into nightclubs with friends.

Today, when we do that, our avatar characters look like some character in Minecraft. But in the future, it will look more like Caprica – a deep fake imitation of yourself.

The Affyn game trailer is a nice example of the Caprica-style metaverse. A girl in a coffee shop is surfing her phone, finds a ring on the table where she is sitting, puts it on and – bam! – she’s in a virtual world of trees and lakes and cute flying creatures. She sees her hand di lei in the game with the ring on.

Some of these games are beautiful works of art. If I had 8 hours to kill and learn how to play, I’d hop around the Bullieverse Island for a while.

“Consumers are increasingly moving away from flat social / commerce environments and into fully immersive 3D spaces. And brands and investors are buying land in the metaverse to facilitate these experiences to meet customer demand, ”says Matthew Larby, founder and CEO of Realm, a play-to-earn metaverse selling NFTs.

“Location is going to be as key for real estate in the metaverse as it is in reality,” Larby says. “The purely digital nature of these spaces gives the potential for far superior customer service, from hyper-personalization to real-life representatives who speak the customer’s native language.”

How are investors doing in the space?

The Roundhill Bull Metaverse (METV) exchange traded fund, which trades over 1 million shares daily, is in a bear market this year. It is down over 21% year-to-date. The Nasdaq is down around 7%.

Decentraland (MANA) is not much better off. It is down 19%, bordering on bear territory. Bitcoin is down only 2.9% YTD.

If you believe in the metaverse, maybe now is the time to put some money to work.

“The reason for all the hype lately is because people are speculating that a specific metaverse platform they invested in has high potential that they will have a lot of users in the future,” says Lee from Affyn. “But because of the speculative nature of all this, prices of property in the metaverse keeps increasing. If the specific metaverse you are invested in succeeds, and gets a lot of users, investors who bought in early will be deemed seen as being the smart guys, with good foresight, ”Lee says. “We are still early. Metaverse and virtual real estate is still very speculative. “

* The writer of this article is an investor in Decentraland (MANA), a popular metaverse game.

Ukraine war: Child refugee finds same doll in Surrey that she was forced to leave behind in Ukraine | UK News 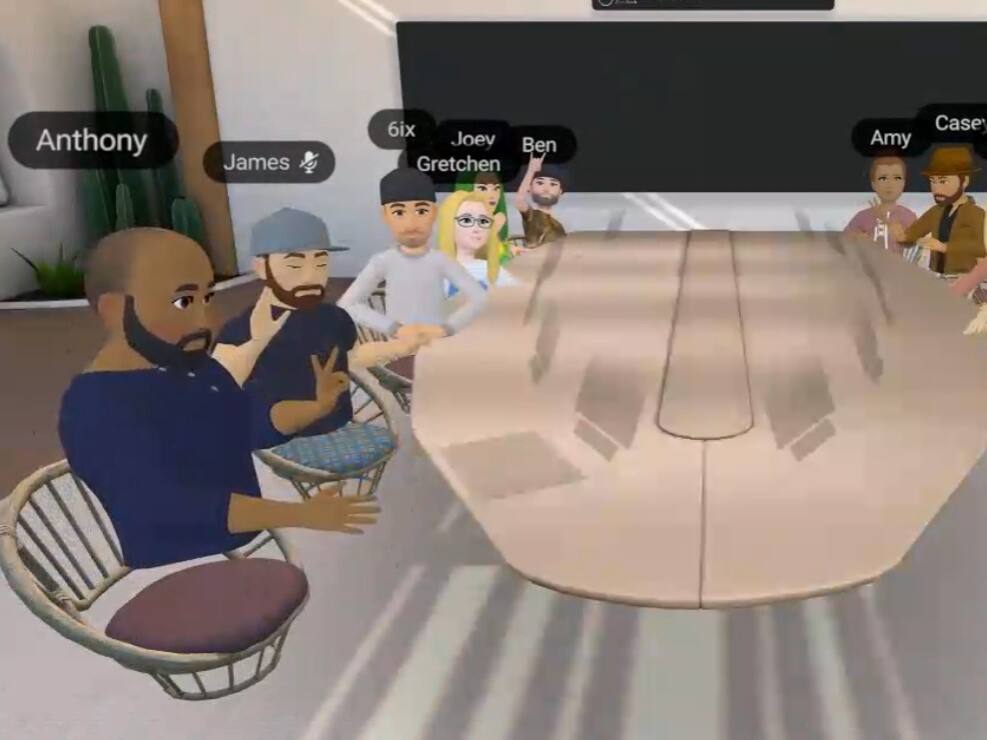 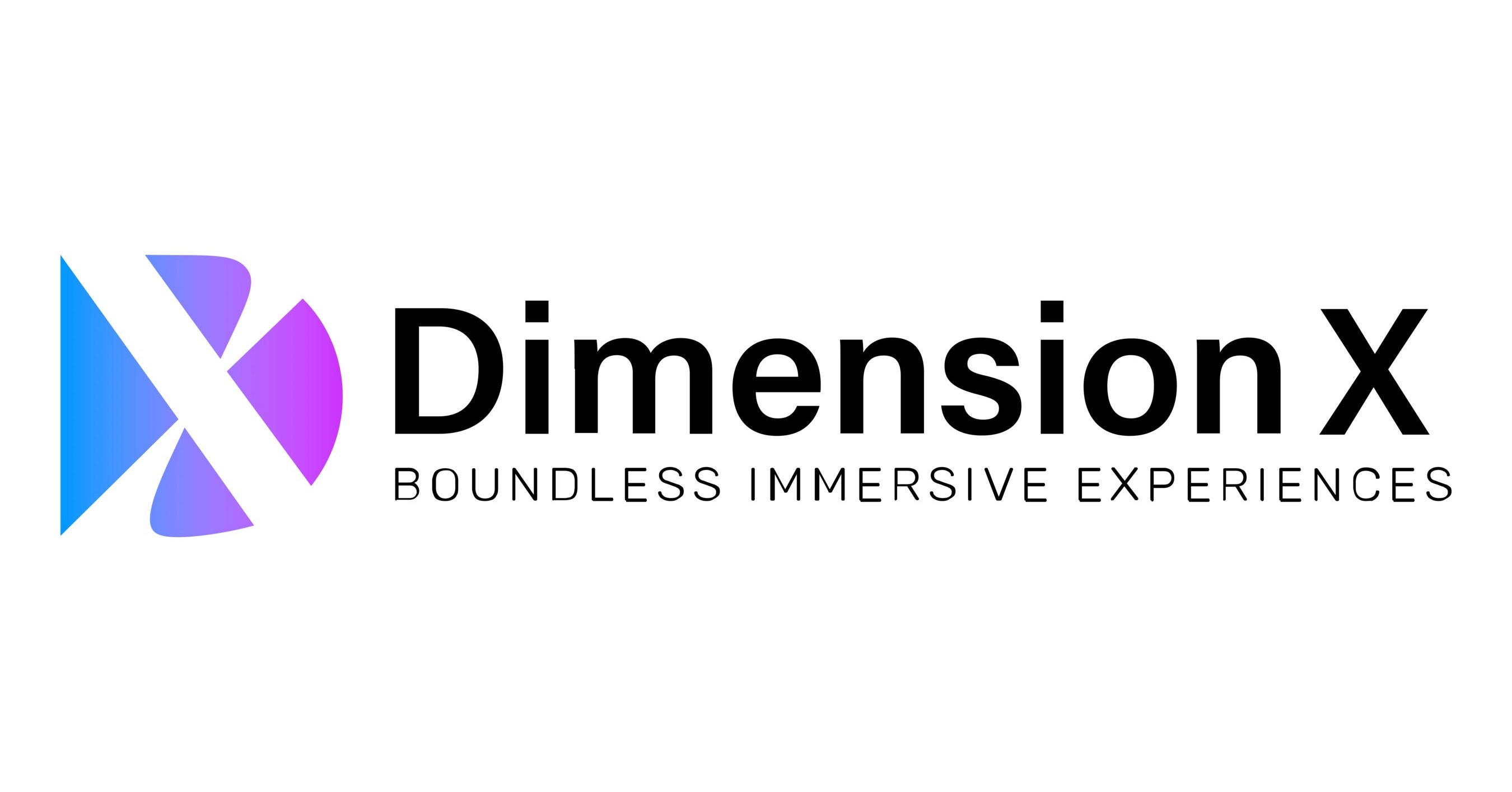