A WOMAN in her 40s has been seriously injured after her bicycle collided with a truck.

The collision took place in Celbridge, Co Kildare this morning.

The female cyclist was rushed to James Connolly Memorial Hospital to be treated for her injuries.

Gardai say the injuries are understood to be serious.

The road is currently closed to allow for a technical examination to be carried out by the Garda Forensic Collision Investigators. 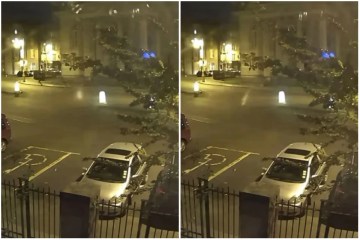 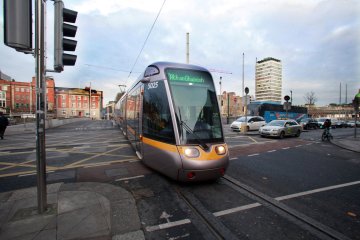 “At approximately 8am, Gardaí and emergency services were alerted to a collision involving a truck and a cyclist on the Shackleton Road, Celbridge.

“The cyclist, a woman in her 40s was taken to James Connolly Memorial Hospital to be treated for her injuries which are understood to be serious.”

They added: “The road is currently closed to allow for a technical examination to be conducted by Garda Forensic Collision Investigators. Local diversions are in place.”

Most read in The Irish Sun

Cops are now appealing for any witnesses to come forward.

They are also asking for any road users who were in the area at the time and who have video footage, including dashcam, to make it available to them.

Anyone with information is being asked to contact the Leixlip Garda Station on 01 666 7800.

Alternatively, witnesses can contact the Garda Confidential Line on 1800 666 111 or any Garda station.

Separately, three people were taken to Tallaght University Hospital as a precaution following a devastating six-car pile-up on the M50 earlier this month.

A spokesperson said: “Gardai attended a six car road traffic collision at Junction 9 on the M50.

“Three people were taken to Tallaght University Hospital as a precaution. The road remains open.”