Lt. Gov. Deidre Henderson points to one of the 5,703 Utah state flag designs posted to the walls of the Utah office building in Millcreek on Thursday. The state will narrow the field down to about 20 by August as it searches for a new state flag. (Carter Williams, KSL.com)

MILLCREEK – Lt. Gov. Deidre Henderson strolled down a hallway filled top to bottom with Utah flag designs Thursday when one caught her eye, forcing her to crouch down to get a better view.

It was a blue outline of the famous Delicate Arch at Arches National Park pictured underneath an orange sun with three orange lines in the space below the famous rock that made the shape of a beehive. Minutes later, when Hendersen found Utah Department of Heritage and Arts executive director Jill Love, she directed Love’s attention to this design.

“Did you see the one over here? It has a beehive and an arch,” she said, gesturing to it.

This design is one of 5,703 designs that members of the Utah State Flag Task Force collected over the past few months as the state looks to redesign its state flag. Members of the task force got their first glimpse of these thousands of designs in a unique way Thursday, as every one of the thousands of designs was taped to the wall of the heritage and arts department’s temporary offices in Millcreek.

It’s the start of a long process to narrow the designs down to about 20 finalists over the next several weeks. David Wicai, the director of strategic initiatives for the Utah Department of Cultural and Community Engagement, says everything is still on track for the public to get their first look at the top designs in August.

A vote to adopt a new state flag is expected by the end of the year.

The Utah State Flag Task Force formed last year as the state began looking for a new flag that’s unique and stands out. The current flag has remained untouched for over a century, but it’s also one of about two dozen from across the country that is a state seal on a blue background.

The task force began the process of collecting flag designs in January, launching a website where people could submit flag designs. The 5,703 designs collected between then and April came from a mixture of Utah students, residents and even fans of flag design from all over the world.

Fifty of the designs were crafted by five professional companies in the state that were hired; their work was mixed within the amateur designs to allow for equal competition as the process to narrow down the field begins, Wicai said.

“When you see them on the wall, it’s really humbling and amazing to see all of the involvement that the state had in the project and how many people showed up to participate,” he added. “It’s almost like looking at 5,703 individual portraits. Each flag tells an individual story but it also tells, I hope, a story of what they see could represent all of us.”

It’s clear from the walls that Utahns were on the same page on certain topics. Mountains and red rocks are a common theme, as are items related to bees. Plenty of designs feature beehives or honeycombs, some even included drawings of bees.

One of the designs puzzled Henderson because she thought it looked like a shelf before realizing it was a modern square beehive. The domed beehive, or skep, that Utah is traditionally associated with hasn’t been used for over a century by beekeepers and is actually illegal in the United States.

Several designs contain Utah’s state flower, the sego lily, while others note the state’s prehistoric dinosaurs and place in railroad history. Others highlight seagulls, elk and cherries, which are the state bird, animal and fruit, respectively.

But there are many unique designs in the bunch. A pair of designs feature an onion, which also stumped Henderson, Love and everyone else touring the designs until someone in the room, searching online, blurted out that the Spanish sweet onion is the state vegetable.

A few even submitted Utah’s 125th-anniversary flag that flew over the Utah Capitol last year.

Then there was the straight absurd. A flag featuring a dinosaur skiing down a mountain near a fish that is holding a firearm garnered plenty of laughs. There were some other joke flags, as well, but most of the designs offered a genuine view of the state from different lenses. That’s what Wicai noticed when he saw the flags come in.

As for colors, various shades of blue and orange seem to dominate the palette, along with white. However, every shade of color imaginable ended up on the wall. A few flags even took a page from the Utah Jazz, either with purple or the team’s southern Utah-themed City Edition jersey color scheme.

Henderson admits she wasn’t sure what to expect when the design submission process began. However, after seeing the final output – including the sheer number of designs – she’s thrilled about the next task of trying to find the perfect state flag for Utah.

“We have a lot of beautiful options, a lot of unique designs,” she said. “Creativity is on display here. … It’s been really fun for me to see how many different symbols there are when people think about what Utah means to them.”

Many of the designs the state received mirror the 1,500 text submissions of values, symbols and colors that Wicai presented the task force with last month. Much like those designs, mountains, Delicate Arch, red rocks, snow, the Great Salt Lake and national parks were all popular ideas for the state flag. Red and orange, blue and white jumped to the top of the leading flag colors in that process.

While a few designs caught Henderson’s eye Thursday, she’s not completely sure she’s seen the winning design yet.

A design review committee will take a look at all 5,703 flags on Friday, where they will begin the process to pick designs they believe are worthy of further consideration. They will meet again next month to whittle the field down more until about 20 designs are left.

“I think the cream will rise to the top,” Henderson said, adding it’s even possible that the actual winning design isn’t on display yet because there’s a chance that two ideas or more ideas will be blended together in the future, as Salt Lake City did during its flag redesign process two years ago.

We may or may not have a (new) state flag. I think we will. I think it’s going to be something everyone can be excited about.

Utahns will be able to see these 20 or so finalist designs not just online in August, but in physical flag form. Wicai said the plan is to manufacture the semifinalist designs into the actual flags that people can see flying in person.

The Utah State Flag Task Force and the members of the review committee will take the feedback they get from the public on the 20 finalists to narrow the field to three. Then the task force will pick one design that the Utah Legislature will vote on during a special session by the end of the year.

The Legislature will have the final say, so it’s also possible that none of the designs on display will end up on the Utah Capitol flagpole.

“We may or may not have a (new) state flag. I think we will. I think it’s going to be something everyone can be excited about,” Henderson said. “I think there’s an opportunity for tourism, for people to (showcase while out of state), for something that people can be proud of and help identify them as Utahns.”

Carter Williams is an award-winning reporter who covers general news, outdoors, history and sports for KSL.com. He previously worked for the Deseret News. He is a Utah transplanter by the way of Rochester, New York.

Online learning to be 'big part' of college business

Utah’s next state flag: What will it look like? Here are the designs 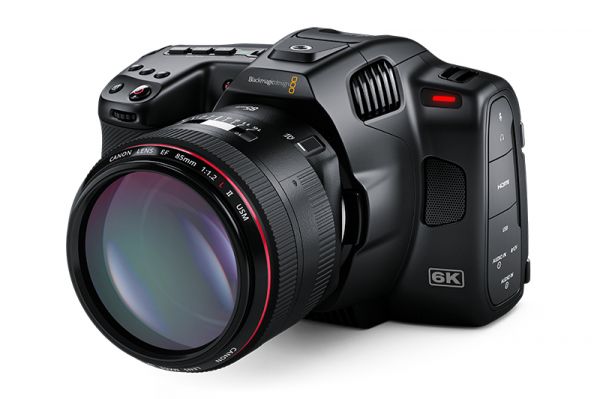