Why do people take on private student loans?

The cost of attending college has been rising steeply, with the annual price tag of a public college, including room and board, at more than $ 18,000 and more than $ 47,000 for a private one.

There are limits to how much students can take out in federal loans – the most an undergraduate can borrow in a year is $ 12,500 – and so many turn to private financing to finish covering their bill.

As a result, the $ 130 billion private student loan market has grown more than 70% over the last decade, according to the Student Borrower Protection Center.

Americans owe more in private student loans than they do for past-due medical debt or payday loans.

Should students ever borrow via private lenders?

People should consider taking out a private loan when they have reached the federal student loan limits and still need some education financing, Kantrowitz said.

But, he added, “borrowing private loans may be a sign of over-borrowing, so they should do so with caution.”

One rule of thumb is that students should not borrow more in college than they expect to earn as their starting salary.

You can look up annual average incomes for different occupations at the US Department of Labor’s website.

Here’s what else to watch out for …

Federal student loans offer a variety of protections, including forgiveness programs and interest-pausing forbearances, that most private student loans do not.

Most recently, federal student loan borrowers have been able to press the pause button on their payments for close to two years during the Covid pandemic, without interest accruing. That relief wasn’t extended to private loans.

“There’s also the prospect of broad student loan forgiveness, which may be limited to federal loans,” Kantrowitz said.

“We almost always advise against private loans,” said Betsy Mayotte, president of The Institute of Student Loan Advisors, a nonprofit.

“If you cannot make the payments, the lender can sue to get access to wage garnishment, asset seizure such as bank accounts, and that’s for both the borrower and the co-signer.”

As Mayotte pointed out, many private lenders require students to get a co-signer who is equally liable for the debt.

If payment challenges arise, both people are on the hook.

“I hear from borrowers and co-signers weekly who can’t afford the payments and there’s just not any options I can give them,” Mayotte said.

“Generally, borrowers should prefer a fixed rate in a rising-rate environment, even though the variable rates may start off lower,” Kantrowitz said. “Variable interest rates have nowhere to go but up.”

Either way, the rates on the loans can be pricey.

Coming home for the summer: Your college student and you 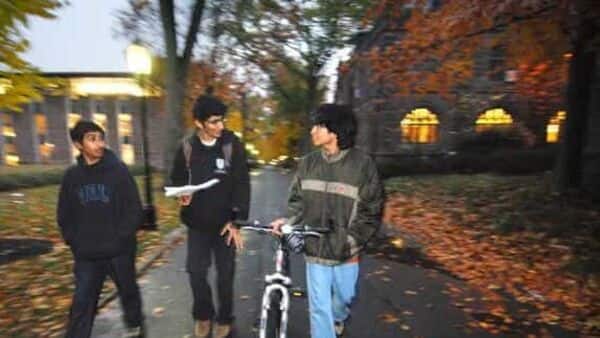