Facebook Twitter WhatsApp Telegram
The next top of the Volvo line will be a spacious 3-row luxury SUV. That’s nothing new. But the new flagship is no XC90 replacement. Instead, it will be all-electric. And it will include one of the most advanced suites of driver assistance systems yet offered for sale.

The 2024 Volvo EX90 will break cover on Nov. 9, Volvo says. Details are limited at this point, but the company known for its safety innovations is emphasizing its extensive suite of high-tech driver assistance features more than any other feature of the car.

“We’ll continue to innovate until cars don’t crash anymore,” the company says, and “until we’re 100 percent carbon free as a company.”

In pursuit of that first goal, Volvo says, the EX90 will feature what Volvo calls a “driver understanding system.” It uses eight cameras, five radar units, 16 ultrasonic sensors, and a forward-facing LiDAR to “create a 360-degree real-time view of the world.”

It will also monitor you Volvo says. “We know that distraction and tiredness are facts of life, and that they travel with us. We know that you may not always be at your best, for whatever reason. And in traffic, it only takes a few seconds for the unthinkable to happen.”

So the system “will alert you, first softly nudging, then more insistent if needed” of dangers ahead. “If the unthinkable happens, and you fall asleep or get sick while driving, the EX90 is designed to safely stop and call for help,” the company says.

That’s all the details we get for now. 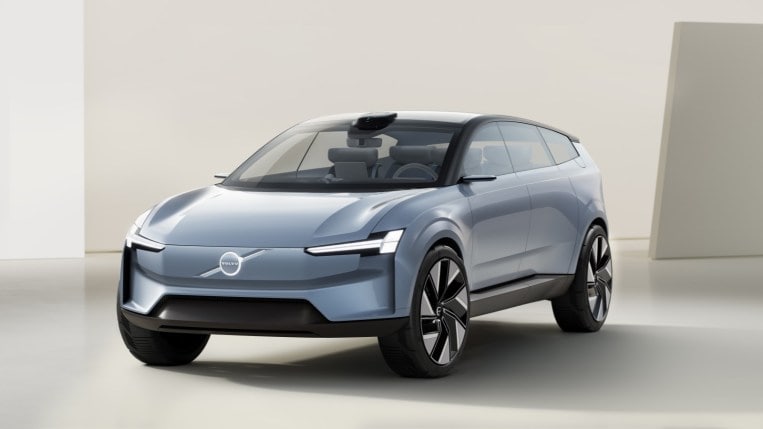 We expect the EX90 to look a lot like the Recharge Concept the company showed off last summer. That car blurred the line between SUV and wagon. It used a tasteful, minimalist cabin that featured thin-framed seats and an almost entirely uncluttered floor.

An electric flagship is a natural next step in Volvo’s plan to go all-electric by 2030.

In January, the company also announced plans to sell something closer to an autonomous car than anything currently on American roads.

SAE International, a global association of engineers and related technical experts in the aerospace, automotive, and commercial vehicle industries, has set the industry standard for evaluating self-driving systems. They organize autonomous driving systems into five levels.

The driver assistance systems currently on sale, like Tesla’s Full Self-Driving or Ford’s BlueCruise, are all rated as SAE Level 2 systems. Volvo announced plans to introduce a Level 3 system, which would allow a car to navigate even neighborhood streets on its own without driver input, provided a driver was ready to take over at any time.

It’s not clear whether Volvo considers the EX90’s “driver understanding system” to be the first Level 3 offering. But it clearly won’t get here this year.

After Hurricane Fiona, avocados have become a currency of the community in Puerto Rico