ESB crews have been working through the night and into this morning to restore power to thousands of customers following the rolling thunderstorms.

he energy provider’s ‘PowerCheck’ webpage shows that homes and businesses have been impacted in pockets across the country.

An ESB spokesperson said: “Lightning strikes associated with Met Éireann’s orange thunderstorm warning caused a number of faults on the electricity network yesterday evening and early this morning. Crews have been restoring power as and when the faults occur.

“The largest outage was in Castlecomer Co Kilkenny where 5,000 customers lost power at 5 am this morning. Power was fully restored by 6:30 am. Elsewhere across the south, Midlands and West, smaller pockets of customers have been impacted, and crews have been mobilizing rapidly to restore power quickly and safely where weather-related faults occur.

“Real time updates are available on www.powercheck.ie. We apologize to customers for the inconvenience caused.”

1,013 ESB customers are still without power in Thurles, Co Tipperary, with the power set to be restored by 2.30pm.

It comes as Met Éireann has warned of intense thunderstorms today, bringing with them a risk of flooding and possible hail in places today.

A nationwide orange thunderstorm warning is active until 9am, while a separate orange alert for counties Carlow, Kilkenny, Wexford, Wicklow, and all six counties in Munster will remain in place until 4pm today.

We need your consent to load this Social Media content

We use a number of different Social Media outlets to manage extra content that can set cookies on your device and collect data about your activity. Please review their details and accept them to load the content.

“While the thunderstorms have cleared now for most places, there was a few in south Leinster over the past couple of hours. More developing as we go through this morning and this afternoon, so mainly focused over the south and southeast but really right up across Leinster there are more thunderstorms forecast to develop through later this morning and the afternoon as well and potentially into this evening too.”

Speaking on RTÉ’s Morning Ireland, Ms Hughes warned of further heavy rainfall, spot flooding and the chance of hail, which she said motorists should be particularly aware of.

“The ground is so dry, so any rain that does fall on it isn’t going to be absorbed, it’s going to run off the surface… So certainly through the rest of today, there is a likelihood of spot flooding from heavy and slow moving downpours,” she said.

We need your consent to load this Social Media content

We use a number of different Social Media outlets to manage extra content that can set cookies on your device and collect data about your activity. Please review their details and accept them to load the content.

Ms Hughes added that the thunderstorms have marked the end of recent heatwave conditions. She said “typical August temperatures” will return from tomorrow onwards.

Highest temperatures today will range from 15C to 17C in the north and west, and between 18C and 23C.

Tonight showers will gradually die out in the south to leave a mostly dry night with clear spells and lowest temperatures of 10C to 14C, warmest near the east coast.

Met Éireann said tomorrow it will be cooler and quite cloudy with scattered light showers, although many areas will have a dry day. Highest temperatures of 15C to 19C are forecast, mildest in the south.

Showers will die out early on Tuesday night, leaving a dry night with a mix of clouds, clear spells and lowest temperatures of 8C to 12C.

Met Éireann said Wednesday will be a largely dry day with a mix of cloud and sunny spells in the morning and more widespread hazy sunshine developing in the afternoon. Highest temperatures of 16C to 19C are expected, warmest along the south coast.

There will be clear spells early on Wednesday night for eastern parts, however, rain will move in from the west overnight. Lowest temperatures will range from 9C to 13C degrees, mildest in the west.

On Thursday a band of rain, which may turn heavy at times, will cross the country through the day. Met Éireann said it will be followed by scattered showers through the evening, clearing to more widespread sunny spells in the west. Highest temperatures of 16C to 19C are forecast.

Clear spells and scattered showers are expected on Thursday night. It will be mild with temperatures generally not falling below 10C to 13C.

On Friday scattered showers will gradually ease through the day, while a band of rain will approach western coasts later in the day. Highest temperatures of 15C to 18C are forecast.

“Current indications suggest that the weekend will be changeable with occasional rain or showers,” Met Éireann said. 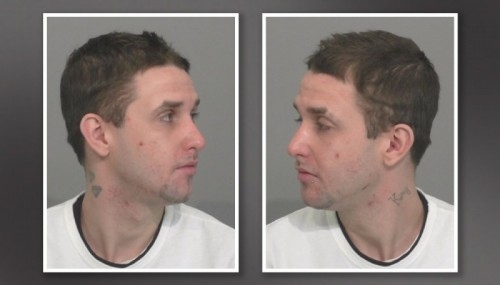