Millions of people across southern Ontario and Quebec are under heat warnings this weekend. An extremely hot, humid and uncomfortable air mass will stick around, continuing to feed a thunderstorm threat across Central Canada, as well. Due to the high humidity and atmospheric moisture content, storms that do develop will have the ability to produce torrential rainfall — increasing the chance of localized flooding. The threat of storms will be localized, however. For details on the heat, humidity and thunderstorm risks this weekend, read below.

MUST READ: What to take on a day trip to the sunflower fields

Good portions of southern Ontario and Quebec are covered by heat warnings as temperatures are expected to hit the low 30s this weekend with overnight temperatures not dropping any lower than the low- to mid-20s, offering little relief at night. Humidex values ​​are expected to reach the low 40s.

As the heat and humidity rise, so, too, does the chance of thunderstorms.

A cold front positioned across northeastern Ontario and central Quebec on Saturday will bring a line of storms to the region.

As for southern Ontario, there won’t be a major trigger in the region. However, due to the hot, soupy air mass, the possibility of a pop-up, heavy shower or thunderstorm is possible. Most of the day, however, will remain dry.

On Sunday, a cold front will track south through the late morning and early afternoon period, bringing a better chance of storms to Central Canada.

Any thunderstorms that initiate will have the ability to tap into ample amounts of tropical moisture in the atmosphere, producing very heavy rainfall locally as they drift eastward. There will be a risk of localized flooding. In addition, storms may also produce locally gusty winds. 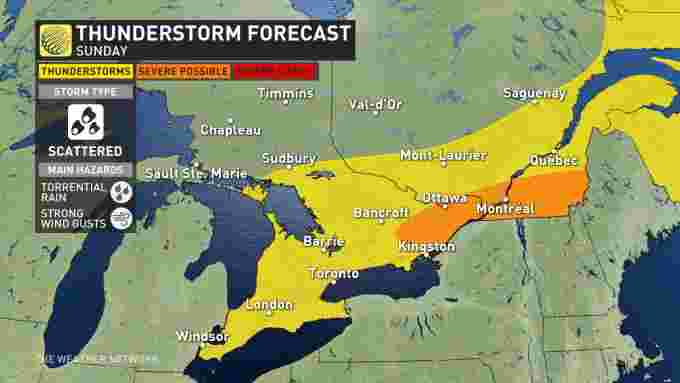 Since the arrival of storms will be reaching the Eastern Townships and Montreal area during peak daylight, more instability present will allow for some severe storms in the regions, extending westward into southeastern Ontario, as well.

The threat of storms will be localized, however, and not everyone will see them or any rain for that matter.

MUST READ: Your mid-summer guide to lawn maintenance products

Beyond the weekend, the active weather pattern will continue into early next week. A developing low-pressure system early Monday into Tuesday will allow for more of a widespread rainfall across southern Ontario and Quebec.

As well, the extreme heat and humidity will ease by the middle and end of next week.

WATCH: How a single Ontario storm can skew your perception of summer

Stay tuned to The Weather Network for the latest forecast details for southern Ontario and Quebec. 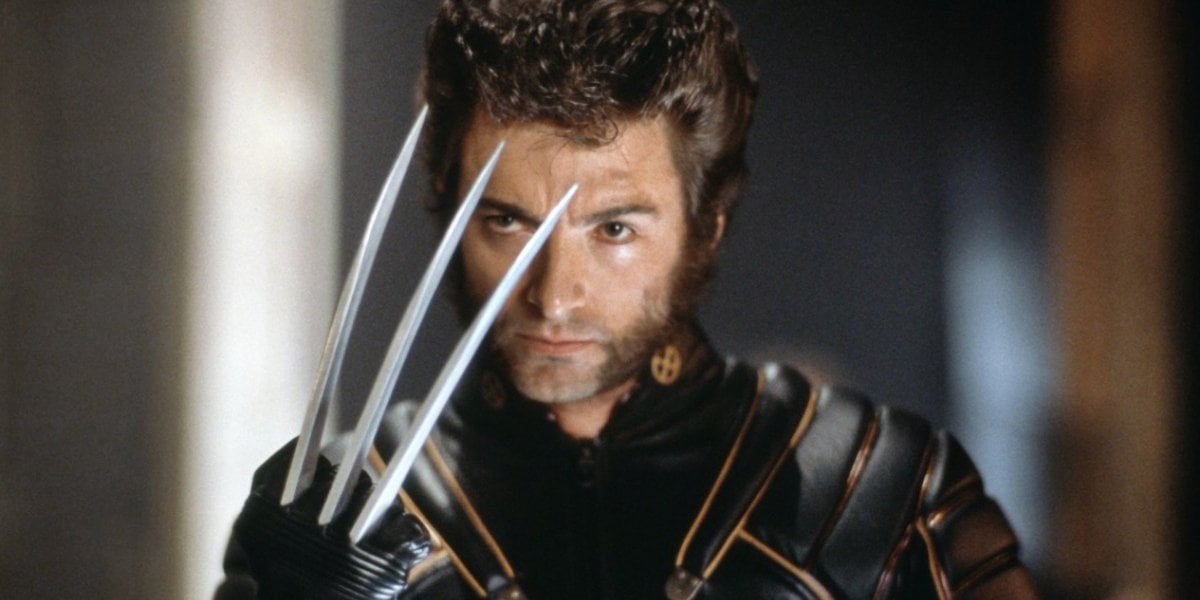