drug price controls in the US Senate are being met with dire warnings that such an approach will stifle innovation, shut off the pipeline of new medicines, and cost lives down the road. Is innovation so fragile that a modest reduction in profits of global giants could seriously impact the supply of new drugs?

Small companies originate more than half of all new medicines. Yet the high-cost drugs that lawmakers would target are sold by global giants. Many of them make so much money that they return “excess” profits to shareholders through share buybacks. Congress believes that they can take a portion of those excess profits to balance the federal budget or fight global warming with little risk to productivity.

The industry replies that eliminating “excessive” returns with price controls would remove the financial foundation of the innovation ecosystem.

When a company — large or small — considers developing a new treatment, it estimates future returns based on the drug’s ability to lower the cost of caring for patients. Alzheimer’s disease, for example, costs the US $355 billion per year, which is expected to increase to $1 trillion a year by 2050. Companies developing a drug to treat Alzheimer’s weigh the expected payoff against a 99% failure rate and an investment of between $1 billion and $3 billion over 10-plus years. Despite those odds, there are 143 drugs in clinical trials for Alzheimer’s disease.

What would an effective treatment for Alzheimer’s be worth? Even at $50 billion — a net savings of more than $300 billion per year — it would be a good deal for the country. But would it be feasible with price controls? Humira, the highest grossing medication today, excluding Pfizer’s Covid-19 vaccine, sold $20.7 billion last year. Would the government allow an Alzheimer’s drug to generate more than twice those returns?

If Washington, rather than the market, sets the price of drugs, the question of value becomes secondary to political expediency. Companies and investors considering a new drug would not likely risk Alzheimer’s odds knowing that Washington would set a “fair” price for the drug. “Excessive” returns are the business rationale for developing an Alzheimer’s drug.

When Gilead introduced the first highly effective drugs to treat hepatitis C, the $12 billion in revenue they generated in one year so threatened budgets that Medicare and Medicaid restricted patients’ access to them. Price controls would have provided a simple solution to the $1,000-per-pill cost of these drugs, but no incentive to develop them in the first place.

Experts offer conflicting assessments of the expected drop in the number of drugs produced under the proposed legislation.

My own order-of-magnitude calculation indicates that the projected reduction in the federal deficit — the savings from price controls — of $288 billion over the next decade could fund the development of 100 to 250 drugs.

Researchers with the USC-Brookings Schaeffer Initiative for Health Policy estimated that the industry would lose 10 drugs over 30 years and dismissed the threat of undeveloped drugs as likely to “have little impact on the future health of Americans.”

A University of Chicago team put the number of lost drugs at 135 over the next 30 years and, speaking about cancer (which represents half of total clinical research), concluded that the proposed legislation “will greatly reduce the large activity already taking place in the most active drug class. In turn, this will raise cancer mortality.”

The Congressional Budget Office (CBO) appeared to agree with both groups. In January 2022 it forecasts a 10% reduction of the expected 1,300 total output of new drugs over the next 30 years. In July, the CBO suggested the loss would be just 10 drugs, then later raised the number to 15.

The Brookings, Chicago, and CBO analyzes all concluded that the potential loss of new medicines from price controls would be proportional to the loss of revenue, consistent with earlier studies. The Chicago group forecasts an 18% loss of industry revenue. Would developers of Alzheimer’s drugs similarly trim the pipeline by 26 drugs or, with no way to estimate controlled prices in the future, would they simply walk away?

The problem with the “experts'” forecasts is that they are not experts in innovation. Their data showing how pharma has previously responded to changes in revenue is dominated by returns to the largest companies, which can make proportional changes to their budgets. But small firms drive the most exciting and potentially valuable drug discovery. Early-stage biotech companies are not miniature versions of multinationals. They serve a specific purpose — innovation — and operate very differently than their larger counterparts.

Productivity depends on a healthy ecosystem that enables a sharing of responsibility, risk, and returns between large and small companies. While big pharma companies support global infrastructure for research, development, sales, and distribution, the smallest firms focus entirely on clinical trials. They have no income, but live hand-to-mouth, depending on “good data” from current trials to fund the next ones. Their money comes from venture capitalists and institutional investors, like pension funds.

To attract capital, the highest-risk projects require the greatest future returns to cover expected losses. Even a modest drop in potential earnings could put biotech below the threshold for institutional investors, who can place their money in safer, more profitable industries.

Few outside biopharma realize that returns on investment in new drugs are perilously thin. A miniscule number of blockbuster products, like Humira and Covid-19 vaccines, achieve double-digit billion-dollar sales. But studies by Deloitte show that industry profits from drug development, excluding Covid-19 related assets, were a paltry 3.2% in 2021, far below a level that would justify the cost and risk of pursuing new medicines. Even a modest reduction in revenue could turn expected profits negative and drive investors to other industries. Interestingly, the return more than doubles to 7.0% if pandemic products are included, reflecting the sensitivity of the market and the impact of extraordinary performers.

“Blockbusters” characterize the unique risk-reward profile of investment in biopharma. A very few products make virtually all the money. On average, roughly 10% of all drugs tested in clinical trials reach approval. Of those, my research shows that 20% prove to be commercially successful, covering both their cost and the cost of the many failures. Of the roughly 2% of drugs that are sufficiently profitable, only a tiny minority make the outsized returns the public focuses on. Despite the highly concentrated nature of industry sales, all companies depend on that money, directly or indirectly.

The largest companies end up with a disproportionate number of blockbusters because many of the most successful startups seek to be acquired, rather than take on the added expense — often hundreds of millions of dollars — and risk of marketing. Returns to the very few highly profitable–and most likely to be controlled–products support drug discovery across the industry, not simply with in-house R&D but through partnerships, licensing agreements, and acquisitions. Share buybacks provide capital to institutional investors and the incentive to reinvest in biotech.

The Democrats’ proposal calls for controls to start with the 10 drugs each year driving the greatest cost to the government and the most revenue for pharma. The number would rise to 20 drugs per year over the next decade. But once the mechanism of price controls has been established, will politicians resist the urge to expand the program?

The failure of pharma and Congress to understand innovation

In response to increased revenue, R&D investment by major biopharma corporations has more than tripled since 2000. Yet critics point out that new drug approvals have remained essentially flat. The layers of management and overhead required for global operations have grown faster than output. Pharma must use capital more efficiently or it will remain a political target. To do that it must invest more, not simply in partnering and acquiring biotech companies, but in growing the entrepreneurial community.

For their part, policymakers are wrestling with a problem of their own making. No one can change the fact that the cost of developing new treatments is high and will continue to grow, as the complexity of science and the cost of care increases. If prices were not high, companies could not afford to make drugs. As long as policymakers define the problem as high prices, innovation will be at risk.

The good news is that medicines are generally cost effective, meaning that the savings in patient care and regained productivity exceed their cost. The government spent $19 billion to underwrite the development of Covid vaccines. Giving them away free of charge saved 2 million lives, $900 billion in health-care costs, and trillions of dollars in lost productivity. Washington would come out money ahead if it purchased drugs at today’s prices for those in need.

If it ain’t broken…

The solution to affordability is not to use controls to set prices below the cost of developing new drugs. Those funds support the partnerships between small and large companies that sustain innovation. Covid vaccines originated in small biotechs. Large companies brought the medicines through clinical trials and delivered billions of doses to the market in record time. The government underwrote the process when the risk and capital requirements exceeded market capabilities.

Molecular medicine offers an unprecedented opportunity to treat disease. Working together, Americans must support as robust an innovation ecosystem as possible and hope that when the next medical crises arise, for them personally or society, biopharma will have treatments within reach.

Standish Fleming is the founding managing member of San Diego-based Forward Ventures, which invests in early-stage and startup biopharmaceutical companies. 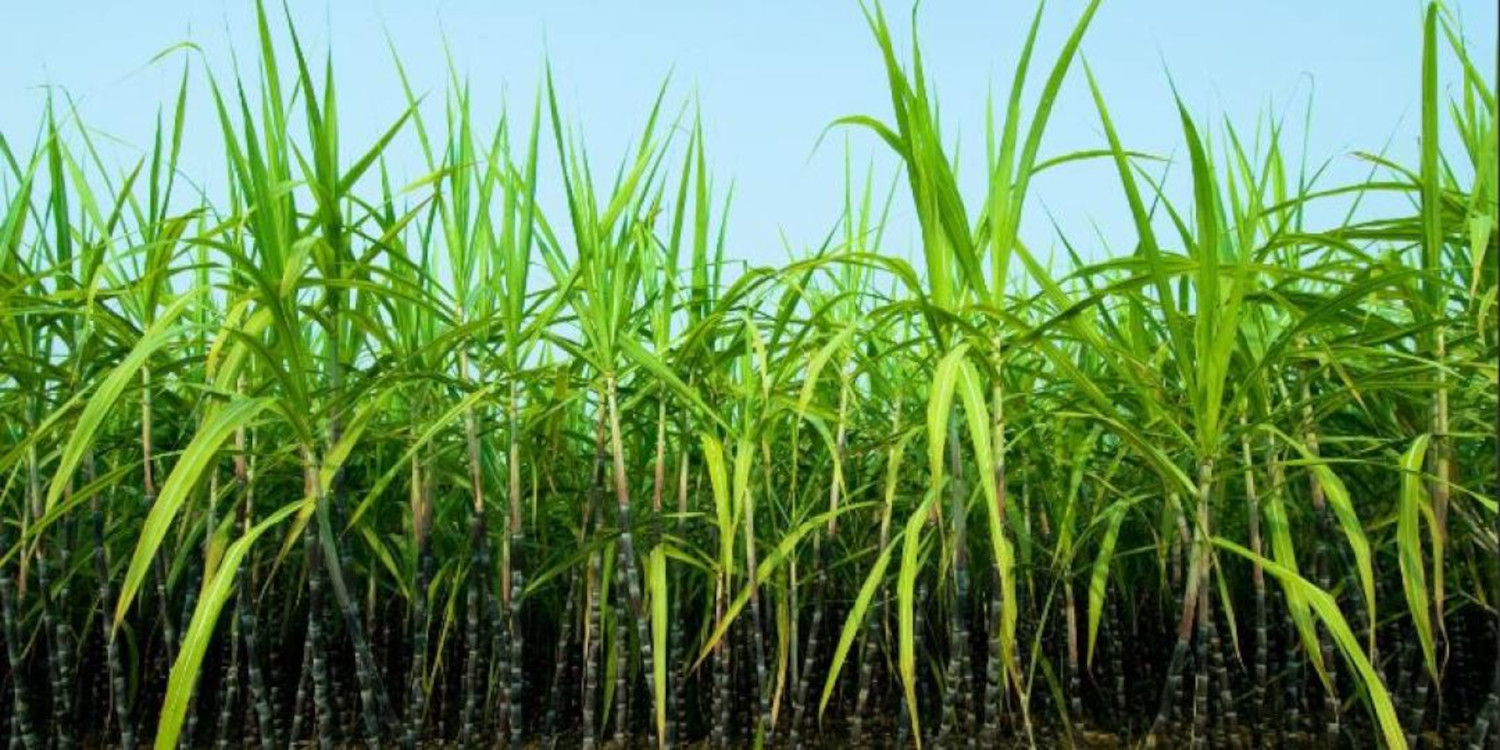 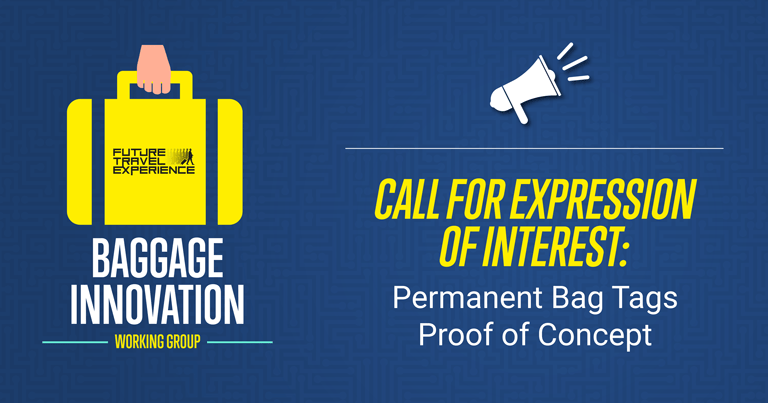