MILAN – Istituto Marangoni has made its move into the metaverse.

After having launched campuses in Milan, Florence, Paris, London, Mumbai, Shanghai, Shenzhen, Miami and Dubai, the school has unveiled “The Talent District,” its metaverse space aimed at enhancing engagement with its Gen Z students and developing their digital skillsets as well as showcasing a selection of their projects, events, talks and collaborations with other companies in the fashion and design industries.

Boasting an intuitive user experience, the virtual space includes different areas that visitors can explore through their avatars. These are gold figures wearing flowy capes – both choices intended to avoid references to any body type, gender, race or age – and that are customizable through the color of the clothes and graphic symbols on the face.

At the moment, accessible pavilions in The Talent District include The Infopoint, collecting information on courses and study areas – which are exemplified by the sculptures of a needle with moving threads, a paint brush and a curved chair representing the fashion, art and design disciplines , respectively – and The Exhibition Pavilion showcasing virtual events and the work of the best students introduced by their own avatars.

The Theater, housing lectures and talks; The Archive, collecting all past activities and projects, and The Partners’ House displaying projects created by students for partner companies will be rolled out in upcoming months.

“This is a project meant to be expanded time after time, with more buildings and activities,” confirmed Stefania Valenti, managing director of Istituto Marangoni. “We called it ‘district’ to telegraph this idea and as a nod to Made in Italy, which has always been based on the excellence of different districts.”

Valenti underscored that the same attention to local companies was given to selecting the tech partners to develop the metaverse project. The university mainly tied-up with Italian realistic avatar-maker IGoodi; Florence-based digital and mixed reality creative studio Monogrid, and Milanese start-up AnotheReality, which specializes in the development of immersive extended reality solutions, like AR and VR.

“They are all young, fast and competent. We developed the whole platform in three months, ”said Valenti, explaining that the school first got in touch with these firms to implement projects as part of its design master’s degree courses.

The peak of the school’s metaverse experience is The Exhibition Pavilion, which grants access to different rooms resembling lunar caves according to the university’s disciplines. Each room showcases realistic avatars of the best students, which were created thanks to IGoodi’s 4D body scanning.

“It’s nice to have students themselves introducing their work,” said Valenti, showing a demo of a realistic representation of a student – voice included – explaining her final project, while a side board with information on her profile, description of her work as well as additional project assets appears on the screen. A link redirecting visitors to the email address of the school’s career service is also included with the aim of further prompting collaboration opportunities for students.

“We have started by showcasing our best talents but the goal is to extend these tools to every student and welcome all campuses of the group,” said Valenti, defining the virtual space as “a new forum, a meeting point for our community on a global scale. ”

So far, The Exhibition Pavilion has displayed the best works of the design course as well as livestreaming the Florence campus’ fashion show earlier this month.

The heavy lift is scheduled for October, when Istituto Marangoni is planning to showcase its best students’ fashion show IRL in Dubai and simultaneously in the metaverse through a 3D catwalk and realistic avatars of each model and look.

At the same time, Istituto Marangoni will also launch its new master’s degree course in “digital design for immersive experiences” to answer the industry’s increasing demand for professionals figures equipped with advanced digital and tech tools and a gamification vision. Monogrid’s creative director Francesco Bernabei and artist and sound designer Chiara Luzzana will be the mentors of the program.

The inception of The Talent District dates back to three years ago, when projects on VR and AR were included in the programs of product, interior and visual design courses, recalled Valenti.

Key ideas sprouted as students were invited to rethink spaces, not only in physical terms, with standout projects including the design of NFTs developed in collaboration with furniture company Cappellini and with Trussardi Casa.

Valenti also cited students Cecilia Monteleone and Manami Galliker as prime examples who inspired the school to deep dive into the metaverse. The former reinterpreted iconic Alessi products in the digital realm through AR, while the latter launched Hana, a 3D world resembling a whimsical garden intended to shed a light on digital wellbeing. To wit, Galliker’s game app has been created to offer a relaxing space during the pandemic also through a guided meditation coach and relaxing sound mixer, in addition to the digital garden that can be experienced through VR.

“The pandemic offered opportunities to experiment,” Valenti said. The metaverse project’s main goal is to continue to build on this laboratory “offering a new space for research.”

“Maybe one day it could also become the school of the future, who knows? Who said we can not host courses there or have shared mentors across all our schools? It could become a learning space with a different experience. Or we could host brands that want to stage a fashion show in the metaverse. This is a work-in-progress project, ”Valenti said. “There’s not an immediate return on investment, but it will bring value to the group and to the whole fashion and design systems.” 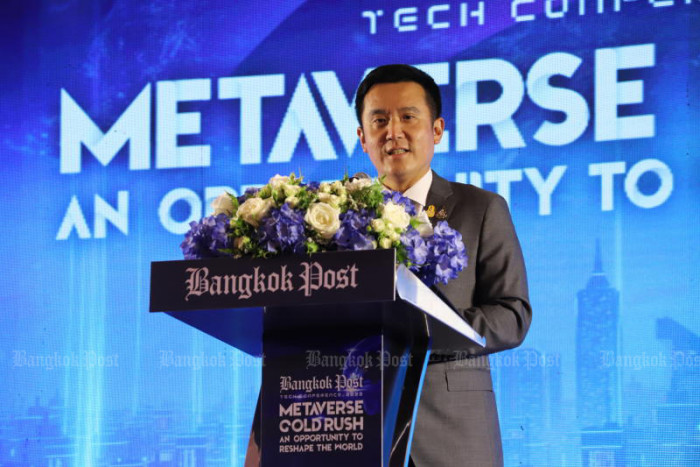 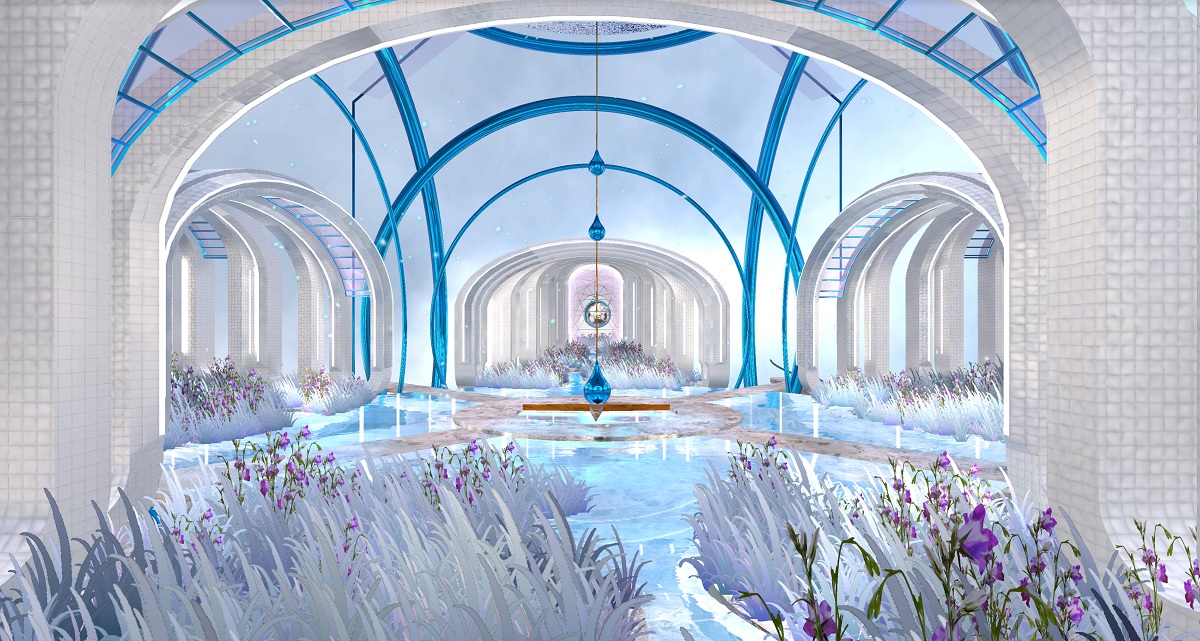