LOWVILLE – Three school districts in Lewis County either have races for vacant school board positions or challenges to board members running for reelection. Here is a look at each school’s candidates.

Four candidates are vying for one open board seat on this year’s ballot. Board President Samuel Chamberlain is not running for another term.

Andrew J. Chartrand, of Croghan, has two children in the district and a third that will start school in the fall. He is a graduate of Beaver River High School and attended Universal Technical Institute. He operates a hydroelectric power plant.

In the district’s newsletter, Mr. Chartrand said he “believes the biggest issue currently facing our district is the lack of indifference with teachers and counselors voicing and teaching their political views. A school is a place of education, not a place for some teachers to push their views on students. A school should be neutral ground across the board. ”

Jessica L. Clemons has two children in the district. She has a bachelor’s degree in environmental studies, a master’s degree in library science and a master’s in geographic information systems. She is a Girl Scout troop leader and a Lewis County Development Corporation board member.

“Our biggest challenge going forward is preparing these students for a changing world. This includes offering paths for professionals, trade, college bound and those who need time to explore and consider various options, ”she said in the district newsletter.

Ms. Clemons said she feels her experience in education and business including “building sustainable programs that benefit students and faculty,” will benefit the school board.

Sloane D. Schweitzer, of Croghan, has two toddlers not yet in school and is a graduate of Beaver River. She attended Herkimer County Community College and currently works as a patient account clerk at Lewis County Health System.

In the district newsletter, Ms. Schweitzer said she believes Beaver River “needs (s) to have more electives for students to see what they are interested in and to prepare them for their future.” Trade training should be more encouraged with “practical classes for real life issues.”

Jamie D. Zehr, of Croghan, graduated from and has three children in the Beaver River School District. He has a Bachelor of Science and is the operations manager for children’s services at Transitional Living Services.

His motivation for joining the board is to foster “open transparency between school and parents on the education of our children,” he said in an interview.

In the district newsletter he said he believes the most important issue facing the district is that “God has been removed and is being replaced with lies and perversions” and raised concerns that various controversial topics would be included in instructions. He said that “teachers should not teach their beliefs… it’s their job to teach, not to indoctrinate.”

Mr. Zehr said he and his family are active with their local church and their children are in a number of extracurricular activities.

Three board members up for reelection are being challenged this year.

James F. Farquhar has been on the board for the past seven years and has two children who graduated from the district.

He works in Albany for the state Department of Environmental Conservation in the Wildlife Division.

“I think we have a great board and what I’m most proud of is that we strive to be fiscally responsible,” he said. “(The way forward) is staying the course – keeping all students first and doing it responsibly for the people of the community.”

Mr. Farquhar said he purposely joined the board just as children were finishing school “because it’s easy to have an agenda for your own kids. It was more about just ensuring that we look out for everyone and not (make it) about me. ”

Charlotte K. Sullivan, who is challenging Mr. Farquhar, was home schooled within the district and has completed some college, but she chose Lowville Elementary for her two children.

“I wanted to offer them more opportunities than I thought I could give them. I’m also not a natural teacher, ”she said.

She is an administrator for the Abundant Life Community Church of Lowville and a hostess at Jeb’s Restaurant. She previously served on the Denmark zoning and codes board.

“I’m running to be a voice for our parents and our kids. I think we have lost sight of what our school is supposed to be teaching our children and I think there are things coming home that if we were to change or redirect it would change and they could just be children. ”

Stephanie J. Houser Fouse is in the process of completing her second term on the board and has two children who attend school in the district.

She is a graduate of Lowville Academy, has a Bachelor of Science, works at Lewis County Public Health and runs a small farm with her husband. She has served as the president of the Mennonite Camping Board for the past seven years.

“I’m proud of the collegial nature of the board… proud of us for weathering the most critical stage of the COVID-19 pandemic, the staff we’ve hired and thinking outside the box to serve our students and community.” Mrs. Houser Fouse said. “I think we’re committed to collaborative work to get the best results for everybody involved.”

If Mrs. Houser Fouse is reelected to her post, she said she is excited to be a part of the planning of the next capital project to be proposed to voters.

Jonathon C. Gillette is running for the board seat currently held by Mrs. Houser Fouse.

Mr. Gillette, a graduate of South Lewis High School, has three children attending Lowville schools. He has a bachelor’s degree in agricultural business and works as a dairy specialist for Pioneer Seeds. He is a member of the Valley Snow Travelers snowmobile club and Lowville Elks Club Post 1605.

“I feel that I have a very good pulse on the community being fairly well known and… I want to have a better representation of our community on our board,” he said in an interview.

In the district newsletter he said, “I am looking to be more involved with my children’s education. I will strive to have an educated opinion and make rational decisions that will best serve our community. ”

Amy S. Marti, executive director of Lewis County Head Start, is running for reelection for a second term on the board.

Mrs. Marti, who, like her two children, graduated from Lowville Academy, said she served the majority of her first three-year term during the COVID-19 pandemic.

If reelected, she looks forward to improving transparency beyond what was possible during the constantly shifting challenges of the pandemic and “being part of the unity and direction of great education for our kids.”

She said her work in early pre-kindergarten childhood education with Head Start for the past 32 years allows her to bring a unique perspective and opportunity to the district’s board.

“I’m excited not only for the connection to what I do,” Mrs. Marti said. “It’s absolutely a good collaboration between Head Start and the school district and I think it’s a good opportunity to make that collaboration stronger.”

He is a graduate of Lowville High School and has a child who is a student in the district.

Dr. Higby is a chiropractor with his own practice, Complete Care Chiropractic, serves on the board of Double Play Community Center and is involved with Boy Scout Troop 162.

According to the district’s newsletter, he said he hopes to “help students be successful in their learning and school experiences and become more engaged in serving the community.”

There are three candidates for the two board positions up for re-election in the district.

Sarah A. Kraeger Metott, of Glenfield, is a graduate of South Lewis with one child at South Lewis and another to start in two years.

She has a bachelor’s degree in interior design, a master’s in architecture and a second master’s in historic preservation and works as a technology transfer program specialist at the Air Force Research Laboratory in Rome. She also has a business providing architectural services for small commercial and residential projects in the area.

She is the chairperson for the policy council and the treasurer-secretary for the Lewis County Head Start parent committee, secretary of the Moose River Fish and Game Club and serves on the Lewis County Planning Board.

“Being sure the community is receiving what they need as part of the school district” is very important to Mrs. Metott and she will work to ensure the board is “reaching the community to the fullest extent possible, making sure that their needs are met.”

Andrew Liendecker, of Turin, who is currently the school board president, is a South Lewis graduate who served in the Navy and worked as a graphic designer before beginning his career in heating, ventilation and air conditioning, or HVAC.

After 14 years in Arizona, he and his family returned to Lewis County and have been working at Lawman Heating and Cooling in Sackets Harbor as an HVAC project manager since 2008.

“I feel that my past experiences and accomplishments provide a perspective and knowledge that has been helpful to the Board of Education and trusted by its members and stakeholders during my 10 years of service,” Mr. Liendecker said in the district’s newsletter, adding that if he is reelected, he hopes “to establish policies that best serve” the district.

Dawn D. Ludovici, of Grieg, is running for her second term as a board member. She retired after 34 years in education including eight years at South Lewis – as the principal of Glenfield Elementary School and director of curriculum and instruction – and as the assistant superintendent of Jefferson-Lewis BOCES.

For 23 years, Mrs. Ludovici has been on the county Head Start board. She is a member of the Glenfield United Methodist Church and the South Lewis Lions Club.

She said she is proud of the board’s work to build the new elementary school in time for opening this year despite COVID-19 related delays and cost increases.

“As a board member, while considering varying public opinions as well as the board’s financial responsibility to our taxpayers, my primary focus has remained on providing South Lewis students with a well-rounded, high-quality education and any supports they have needed to experience. success, ”Mrs. Ludovici said in the district newsletter.

As an Amazon Associate I earn from qualifying purchases. 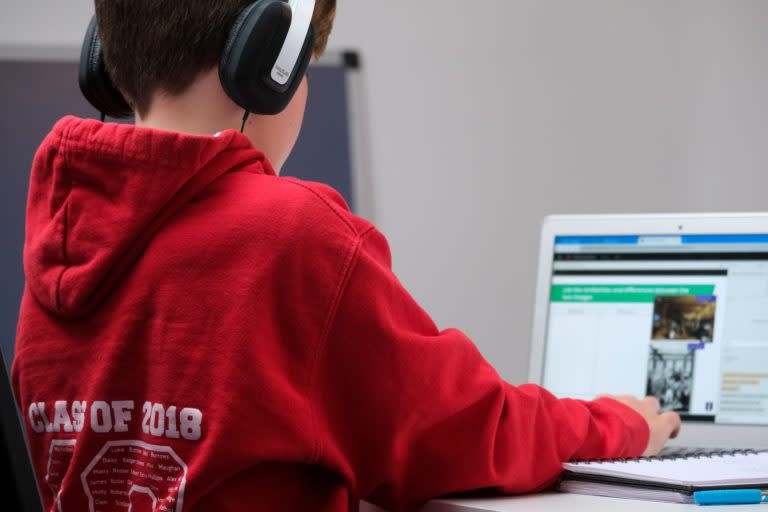 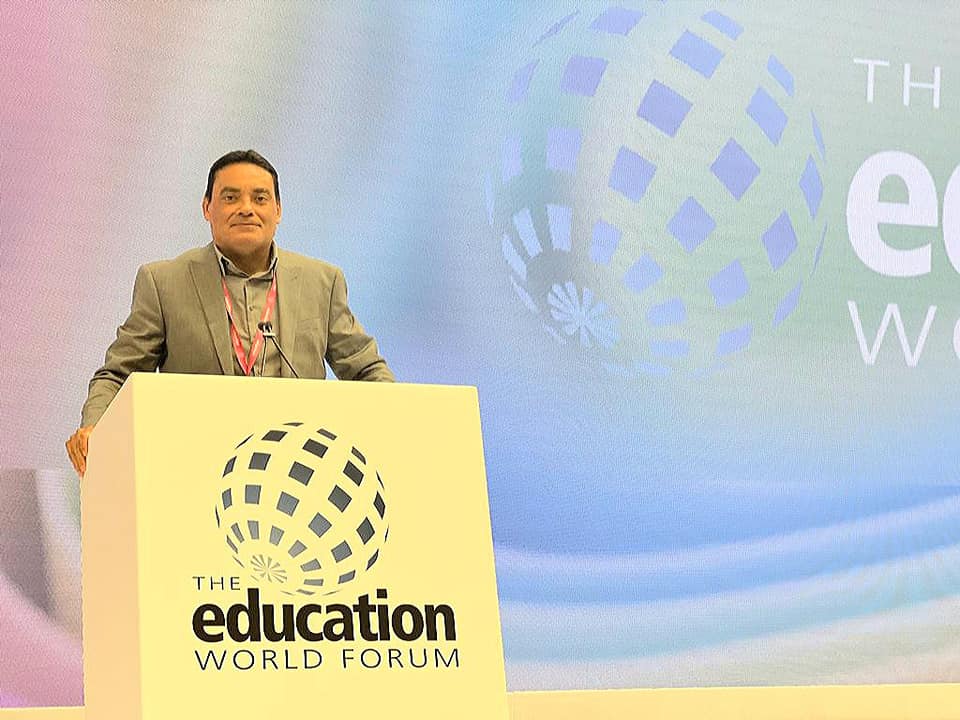