President Biden has yet to deliver what experts say could be a strong political catalyst among Democrats and young voters: widespread student debt relief.

Biden said he would deliver a final decision on whether to cancel at least some of the $1.7 trillion currently owed to the federal government in student loan debt by the end of August but has yet to indicate a plan. In 12 days, the pause on federal student loan debt is set to lift and millions of borrowers will be sent back into repayment after an almost two-and-a-half-year break.

The lack of action from Biden has frustrated many supporters of debt relief. With the midterm elections right around the corner in November, debt relief could give Biden and the Democratic Party an advantage among key voting blocs, especially young and minority voters.

Democrats largely favor the Biden administration canceling student loan debt via executive order without any action from Congress. Some experts say that if Biden cancels student debt before the midterms, it could benefit Democrats while helping to address waning faith in the president, which has dropped the most among young, Black and Hispanic voters.

“It’s running against the clock here, and he [Biden] needs some big political victories to turn this around,” said Robert Reece, a sociology professor at the University of Texas at Austin. “At this point people want something, and they need something big like a big policy that they can look at and say, ‘OK, he is trying to do something for us,’ and debt relief would definitely be that.”

According to an August poll of over 1,000 voters, nearly a fifth of voters said that they would not support Biden in 2024 if he does not take action on student loans. Three out of four respondents to the poll also said that they were considering candidates’ stances on student loan debt cancellation in the midterms.

Although student debt is not the top-line issue for many moving into the midterms, the economy is. Amid rising inflation, student loan borrowers are concerned about the added expense of the monthly student loan payment on top of already tight finances. A February survey of over 23,000 borrowers found that 93 percent were not prepared to resume repayment.

“For all voters, especially young voters, it is overly simplistic to say they care about one issue. It is clearly a combination of factors around affordability to live, to be independent,” said John Della Volpe, director of polling at the Harvard Kennedy School Institute of Politics at Harvard University. “When we are talking about issues related to affordability or inequality, that is where those issues begin to play a role. There are a lot of other issues that play a role—the cost of housing—but specifically for young people we also have issues with debt.”

Biden is considering forgiving $10,000 in student debt per borrower, and recent reporting shows that debt relief will likely be capped at individuals making under $125,000 a year and families making under $250,000 a year.

An April Harvard poll found that nine in 10 voters under the age of 30 supported some form of debt cancellation, with 38 percent in favor of Biden canceling all student loan debt. The same poll found that Biden’s popularity among young Americans has dropped 18 points since last spring.

Many borrowers graduated during the student loan payment pause and have yet to make a single payment on their student loans. Jamie Turner, communications manager for the Association of Young Americans, said that many borrowers are “just really scared about what’s to come,” without a final word from Biden on whether forgiveness is coming.

If the lift of the pause on federal student loan payments was followed by debt relief, some say that this could help Biden.

“Politically, it would be challenging for any president to restart loan repayment. It might take that sort of political carrot in order to get things turned back on,” said Beth Akers, a senior fellow at the right-leaning think tank the American Enterprise Institute.

Some supporters of student debt relief have argued that an income cap would prevent high-income borrowers from receiving a handout by having their debts relieved. However, an analysis from Policies for Action found that Black borrowers would be the most impacted by an income cap on debt relief, because the highest-earning Black borrowers have more student loan debt than white borrowers at the same income level.

“So we should be focused on policies that appeal to Black voters, and student loan debt forgiveness is an easy one to implement, relatively, and would have far-reaching financial impacts for Black families,” said Reece of UT Austin. “If Biden is interested in winning Black people back over, this is a good way to start.”

Some Voters Are Concerned About Debt Relief’s Impacts on Inflation

On the other hand, Republicans have opposed any form of student debt cancellation from the Biden administration, and lawmakers in Congress have sounded alarms, claiming that Biden does not have the authority to cancel student loans via executive order and that it could possibly increase inflation.

“The ramifications of such a policy for taxpayers, students, and our society cannot be overstated. Blanket student loan forgiveness will lead to more inflation-filled deficit spending and the removal of any incentive for schools and students to practice financial responsibility,” said Representative Virginia Foxx in an opinion piece for Fox News in which she called Biden’s plans to cancel student debt. a “scam.”

A recent blog post from the Committee for a Responsible Federal Budget argues that canceling student loan debt would undermine the disinflationary effects of the Inflation Reduction Act. It claims that canceling $10,000 of student debt per borrower for all households making under $300,000 a year would cost the federal government $230 billion.

However, some are skeptical of the report. For example, the left-leaning think tank the Roosevelt Institute responded to this blog post with its own analysis and said that debt relief does not work like a stimulus policy, meaning it does not contribute to federal spending by giving people money.

“It is not leading to any additional spending; instead, it’s actually increasing wealth, because when you have any kind of debt, and you clear that debt, it doesn’t mean you are giving people more money—it means that you’re clearing their balance sheets so that they don’t have to continue to live under the burden of that,” said Alí Bustamante, deputy director of the worker power and economic security program at the Roosevelt Institute and author of the analysis.

Bustamante said research shows that minimizing debt, especially for low-income families, encourages saving, and not spending, and therefore does not have a stimulating effect on the economy.

A June New York Times article reported that Biden has been torn between using debt relief as a tool to address racial and economic inequalities and concerns about debt relief’s possible impacts on inflation.

Jared Bernstein, a member of the White House Council of Economic Advisors, told the Times that if debt relief happened at the same time as repayment began, its effects on inflation could be neutral.

Despite its interconnectivity to other hot-topic economic issues moving into the midterms, debt relief is unlikely to be a make-or-break issue for most.

“Are there single-issue voters that are focused on student loan forgiveness where a student loan policy that doesn’t go their way is literally going to force them to either not vote or change their affiliation for some reason?” asked Carlo Salerno, vice president of research at CampusLogic. “I am sure that there are not a lot of people who feel like the hill they’re going to die on when it comes to their political preferences is student loan forgiveness.”

Students fingerprinted as murder probe gets under way in Newcastle accommodation 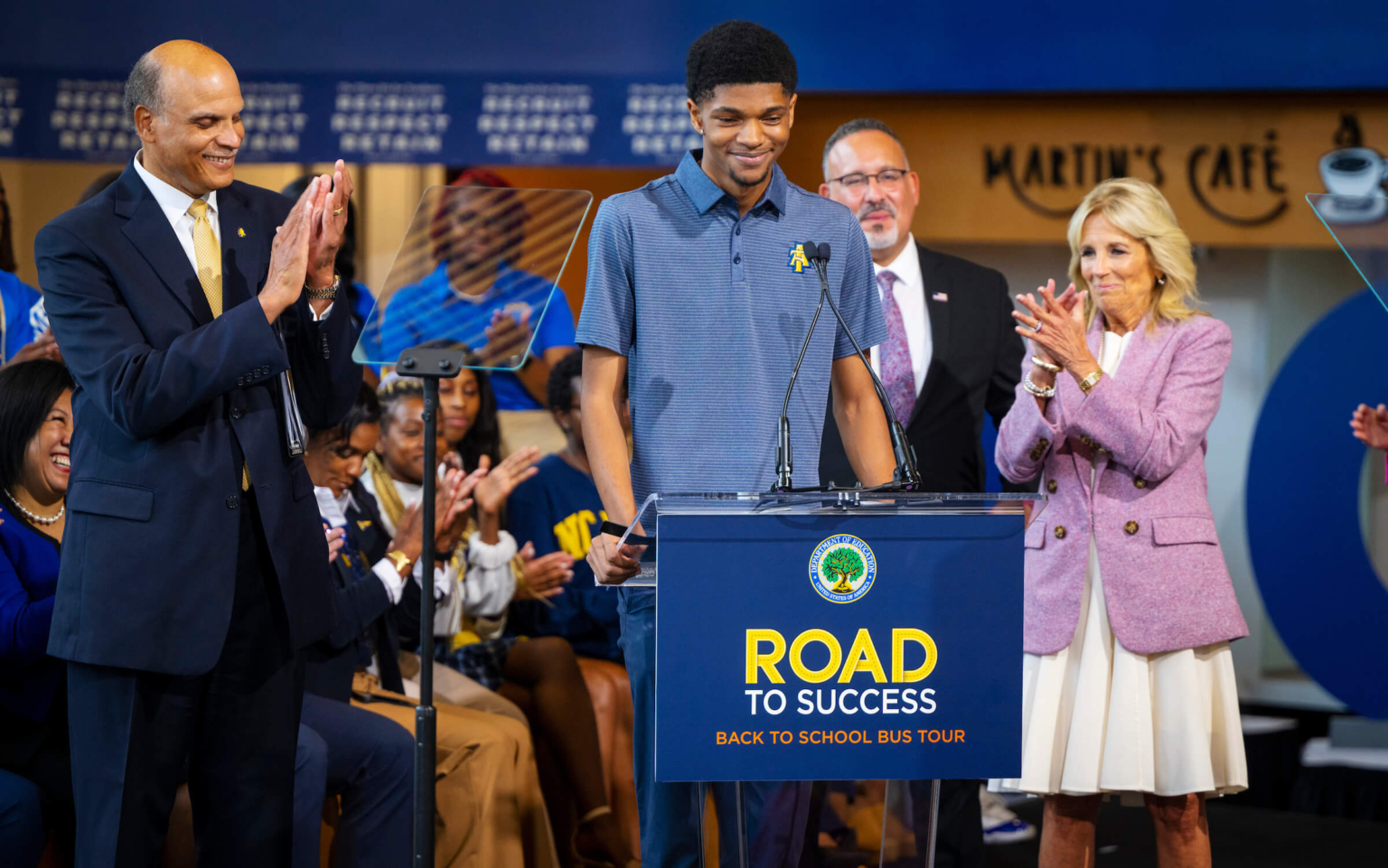 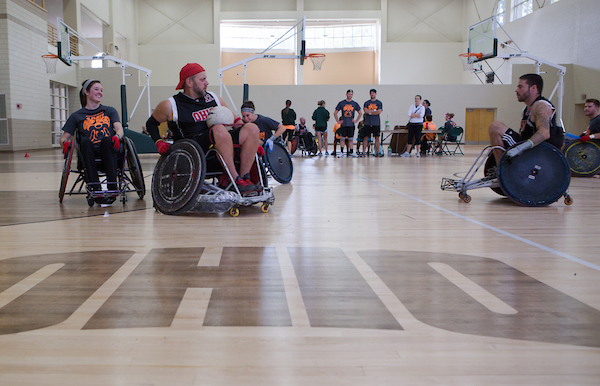