Insurance Post, in association with LexisNexis Risk Solutions, recently gathered experts together to discuss how issues such as ghost broking, the current limitations of benchmarking and fraud detection are pertinent to rooting out motor insurance fraud.

Figures from the Association of British Insurers show a year-on-year increase in detected fraud despite there being fewer vehicles on the road during the pandemic. The WTW Price Index recently noted that after the average cost of car insurance fell for four straight quarters, it increased for the first time since the fall of 2020 with a price rise of 5% in the final quarter of 2021.

Now with living costs rising, and the prospect of more volatility ahead, we’re likely to see underwriting and claims fraud cases proliferate. Against this backdrop, Insurance post asked an expert panel what more the industry should be doing to combat this growing threat.

Recent data suggests there is more fraud being detected. What indicators are you seeing that point towards a rise in motor fraud and what do you think are the contributing factors?

David Pritchard: It’s a combination of factors. The environment is changing and creates opportunities for fraudsters. And there is financial pressure on individuals. So, although we are getting better at finding fraud, there is probably more out there.

James Babington: At Ageas, we saw claims volumes increasing and organized fraudsters moving back into the market ahead of the pre-May whiplash reforms. We’ve witnessed financial pressure on people that wouldn’t have committed fraud 18 months ago. The whiplash reforms have also introduced new types of fraud. In [a pre-pandemic] world, non-tariff injuries were claimed for a certain percentage of cases. Now, suddenly, it has doubled. It can’t be coincidence.

Steve Jackson: Covea is finding something similar. But the question is: are we measuring fraud in the right way? We benchmark fraud against claims volumes, and that benchmark is probably distorted due to the pandemic and claims volumes changing. Can we be sure fraud is on the rise, or is it just distortion due to the reference points we have?

Jon Radford: QBE has seen an increase in digitally enabled fraud. Organized criminals committing fraud in the pre-pandemic physical world were then unable to because of lockdowns, so that pushed them into a digital world. Insurers are getting better at using their data to detect fraud rather than relying solely on manual methods. The hybrid environment has enabled insurers to be more targeted.

What trends are you noticing? Are there new types of fraud, or emerging trends in motor insurance fraud that you didn’t see pre-pandemic or more recently?

Jon Radford: We’ve seen SME businesses being cloned and, suddenly, there’s another policy being used by organized crime groups. Rather than creating a policy for an alias, they create a fake policy for a genuine SME business. From a claims’ perspective, ‘shallow fakes’ seem to be quite prominent now. There are claims that use genuine pictures of vehicles being doctored for the purpose of contrived incidents in the commercial motor space.

Victoria Wallace: Zego has seen a lot of policy hijacking. It started in B2Cwith it now moving to B2B where transport managers call up to add a vehicle onto the policy and then a claim being reported within the hour. Due to the pandemic, we moved away from manual vehicle inspections to a remote approach. [Fraudsters] were taking advantage of using ‘shallow fakes’ because it wasn’t spotted until vehicles were being manually inspected again. We’ve also seen injury claims come through on the back of these.

Steve Jackson: The level of capability seems to have increased because we are seeing more manipulated documents and images. It comes back to the marriage between technology and people. We accept a lot more now because of the volumes. We’ve forgotten the value of physically looking at the vehicle but having enough resources to check this is also a challenge.

Matt Gilham: For everything you’d want to do in fraud prevention, there is now technology capability for it. So, the opportunity digitally is allowing a machine to look over every document and leave the human interaction for moderate or higher risk cases. I quite enjoy the fraudsters moving into the digital space and find it easier to catch them digitally than over the phone. Fraud prevention agencies have been using facial mapping on ID documents to identify duplicate images being used across different insurers. That’s where we need to go in terms of adopting technology.

Jodie Baxter: With organized fraud, Aviva has seen a shift from the classic crash-for-cash [scenario] into more staged and contrived fraud. Due to the pandemic, with fewer cars on the road, there were fewer opportunities for fraudulent claims. In personal lines, we saw an increase in suspected theft claims. As people were at home more often with their cars on the driveways, there was potentially motivation for suspect thefts to be reported.

Is there a genuine appetite to eradicate fraud across the industry?

Matt Gilham: It goes in tandem with both the data providers and the tech lenders. Yet, does the insurance industry actually have a genuine appetite? There is more fraud in the environment, whether due to the recession, cost of living, or even general disgruntlement. If we don’t step up when others do, the insurance sector will get targeted. The technology – whether it’s content, semi-structured data, fully unstructured data, voice-to-text, shallow fakes, etc. – is where the partnership with tech lenders comes in to say what will work in terms of margins and cost per claim.

David Pritchard: Working together, we can squeeze the level of fraud out of the sector. Unfortunately, much of it is outside of our roles and responsibilities.

In terms of ghost broking, what are you doing to detect and prevent it?

Anna Phelps: Marshmallow has seen a consistently high level of ghost broking in our fraud cancellations which affects claims we have repudiated over the last two years. We insure many migrants, understanding they can be very susceptible to scams and have seen many ghost brokers taking advantage of this. It’s important to trend spot because [fraudsters] will use the same MOs. If we find a trend, we set up reports and monitor them. We try to understand customer behavior, watching the customer’s journey and using link tool analysis.

We’ve established a relationship with the insurance fraud enforcement department through the City of London Police and are trying to create more awareness around ghost broking as it is not well known amongst the general public.

Jodie Baxter: There’s often a genuine customer behind the ghost broker. It’s important to proactively speak with victims of ghost broking to ask what and how it happened and use this information in front-end detection tools.

James Burge: There is a broker involved here as well, so there should be an emphasis on ensuring brokers are having conversations with customers personally, not just over email. Are they doing what they should to identify their customers? Are they doing these checks in advance? How do we educate brokers on their part in identifying the source of fraud?

What techniques are you using to reduce the motivation since habits are changing, especially with there being a lot more digital fraud than previously?

James Burge: Insurers need to spread the message internally as well as externally, because we often don’t celebrate our successes enough. It’s essential to have a strong PR team that pushes the message that we’ll do whatever we can to prevent fraud.

Jon Radford: Insurance fraud was always a deemed fair game. There’s an element of discovering how to build an industry brand in which fraud is hard or unacceptable. We looked at ‘nudge’ theory as a viable option. When buying a premium – let’s say on an aggregator site – pop-ups appear with key messages, making fraudsters re-evaluate their actions. It’s the way we use messaging in a targeted and concise way that makes someone think twice about committing fraud.

Conversely, when you’re in an economic downturn, you’re left in a perfect storm where financial motivation is probably at its highest, leaving people more opportunistic. Desperation can sometimes beat the messaging, but there is more we could do collectively.

Are we seeing a shift towards there being a technological solution for every problem? Do you feel there will be more investment into counter fraud, or will you still have to do more with the same?

Matt Gilham: Insurers are taking a more rounded view. In terms of identifying and validating customers, how much upfront data is there where you can validate a customer using a scan of their driving license, name, address, ID, history? In terms of appetite, it’s becoming holistic – a part of the fundamental strategy. By getting fraud prevention right, we discover how it can contribute value to the bottom line, and ultimately, customers. That’s when you start seeing the benefits of investing in technology.

Victoria Wallace: Zego is looking at building an internal digital body language tool, so when people are quoting manipulating, we can then nudge them. It puts genuine customers on a happy path yet potentially stops fraudsters. We can identify areas where customers are struggling on their digital journey. It could also be useful in other areas of the business. Insurers would have a greater uptake in a solution like that.

How are you benchmarking yourselves? What information are you getting from your peers? Do you have to disclose information through ABIor is there another way that you can benchmark your performance and solutions to find out who has the best tech solution for the problem?

Steve Jackson: Primarily, we depend on the ABI benchmarking exercise each year which we do not find incredibly useful in terms of performance. We see yearly trends, but the reality is: can I benchmark against other companies? That’s subjective – is it truly better or worse, or is it just that you’re finding more / less? That isn’t in real-time, and that’s where the gap is: understanding what’s happening today. The ABI benchmarking talks about what happened up to 18 months ago and that isn’t helpful.

Martyn Matthews: If a company shares its current data, we can see who is underwriting the risks that have significant cover gaps over a period. This can be an indicator of either fraud or financial instability. There is a growing appetite to share data, as, the more you receive, the better the outcome. There are well-established databases, but some of the benefit is eroded over time, so we’re trying to ensure you start with the right footprint of data.

There is still a reticence and that’s partly incumbent upon our teams to make sure that people understand the benchmarking benefits alongside the fraud prevention benefits. It’s now time to turn that into a level of reality rather than just talk about it.

David Pritchard: Our aim is to reduce claims costs whilst preventing fraud, trying not to spend too much money. You need to spend enough to see the maximum benefits, but it’s also a balance between what can be done and what is cost effective. 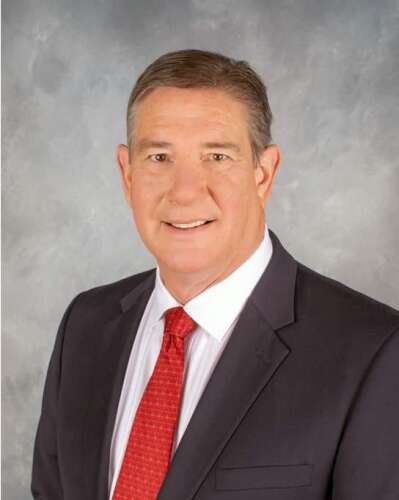 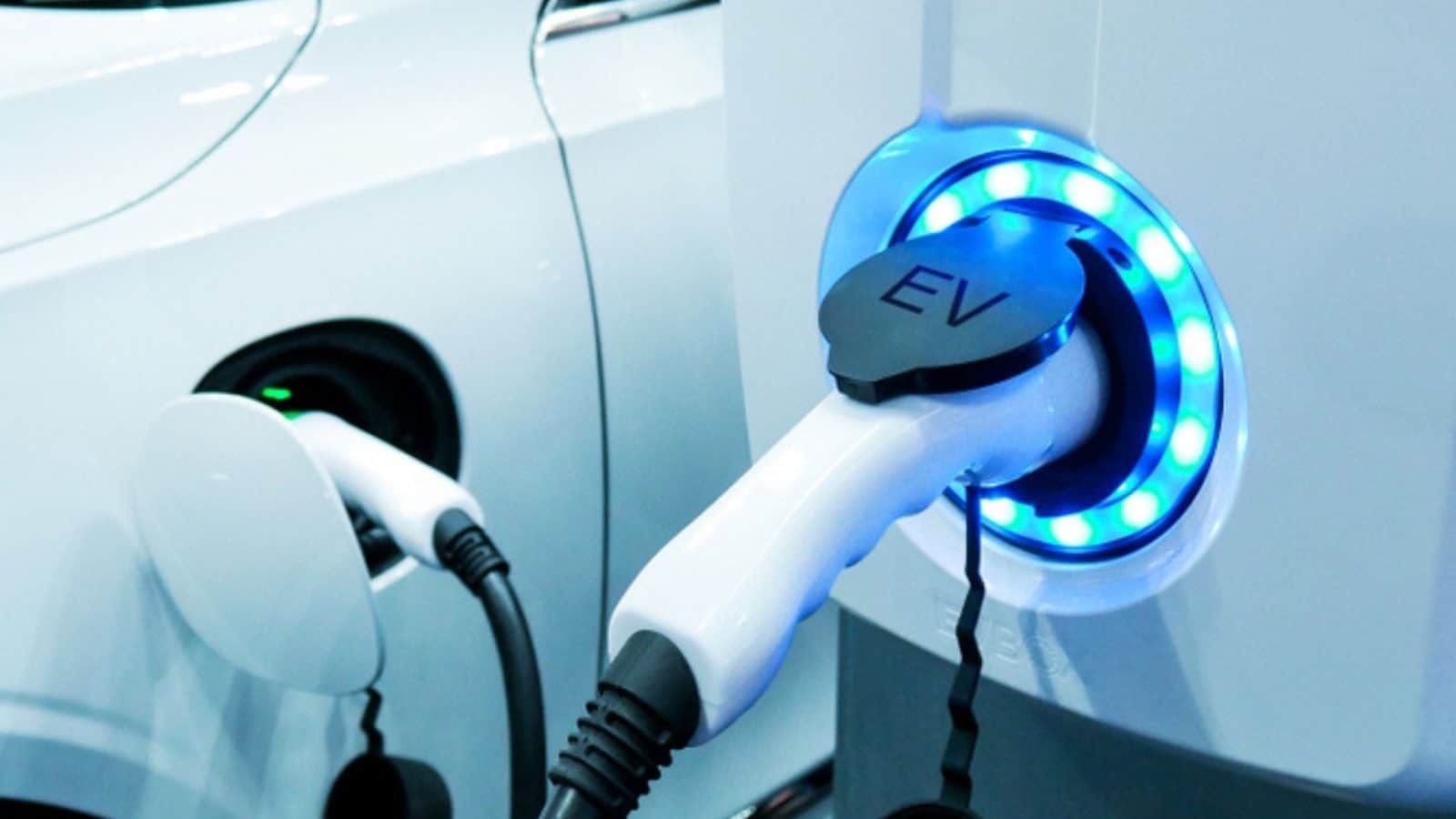 EV Prices To Go Up As Govt Hikes Insurance Rates From Next Week; See Latest Price

When do you need life insurance? – Agweek