A majority of social workers are out of pocket from inadequate mileage allowances while battling the cost of living crisis, a Community Care survey has found.

Three-quarters (77%) of the 253 respondents had been ‘severely’ or ‘significantly’ affected by rising costs, and for 90%, their mileage allowance did not cover the cost of petrol used during working hours.

Most (173 out of 253) also shared how out of pocket they were each month due to petrol expenses for work. Of these: 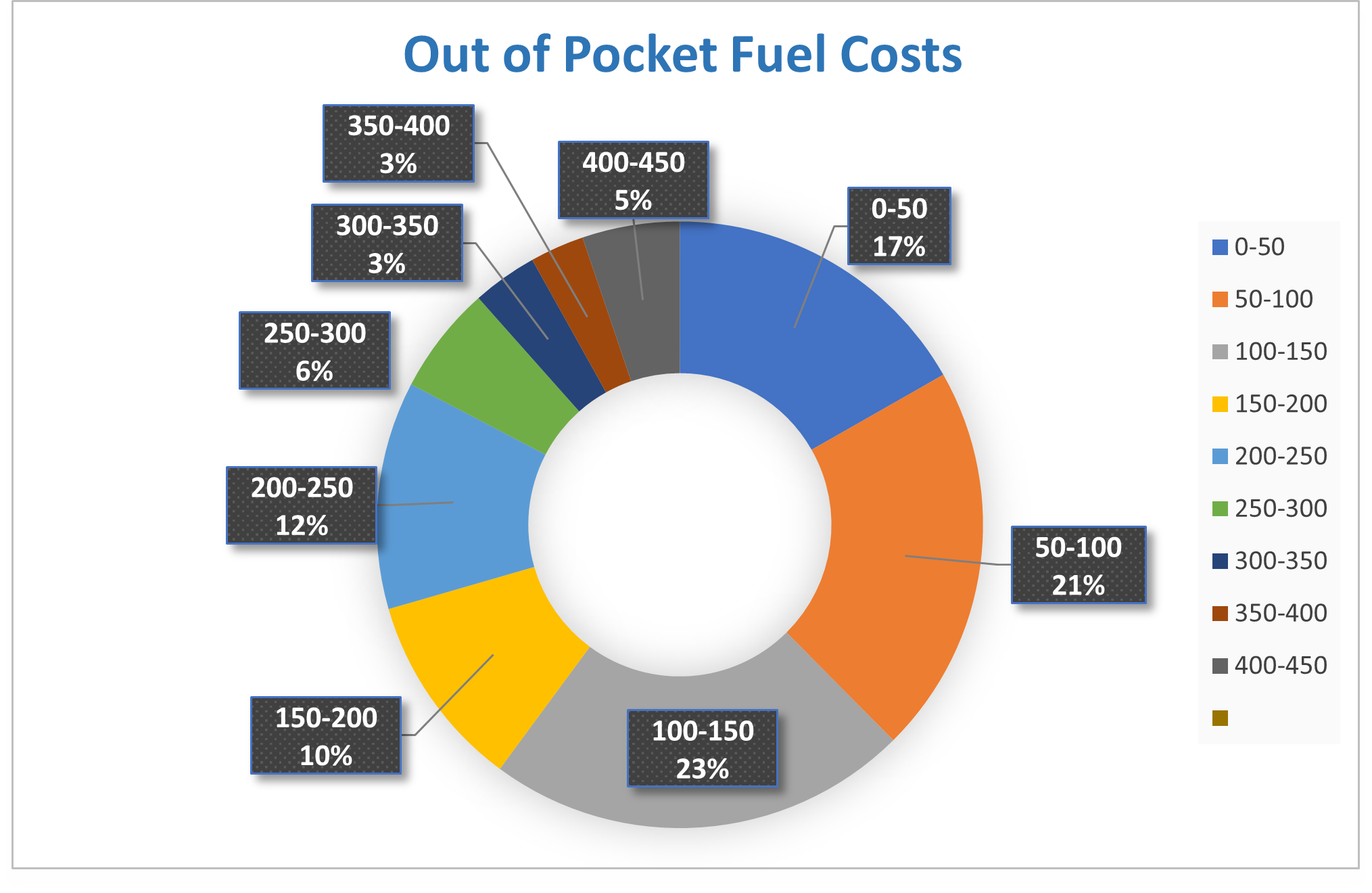 Newly qualified social worker Clare previously borrowed money from her parents to afford traveling for work, but was now in debt, using a credit card to cover her travel costs, providing for her three children and childcare.

“Just getting to the office alone in a week is usually a tank and a half – that’s £60 to £110,” she said. “And then you’ve got all the visits. For a lot of my visits I have to go out into London [from one of the Home Counties].

I got into the end of the second week after being paid and I don’t have any money. Finding money to pay for petrol to come to work is a big nightmare.”

Clare was among a number of respondents who either borrowed from family and friends or went into debt to complete their home visits because of rising fuel costs. Others had to resort to limiting the number of visits they did. Such issues particularly affected staff working for county councils covering large areas.

“There are days when I know I need to visit children but I have no fuel,” said one. “I usually end up having to borrow money.”

Responding to these findings, social work and local government leaders said the government’s tax-free mileage allowance for work journeys needed to increase. HMRC’s allowance, currently 45p per mile, has not increased since 2012, although some local authorities offer more than this.

Alongside petrol cost pressures, rising gas and electricity bills meant some practitioners were struggling to afford homework, forcing some to leave heating or lights off to save money. Others reported becoming more stringent with food shopping, personal use of their car and family activities.

Clare said going on benefits could be the best option to ensure her family gets by.

“I want my kids eating well, and I want them dressed appropriately and that they at least have a school uniform. If we’re actually going to be happier with me in the benefits system, then why not? Why push poverty on my family unnecessarily?”

Employers ‘not mitigating impact of crisis’ 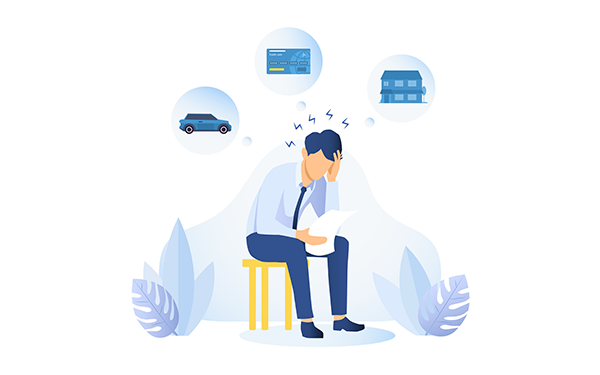 With most social workers not having seen a salary rise yet this year because of ongoing nationwide council pay negotiations, the vast majority of respondents (94%) said their employers had taken no steps to address the impact of rising costs on them. The small minority who had been helped cited measures such as wage supplements, one-off £3,000 payments for permanent staff, free parking and well-being days.

“We’ve had a couple of conversations, just acknowledging how difficult things have been for us,” said Clare, who was among those to report not being helped. “[That] if we feel that we’re struggling [we should] let our managers know – more about emotional support. But in terms of financial support, there have been no discussions, we’ve just been encouraged to write good evidence-based reflections so we can apply for a pay rise.”

More on the cost of living crisis

Our findings come after another survey of practitioners, by the British Association of Social Workers’ (BASW) Professional Social Work magazine, found 43% of social workers feared struggling to pay their bills this winter.

The impact of the crisis has also been felt by the only charity helping practitioners in financial distress, The Social Workers Benevolent Trust, which has recently seen a spike in applications for its grants. With one month of its reporting year left to go, it has received 246 applications, compared to 174 in the whole of last year, leading to the charity putting out an urgent call for donors.

Both PSW’s survey and ours were carried out before the government unveiled a £2,500 cap on annual energy bills for the average household, for the next two years, starting next month, which supplements a previously announced £400 discount over the next six months. Ministers said their package would save the average household £1,000 a year.

A BASW spokesperson described the plan as “a step in the right direction”, but highlighted the need for an increase in mileage allowances as “social workers are struggling with increased costs to run their cars to carry out their statutory duties in visiting people who need services”.

“These professionals cannot keep dipping into their own pockets to cover what is being asked of them,” the spokesperson added.

The Local Government Association said it had lobbied the government to increase the HMRC’s mileage rates and had been told they were kept under review.

Many contemplate turning to agency work

While 95% of respondents were permanently employed, over half (52%) said they were considering switching to agency work over the next 12 months due to rising costs.

Clare said she was considering this route, as well as going on benefits. She added:

An agency would be a last resort. But if that’s the only thing that gives me the money, then that’s what I’ll do.”

The finding comes amid widespread concerns among social work leaders about the costs and practices of social work employment agencies. This prompted Association of Directors of Children’s Services (ADCS) president Steve Crocker to call for agencies to be regulated or banned to tackle profiteering, in a speech in July.

Rachael Wardell, chair of the ADCS’s workforce development policy committee, said councils were already seeing the impact on workforce stability of social workers turning to agency work. She added: “It is vital that we have a strong, consistent, permanent workforce to support children and families but we face a recruitment and retention crisis.”

BASW also confirmed members had been switching to agencies or taken second jobs to manage bills.

“We risk losing social workers to other employer markets, and we cannot afford to do this as stable workforces are the backbone of good social work – there will be a knock-on effect to service users,” said Maris Stratulis, the national director for BASW England.

She also highlighted the impact on social workers’ mental well-being, as “people will be managing extreme situations of stress”. 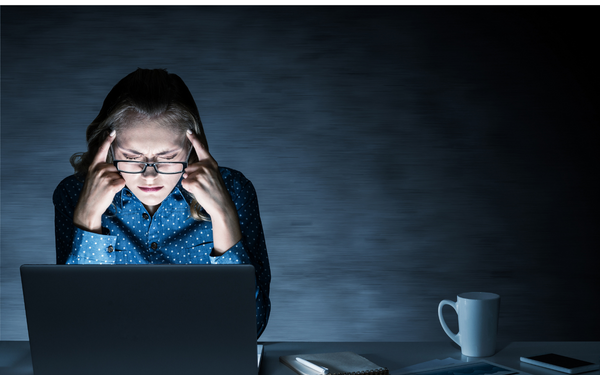 In July, council leaders in England, Wales and Northern Ireland offered staff a £1,925 pay rise for the year 2022-23, worth 5-6% for the average practitioner. The Convention of Scottish Local Authorities has offered a £1,925 or 5% rise for staff in Scotland earning up to £60,000, whichever is greater. The main local government unions, UNISON, Unite and GMB, are currently consulting members on the offers, which, although the highest in many years, fall short of the current rate of inflation, 9.9%.

When asked what pay rise they should receive this year, over a third of survey respondents (35%) called for more than 10%, while another 28% backed an 8-10% rise.

Sarah, a single parent, said she was making just enough to get by each month, despite having a senior practitioner’s salary, and had to take out a credit card for extra expenses.

“When I took on this role, I was thinking an extra higher salary will make things easier,” she said. “But I can genuinely say that my net salary covers my mortgage, bills, petrol and food and there is nothing left over.

If something goes wrong with the car, there’s no money to fix it.”

Andrew Western, chair of the LGA’s resources board, said its 2022-23 pay offer “compares well with offers to other parts of the public sector”.

Wardell highlighted the significant cuts and pay freezes that the local government had to deal with, “which has a knock-on impact on our workforce and services”.

“We need the government to provide long-term solutions to these problems which will affect all parts of our workforce, including those working in frontline services with children and families,” she added.