Superintendent Christy. That has a nice ring to it, doesn’t it? And what a change, what a surge of energy and breath of purified air she’d bring to what has become an ossified and stale institution. She would no doubt open the windows, throw out the masks and let bright life-enhancing sunshine in if she were elected.

Christy Lozano, who indeed is running for Santa Barbara County superintendent of schools against incumbent Susan Salcido, has been a teacher in the Santa Barbara Unified School District for more than 18 years. She’s taught physical education and leadership courses; she’s a qualified teacher-in-charge. She has served as assistant principal, department chair, union representative and as head coach for girls’ soccer programs.

It’s in that elementary level where Christy really shines.

“I especially love teaching elementary school,” she said, “because it is the foundational years of a child’s learning, and I’m looking to develop a strong foundation in all my students.

Oh, and she also has a master’s degree in art (with an emphasis in educational leadership), and holds a preliminary administrative services credential from California Lutheran University.

Ms. Lozano is a veteran too, having served in the Air National Guard from June 2001 through June 2007, holding posts at Los Angeles International Airport during 9/11, and later stationed in Germany in 2003 in the Aeromedical Evacuation Squadron with the 146th Channel Island Air National Guard.

Over the years, Christy has proven herself a strong but fair student advocate. You could classify her teaching method di lei as “gentle but firm.” She insists her students di lei do the right thing. She doesn’t walk away from a fight if she believes she’s in the right, and she’ll defend a student if she feels he or she has been wronged, wrongly accused or reprimanded unfairly.

She’s currently on the outs with the Board of Education and the administration because she has refused to be vaccinated.

“I’ve had COVID, and I have natural immunity,” she explained.

Christy has publicly challenged the Santa Barbara Unified board on a number of issues (via Zoom) and has rebelled against the school district’s curriculum that includes “Exploring Gender Stereotypes w / Role Plays” and the reading of books such as “My Princess Boy” to 5-year-olds. She also opposes the districtwide all-in devotion to the Black Lives Matter agenda.

She’s a maverick who plays by the rules and insists that everyone else should too. Which is probably why there is panic in the rarified air of Administrative Central, where lassitude and leisure are the order of the day.

Christy’s candidacy is so annoying – upsetting really – to the powers-that-be that the first response of people close to the current Santa Barbara County superintendent of schools was to challenge Ms. Lozano’s right to even be on the ballot and sue to remove Christy Lozano’s name from the upcoming June 7 primary ballot (unsuccessfully, thanks to a timely court decision).

There’s a lot at stake. Not only are the overpaid positions of many at the top at risk, but also are the benefits of assigning cushy “counseling” gigs and other favors.

The money at the top sloshes around, and there’s plenty for everyone. For example, Dr. Salcido’s annual salary in 2019, according to public records, was $ 277,624. That was two years ago, so one can only speculate that her pay di lei has gone up, not down, over that time, leading me to conclude that her pay position di lei is in the $ 300,000-plus category by now.

You may be surprised that, again, according to public records, her 2019 salary was estimated to be 259% higher than average and 307% higher than the median salary at the Santa Barbara County Office of Education.

When the list of highly-paid employees finally gets to teachers, rather than administrators, the first teacher on the list was a preschool specialist who received $ 153,026 in compensation in 2019. Right behind her was a special education teacher pulling down $ 146,547 yearly.

I do have their names, but my intention isn’t to embarrass anyone, but merely to point out that administrators nearly always make more than teachers and do less.

Generally speaking, teachers are some of the best people in the land. And some are paid very well indeed. Most, however, earn middle-class salaries and, according to Ms Lozano, are not treated respectfully by the crowd of overpaid administrators at the top of the school district food chain.

Which is why Christy Lozano has thrown her hat into the ring and is asking voters to make her Santa Barbara County superintendent of schools.

“I am running,” she said, “because I can no longer stand by and watch our schools fail. The current results are unacceptable. Over half of the 67,470 Santa Barbara County students are performing below California state achievement levels, from kindergarten through high school. Tens of thousands of students have needlessly fallen behind. It’s time to refocus on educational outcomes.

“I’m asking,” she concluded, “for people to join me in building a solid educational foundation for every student.”

Earlier this year, while waiting to find out if she’d be reinstated as a teacher despite her unvaccinated status, Christy put together a YouTube video that went viral and caught the attention of Fox News Channel’s Laura Ingraham, who contacted her and invited her to appear on her popular show, “The Ingraham Angle.”

In that video, Christy makes objections to the current Santa Barbara District school curriculum in a very pointed way, scrolling through and revealing some of the material that she finds inappropriate for young students (pre-K through third grade).

“My biggest objection,” she said, “is that the curriculum they’re putting forward – what they call the Culturally Responsive Curriculum – focuses on culture. To teach kids about culture would be one thing, but that’s not what this curriculum does. It has replaced the things that they actually need.

“They’re not teaching critical thinking skills. They are not focusing on the core curriculum, whether that be English, math, writing, reading, social studies or science. They’re not focusing on physical education, art or music. Instead, they’re bringing in ideologies and belief systems and focusing on those, rather than on actually equipping kids with knowledge and a solid foundation. Kids need a solid foundation to draw from, and they’re messing that up by what they are offering instead.

“They’re teaching kids things that their parents probably don’t know about, because much of it is hidden behind a password-protected portal. And so, they’re not being given the curriculum; parents don’t know what’s being taught. And so, they’re not being given a choice, and it’s forming the thoughts and minds of their children without their knowledge. “

We’ll have more from Christy Lozano next week, but in the meantime, if you’d like to learn more or get more involved, visit her website: www.christylozano.com or email her directly at [email protected]

James Buckley is a longtime Montecito resident. He welcomes questions or comments at [email protected]. 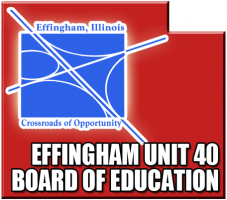 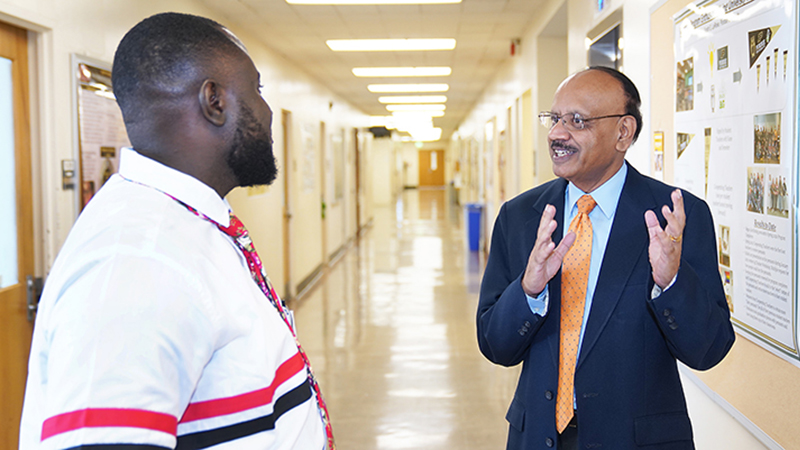 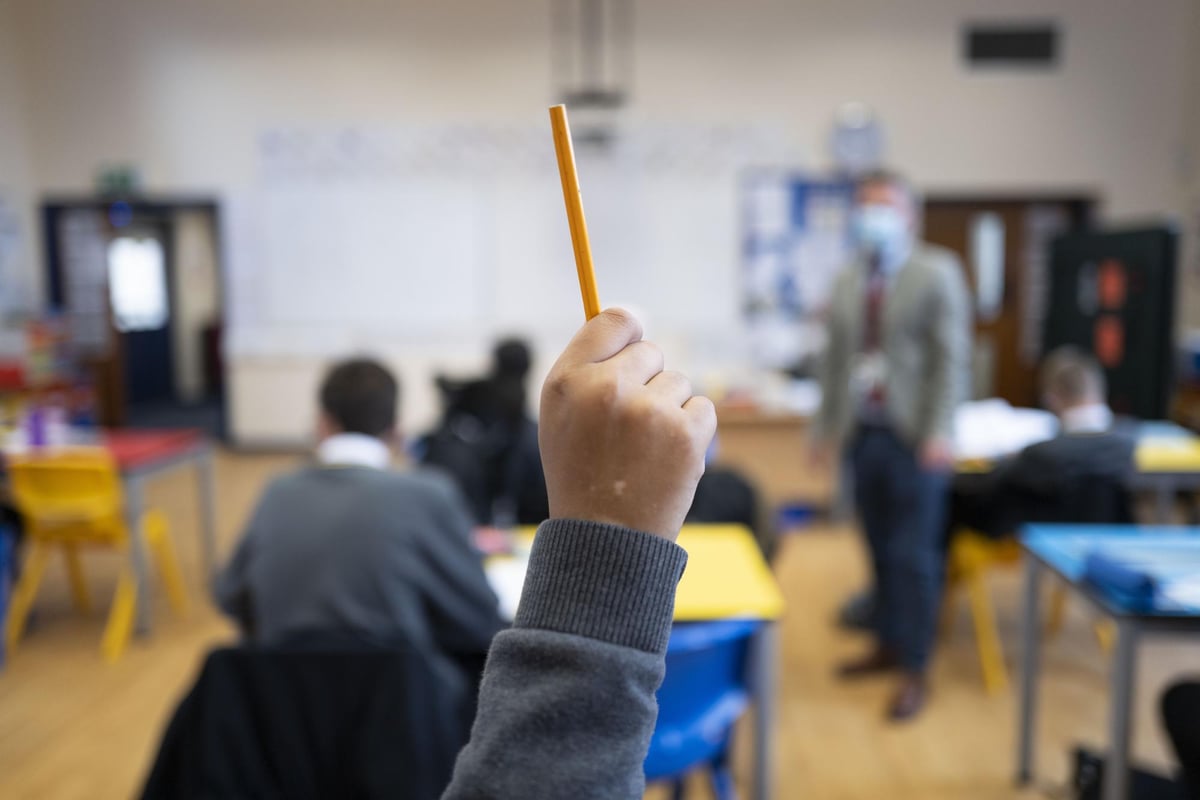