The fate of four proposals to alter Kauai County’s governing charter will soon fall to voters who have the chance to approve or reject the charter amendments on the 2022 election ballot in November. 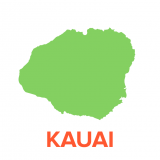 One of the proposals would avoid the expense of conducting a special election for the sole purpose of naming a new county prosecuting attorney when an early-term vacancy arises.

Taxpayers recently spent approximately $450,000 to do just that after former county prosecutor Justin Kollar left the office vacant more than three years before his third term was set to end in 2024. A special primary election was held in December, followed by a special general election in February — requirements baked into the county charter.

Voters elected Rebecca Like, Kollar’s former second-in-command, by a margin of more than 70% against former county prosecutor Shaylene Iseri, who lost her bid for a comeback.

During the nearly six-month interim between Kollar’s departure from office and Like’s swearing-in, Like served as acting prosecutor. Now voters will get the chance to decide if the deputy prosecutor in such a situation should simply assume the office of prosecutor until the seat is filled in the next regularly scheduled election.

“That’s why we have deputies to back up the person in charge,” said Charter Review Commission Vice Chairman Jan TenBruggencate. “It’s disruptive to have an election in the middle of the year when, if you just wait a few months, there will be one anyway.”

Another proposed charter amendment would revoke the County Council’s ability to establish a power authority to operate an electric utility. The proposal seeks to avoid duplication of services, as the county already has a tenable utility provider in Kauai Island Utility Cooperative.

“With KIUC’s proven record, we don’t think that the charter should give the County Council the power to do something that KIUC has been doing successfully all along,” said Commission Chairwoman Lori Koga.

Proposed during a period of uncertainty amid the sale of the island’s electric utility from a Connecticut-based company to the nonprofit, member-owned KIUC, a charter amendment approved by voters in 2002 sought to arm the council with the ability to establish an independent entity to operate the utility in the event that the sale failed or triggered service disruptions.

Today KIUC operates a utility grid powered by the largest share of renewables in the state. It also offers members the lowest utility rates in Hawaii. As such, the amendment seeks to retract the council’s ability to form a board to oversee the utility — a power bestowed on the council under situational circumstances that have since changed.

Another proposal would amend the charter to give the Salary Commission the authority to establish a maximum salary for elected and appointed officials, including department heads and deputies. Kauai is the only county in the state that has not granted its salary commission such authority.

“We have the odd situation where the (salary) commission comes up with a recommendation after doing all this research and the County Council can, and it has in the past, changed or rejected those proposals,” TenBruggencate said. “In some ways it was kind of a slap in the face to them when the council would reject their months and months of work. In some situations, salaries don’t get changed in an election year because you don’t want to be the politician who increased county costs right before you’re standing for election.”

The change aims to better attract and retain qualified county leaders and to address chronic vacancies by allowing the commission to use its expertise to correct situations where a lower-ranking position has a higher salary than a higher-ranking position. It can be difficult to compel qualified long-term employees to step into a more senior position if it means they’d have to take a pay cut.

The council or mayor would still have the authority to set a salary at a rate lower than the cap imposed by the commission, if, for example, the county was facing budget problems or it had hired a junior person for a more senior position. But the commission would not need the stamp of approval of the council or mayor to set a salary ceiling for a position.

Finally, voters will vet a proposal designed to better protect taxpayers from financial losses from fraud or other crimes committed by county employees. The amendment would provide the county with the flexibility to purchase insurance or surety bonds — two methods of compensation — instead of limiting the county to use surety bonds only.

Proposed by Mayor Derek Kawakami’s administration, the amendment would grant the county the flexibility to also include protection for employee fraud and crimes in this insurance bundle, a change likely to bring cost savings.

“This is the way to protect the county from lawsuits,” explained Ellen Ching, administrator for the county Office of Boards and Commissions. “In some ways, it’s kind of a housekeeping and an updating (proposal) rather than something totally new.”

The county’s most recent insurance claim for employee fraud or crime was made in 2003, County Attorney Matt Bracken said in a statement.

Sign up for our FREE morning newsletter and face each day more informed.