A SLOVAKIAN man accused of the murder of school teacher Ashling Murphy earlier this year has been sent for trial in the Central Criminal Court.

ozef Puska (31) was served with the book of evidence when he appeared before the Cloverhill District Court this morning.

This was Mr Puska’s seventh appearance at Cloverhill, and the first time he has physically appeared in a courtroom since he was charged with murder.

Mr Puska, with an address at Lynally Grove, Tullamore, Co Offaly, is charged with the murder of Ashling Murphy (23) at Cappincur, Tullamore.

The 23-year-old was fatally assaulted while she was out jogging along the grand canal in Tullamore on the afternoon of January 12, 2022.

Wearing a light gray hoodie as well as a face mask which he removed to speak to the judge, Mr Puska spoke to confirm his name when he was asked to introduce himself to the court.

“Hello, my name is Jozef Puska,” he told the court.

A Slovak interpreter was in court to assist him.

State solicitor, Sarah Jane McGuinness, told the court the book of evidence was ready and had been served on the accused, who goes forward to the next sittings of the Central Criminal Court on the single charge in the book.

Detective Sergeant David Scahill handed Mr Puska the book of evidence over the glass wall of the courtroom dock.

Mr Puska immediately handed the book to his solicitor.

Judge Blake said the district court could not deal with the question of bail on a murder charge and Mr Puska was being sent for trial in custody.

Judge Blake gave Mr Puska the formal alibi caution, warning him that if he planned to rely on the defense of alibi in this case he must notify the State solicitor of any witnesses within 14 days.

Judge Blake directed that the book of evidence should be translated into Slovakian.

A Slovakian interpreter was also to be provided for any trial consultations and the trial, the judge ordered.

Judge Blake further directed that a videocopy of an interview which gardai conducted with the accused be furnished to his legal team.

Mr Puska has not yet indicated how he is pleading to the charge.

The accused man was originally brought before a special late night sitting of the Tullamore district court in January charged with the teacher’s murder.

Ms Murphy, a talented traditional Irish musician and recent graduate from Mary Immaculate College in Limerick, was working as a teacher at Durrow National School at the time of her death. 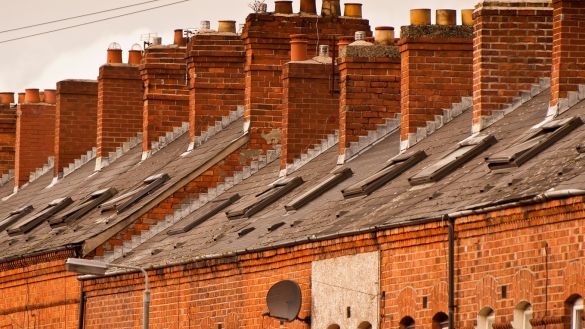 Tax on some 137,000 vacant homes to be recommended by the Oireachtas committee