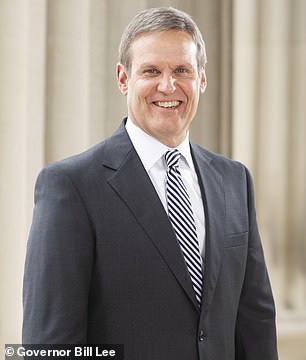 Gov. Bill Lee (pictured) said he sees the new charter school expansion as part of an effort to develop what he called ‘informed patriotism’ in Tennessee students

The governor of Tennessee has invited a private conservative college to open 50 charter schools whose anti-woke curriculum will teach students that America is ‘an exceptionally good country.’

Gov. Bill Lee, a Republican, said that Hillsdale College, whose base is in Michigan, could open schools using public funds, including a $ 32 million set aside for charter facilities, the New York Times reported.

Hillsdale College, which has close ties with former President Donald Trump, developed the ‘1776 Curriculum’ and is eager to add to its network of charter schools with the curriculum that focus on ‘the centrality of the Western tradition.’

That curriculum – which spans 2,400 pages – was set up in response to the New York Times 1619 Project, which frames the founding of the United States through the eyes of slaves, and has been blasted for multiple inaccuracies.

‘For decades, Hillsdale College has been the standard-bearer in quality curriculum and in the responsibility of preserving American liberty,’ Lee told lawmakers recently. ‘I believe their efforts are a good fit for Tennessee.’ 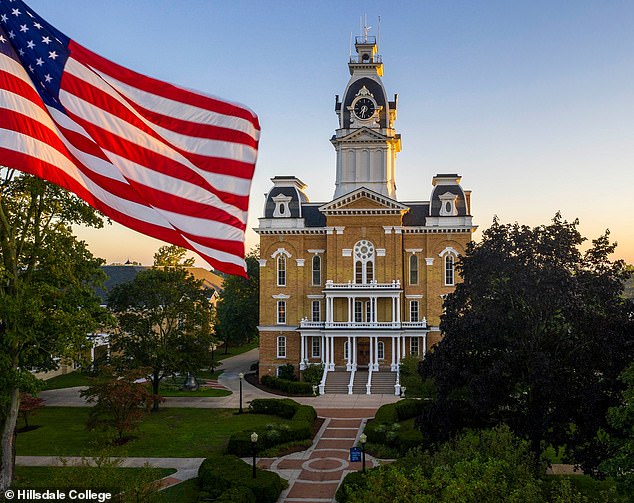 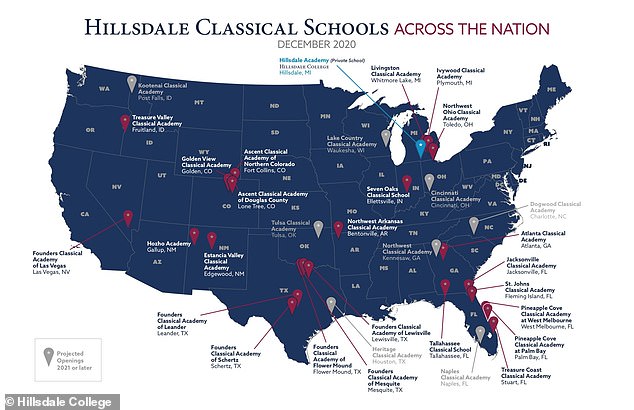 A map shows Hillsdale Classical schools across the nation, not including the proposed 50 schools that Tennessee Gov. Bill Lee has invited Hillsdale to open using public funds

The college’s ‘1776 Curriculum’ is currently being used in the two dozen member schools in about 13 states, as well as several dozen more across the country, per its website.

It comes as battles continue to rage across the US about what is being taught in public schools. Many parents have been outraged by the push towards divisive ‘equity’ lessons based on the teachings of critical race theory, which opponents say is divisive, and teaches white children that they are ‘oppressors.’

Florida has also enacted the Parental Rights in Education Bill – the so-called ‘Don’t say gay’ bill, in response to reports of teachers encouraging children confused about their gender identity to hide it from their parents, and even move them towards medical treatment given to transgender people.

Hillsdale has been criticized for its curriculum, which puts a spin on American history and provides a negative take on the New Deal and global warming.

But to many Republican leaders, Hillsdale is a ‘shining city on a hill’ for its devotion to ‘liberty as an antecedent of government, not a benefit from government,’ Justice Clarence Thomas said in his 2016 commencement address.

Donald Trump and Mike Pence have both spoken at the Michigan college, which has an outsize influence on US conservatives.

Gov. Lee said he sees his new charter school expansion as part of an effort to develop what he called ‘informed patriotism’ in Tennessee students, according to the New York Times.

The Times reported that Lee envisions an expansion into suburban and rural areas where, like many Hillsdale charter schools, they would most likely enroll children who are whiter and more affluent than the average charter student.

Atlanta Classical Academy, one of Hillsdale’s schools, has some of the highest scores among schools in Georgia, the Times reported.

It focuses on traditional ‘Western’ subjects, including Latin and phonics.

‘They’re catering to white families and affluent families,’ said Charisse Gulosino, an associate professor of leadership and policy studies at the University of Memphis, whose research has found that students in suburban charter schools do not outperform their public school counterparts.

Hillsdale, which was founded in 1844 by abolitionists, does not accept state or federal funding, including no student grants or loans.

The Times reported this move allows the school to ‘avoid some government oversight, such as compliance with federal Title IX rules governing sexual discrimination.’

Instead, the school relies partly on donations from conservative benefactors that are fueled by aggressive fund-raising campaigns, the Times reported, including on Rush Limbaugh’s radio program before he died, and in Hillsdale’s widely circulated digest, Imprimis, including a 2017 piece in which President Vladimir V. Putin of Russia was called ‘a hero to populist conservatives around the world.’ 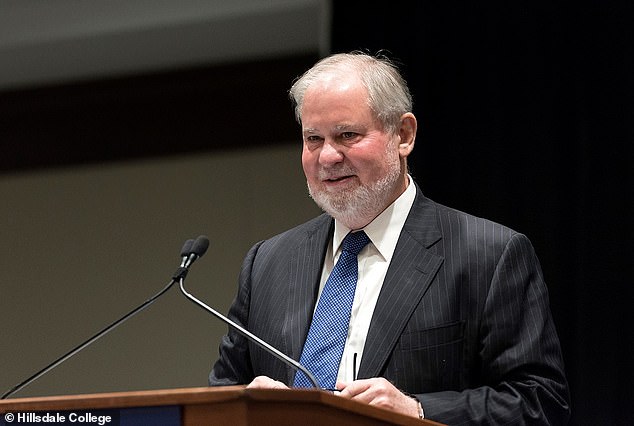 Hillsdale president Larry P Arnn in a speech last year, outlined his vision for expansion – including plans for a new master’s program to train teachers in classical education, a home-school division, online students and education centers 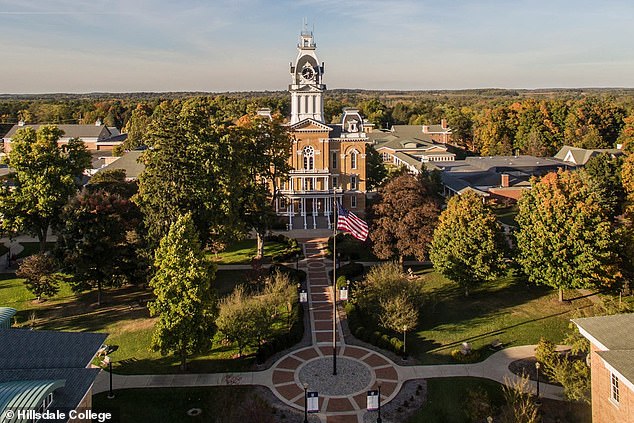 But in a speech last year, Dr. Arnn outlined his vision for expansion – including plans for a new master’s program to train teachers in classical education, a home-school division, online students and education centers.

‘It’s a grand adventure,’ he said.