As the spring high school season begins, The Sentinel will be highlighting some of the top players to watch in each MHSAA sport this spring.

The Zeeland East and Zeeland West programs move back to Division 2 this year and return a lot of strong athletes. Meanwhile, Saugatuck will remain a state power in Division 4. West Ottawa, Hamilton, Holland, Holland Christian, Black River and Fennville will all have strong athletes and look to continue to build team-wise.

Here are five athletes to watch this season:

The senior sprinter is coming off an amazing “offseason” where he finished third at the New Balance Indoor National Championships in the 60-meter hurdles. As a junior at Saugatuck, he won the Division 4 state championship in the 110-meter hurdles and 300 hurdles. If that wasn’t enough, he was second in the 200 meters and third in the 100 meters. He could realistically win all four races at the state meet, something extremely rare. But Diaz is a rare athlete. He is an all-state football player and also a great baseball player. He is headed to the University of Michigan on a track and field scholarship next year.

The Holland Christian senior excels the longer the distance. He was the Holland Sentinel Cross Country Runner of the Year in the fall, then made the all-area team in swimming, helping the Maroons to finish a runner-up with an all-state performance in the 500 freestyle. Last year on the track, he qualified for the Division 2 state meet in the 1,600-meter run and was part of the state champion 4×800-meter relay.

“Parker had an incredible year on the track. His dedication in the offseason paid huge dividends as he set his goals high and pursued them. ” – Mike Verkaik

The senior qualified for the Division 2 state meet in the 110-meter hurdles last season. His long legs and springy physique are perfect for hurdling. That wasn’t a secret either as Alderink accepted a scholarship to run at Davenport University next year, an NCAA Division II program in Grand Rapids. Alderink will continue to work on his craft as he aims for all-state performances on the track this year as a senior leader for the Hawkeyes.

“Owen has a great desire to perfect the art of running hurdles. He is a student of the game. Every detail is identified and every improvement is addressed through his workouts. Not only does Owen want to improve, he does it with a smile and encouragement to others. ” – Kevin Spotts

The senior distance runner just signed with Jacksonville State, an NCAA Division I program, as he looks to build on his performances on the track. He was a strong cross country runner and last year, qualified for the Division 1 state meet in the 3,200 meters. This year, the Chix move back down to Division 2 where they are generally, and Meyer will look to unleash some distance power as the Chix aim toward the state meet.

“He was the leader of our distance group this year, and was able to set the school record in the 3,200.” – Ralph Neal

He’s got height. He’s got speed. He’s got springs. Jordan Duncan has it all on the track and as he continues to try to put it all together, he will be a force ready to unleash on the track this spring. Duncan signed with Grand Valley State, a perennial NCAA title power in Division II. The Lakers saw all of that potential in Duncan, that started to explode out of him last season. He qualified for the Division 2 state meet in the high jump, going 6-4 and long jump (20-8 3/4) and the 110-meter hurdles. Duncan is going to score a lot of points for the Maroons.

“Jordan is a versatile athlete that excels in many areas. He is self-motivated with a desire to learn and improve in his technical events. ” – Mike Verkaik 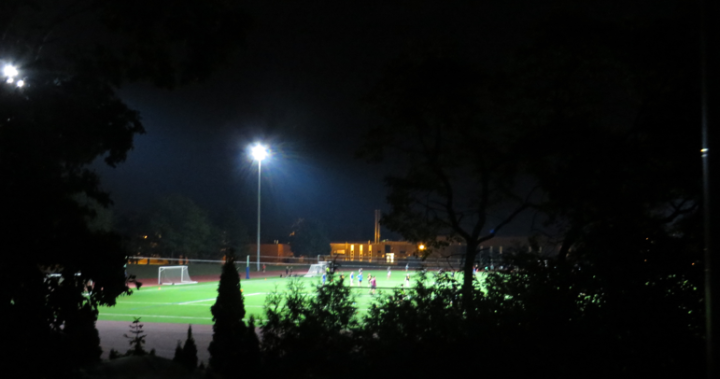