The objects, designers, news, and events worth knowing about.

Artist Sophie Lou Jacobsen and lighting design studio In Common With have collaborated on a striking series of lamps that pay homage to forms found in nature like fungi and flowers. They’re all made in Fort Greene by the artisans at Keep, who employed traditional glassmaking techniques like handkerchief, which involves spinning molten glass to achieve the look of flowing cloth, and slumping, which uses gravity to mold a form. The result is a fresh take on the classic Murano mushroom lamp and tulip light shades. From $1,250, available at uncommonwith.com.

For Cheyenne Concepcion’s installation in “Sink or Swim: Climate Futures,” a new exhibition at Socrates Sculpture Park that features artistic responses to climate change, she created a tribute to St. Malo, a former fishing village about 30 miles southeast of New Orleans. Concepcion was shocked when she learned the history of the community: Founded in the 1760s, it was the first permanent Asian American settlement in the US Filipino sailors who had escaped indentured servitude on Spanish ships formed the village, building homes on stilts above the bayou. The community remained there until a hurricane destroyed the village in 1915. Today, a few stilts are still visible, but the site is threatened by erosion and rising sea levels. Little documentation exists about the village, so Concepcion imagined a type of building that the first settlers may have constructed based on the bahay kubo, a traditional Filipino house — but instead of using the typical palm fronds on the roof, she covered it in shimmering silver fringe “I’m bringing this lost place into our collective memory,” Concepcion says. Through March 12, 2023.

Chicago-based artist and designer Robert Earl Paige, 86, came up with the term abstract to define the vibrantly colored, abstract paintings, ceramics, collages, sculptures, and textiles he has made throughout his life. Some of these are on view in “Robert Earl Paige: Power to the People,” a solo exhibition at Salon 94’s Freeman Alley gallery. “There are something like 35 artistic movements, and I thought, How could I add to that?” Paige told me during a walk-through of the exhibition, which is curated by fashion designer Duro Olowu. “It had to be a new visual order, something that I could bring to the table that was a combination of all of the movements that I love.” Those references include Senegalese fabric designs, Bauhaus fonts, Mondrian paintings, and the radical Black political movements of the 1960s. “You hear it all the time that beauty is in the eye of the beholder, but if you’re not trained to see, then you’re gonna miss elements.” Through October 29.

Architect Bryony Roberts designs public installations that take sensory considerations into account — from a curbside napping corner in Hudson Square to a climbable rope sculpture for Exhibit Columbus, an architecture festival in Indiana. Her latest piece involved filling Lincoln Center’s public plaza with dozens of large cushions, which are intended to be calming and relaxing, for Big Umbrella, a festival for children with autism and other forms of neurodivergence. While the installation only lasted September 16–18, Softy represented a comforting sensibility that’s sadly missing from public space.

During Mardi Gras, people belonging to Black Masking Indian tribes wear ornate ceremonial suits decorated with beads and feathers to honor their descendants who escaped slavery. Charles DuVernay, a member of the Monogram Hunters tribe who has been sewing these suits since he was a child, has riffed on the garments for a new series of beaded wall hangings made in collaboration with Guilty By Association, an arts organization founded by former New Museum deputy director Karen Wong and artist Derek Wiggins. “Our desire is to extend the artistic practice by giving our work a second life and make this heritage contemporary,” DuVernay says. From $1,900, available at gba.family. 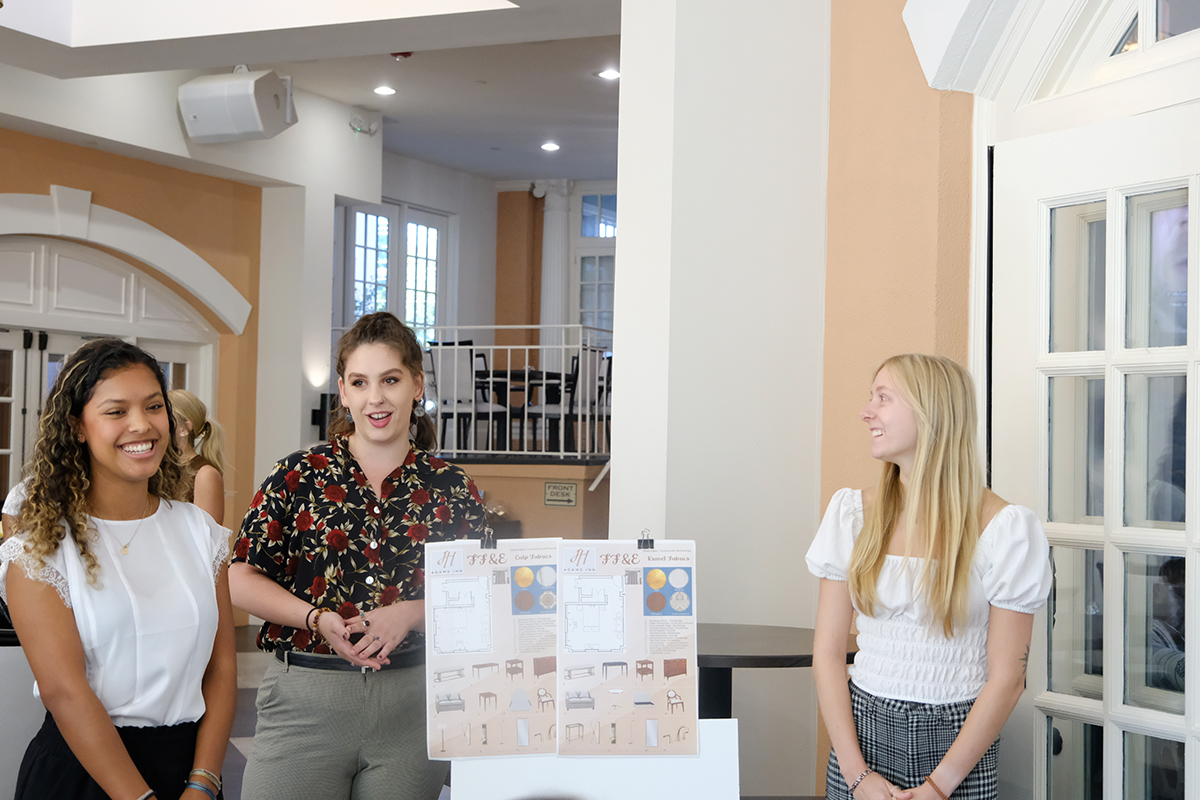