I GREW up in a deaf household but it was not without music. In 1975 an allergic reaction to antibiotics lost my mum her hearing and her music collection ends abruptly.

We had a hulking old record player her flatmate’s mariner boyfriend had smuggled back from Fiji on board a Royal Australian Navy ship to save them on postage.

It was a pure piece of 1970s design bringing me the sounds of Britain’s swinging 60s and early 70s to a 1980s Australian outback town just off the Golden Highway.

Enya was in the charts, and Shakespeare’s Sister, but I knew all the words on Tea For The Tillerman, Candles in the Rain, and everything by Creedence Clearwater Revival. Name a Beatles song and I’ll recite you it rote, same for Don McLean. The soundtrack to Hair was my preference, an album my mother would hide from me but which I would find, listen to and replace before she noticed.

I saw Hair on Broadway in New York a few years ago and realized with cringing adult clarity why she might not have wanted her seven-year-old daughter singing those lyrics.

What I mean to say, though, is that, despite it seeming like it mightn’t have been so, music is fundamental to all my earliest memories.

The novelist Andrew O’Hagan had a sparkling piece in the London Review of Books recently about his mother’s death, technological obsolescence and the mildly infuriating stubbornness of the resolute technophobe.

“Nobody with an iPhone13,” he writes, “Secretly craves an iPhone6, not even for reasons of nostalgia or perversity.” Such a lack of imagination.

I crave, and not secretly, my iPhone3, which I gave up in March this year. I procured a second hand iPhone12 from a friend in January and then spent nearly three months plucking up the courage to use it.

I am the literal embodiment of the vegan joke. How do you know Catriona Stewart has an iPhone3?

Because she’s told you.

I loved my iPhone3. Love it still: it’s sitting charged up on a shelf behind me, just in case. It merely does what is needed – showed me my emails, sent text messages and let me speak to people in other places.

At our belated work’s Christmas night out I showed my Zoomer colleagues how, to take a selfie, you have to turn the entire phone around – no front facing camera here – and wish upon a star.

What might be captured in the frame is anyone’s guess and part of the fun.

Just before the lockdown I was in a branch of Pret A Manger holding it in my hand and the barista, with surprised glee, asked for a look at it, taking it from my hand and turning it up to the light as though to check its grade.

My iPod mini is pink, a pale pearlescent unique to the era. For its more modern pinks, Apple came up with a punchier number, a much more forceful pop that could take out an eye.

The cover may have been insipid but the delights inside were miraculous. It served me well, that little can of tunes, but I mainly used it while commuting and when I switched from train to bike it didn’t seem safe or sensitive to cycle while listening to music so I slowly retired it.

Horribly, I forgot the joy of cutting about with a song backgrounding your step.

When I upgraded my phone I was worried my soul might spill out through my nostrils. Instead, all these notes are spilling in through my ears.

It is a multi-purpose rectangle that not only lets me access the internet and download apps, it lets me watch television.

Now, like God, I’ve got the whole world in my hands. I will admit, it came in useful for traveling to the US earlier this year because the airline mandated everything to be done through an app.

But wait. This phone also lets me listen to music, like my iPod but all of it, all the music. I bought bluetooth headphones and now my life is on a new trajectory, hurtling into 21st century life. I’m listening to all the music, all the time.

Walking along the street, I’m buoyant. I press a button and songs slither into my ears, songs I haven’t heard in years but that take me to times and places in the past.

I feel like a capsizing ship. I feel like I’m sparkling. I Google, “How many openings does the human body have?” just to double check how many ways the ecstasy of sound entering me might then escape.

It’s here I learn that human holes are called canals, which is fine, I’ve come across ear canal and birth canal before; ducts, which again makes sense, who hasn’t discussed their tear ducts at some point?

They are also called meatus. Meatus? Is this the plural or the singular? What in God’s name is a meatus? The quickened romance briefly slows but, never mind, I can forward the track and on to infinity.

My body is pulled apart and reassembled by the sound. I am the percussion section and the strings. My bones are laid out as a marimba and my feet are drums.

I am the star of my own musical now and I hate musicals but I love my life set to song. I try to restrain myself from dancing in the street but usually fail. A little hip bump here, a sous-sus there, a hair flick there. No one’s looking.

Is it, though, better than my iPod? Apple has just announced it is to discontinue the iPod more than 20 years after it was launched and a nostalgic heart like mine skips a beat.

Even with the modern world right in my grasp, my thumb’s muscle memory wants to slide around a wheel. My ears want the reassurance of familiar sounds and my brain is hobbled by choice.

I might keep on nursing the iPod Mini, at least for a little while longer. Is that nostalgia? Or perversity? It’s comfort, I think. I don’t need the whole world, I just need enough of it to keep me in song. 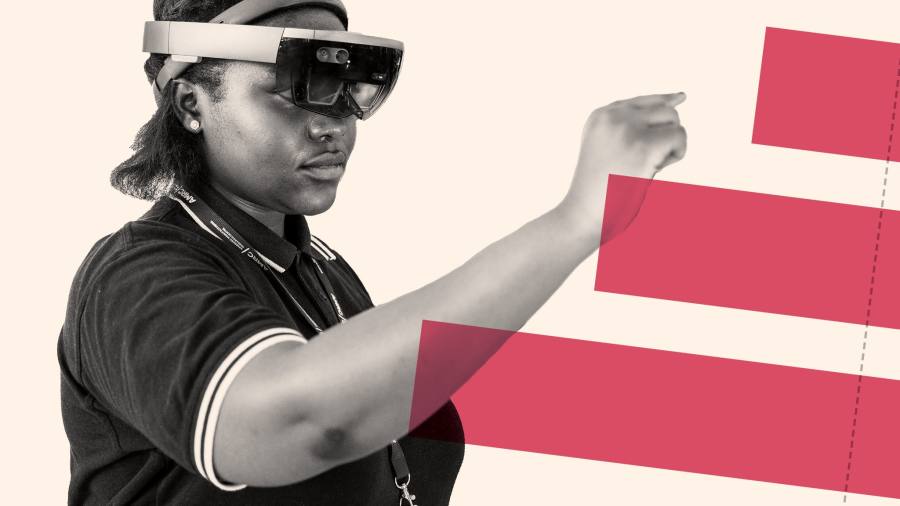 TN to host tech and Innovation summit ‘Umagine’ in September