Facebook Twitter WhatsApp Telegram
Indore: Number of candidates taking admission in the once sought after Teacher’s Education courses especially Diploma in Elementary Education (D.El.Ed) have dropped drastically this academic session.
In the ongoing academic session, around 75 per cent of the seats for D.El. Ed had remained vacant at colleges at Indore division.
There are around 2000 seats for D.El.Ed at various colleges across Indore of which till a few years ago over 95 per cent seats used to get filled each year.
In the academic session 2019-20, 90 per cent of the seats of the two year diploma course for pre-primary and lower primary school teachers were filled with a 10 per cent vacancies. In the academic session 2020-21, the number of admissions had reduced to 50 per cent at various colleges of the division and in the ongoing academic session, only 25 per cent seats were filled by the candidates, said office bearers of the Malwaanchal Education Colleges Owners Association, Girdhar Nagar told TOI.
As per the educationists there are varied reasons for the drop in the admissions primary being no government job opportunities followed by Covid-19 owing to which the education hub of the state could not get a good number of candidates from other states.
“Around 40 per cent candidates for Teacher Education courses, especially D. El. Ed used to be from Rajasthan. Considering that B. Ed Teachers were also being taken for elementary classes in Rajasthan, there was a drop in admissions. Now that the court decision backs D. El. Ed candidates, this year we are expecting a good number for D. El. Ed too, ”chairman of Malwaanchal Education Colleges Owners Association, Rambabu Sharma told TOI. TNN 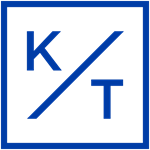