Internet services have been available in Pakistan for nearly 3 decades. Currently, Pakistan has around 118.8 million internet users, making it the 8th-largest in the world in terms of internet usage. ICT is one of the fastest-growing industries in Pakistan. In 2001, 1.3% of the population used the Internet. By 2006, this figure rose to 6.5% and in 2012 to 10.0%. As of July 2021; Around 54% of the population used the internet, which translates into approximately 118 million citizens having access to the internet. Furthermore, there are only a couple of submarine cable operators, most notable are Pakistan Telecommunication Limited (PTCL), and the other one is Transworld. PTCL has currently 4 major operational cables and they are going to launch the fifth one in the near future. On the other hand, Transworld only operates only two undersea cables.

What is a submarine cable system?

As the name suggests, a submarine cable system is comprised of a communication cable laid on the ocean’s floor. Basically, it connects cable landing stations (CLS) on land in order to transmit telecommunication signals across oceanic expanses. Typically, submarine cable systems use optical fiber cables to transmit international traffic. The transmission quality provided by a submarine cable is much superior to that of a satellite. The thickness of submarine cables is only a few inches, and they only contain a few optical fibers. Nonetheless, their transmission capacities are in terabits per second (Tbps). There is no viable alternative to these undersea cables, which provide essential international communications links between nations around the globe.

PTCL as the Pioneer of Submarine Cables in Pakistan:

Without a doubt, PTCL is the country’s pioneering submarine cable operator. In addition to meeting organic needs, capacity is provided to other operators. There are four functioning cables:

The implementation of the fifth cable systemAfrica-1, is expected to start operating by March 2024.

Furthermore, PTCL is the founding party of the majority of Asia-Middle East international cable consortiums. It is pertinent to mention here that SMW3 is the longest cable system on Earth. It went into operation in 1999. The undersea cable connects 33 nations and 39 landing places from Western Europe to the Pacific Rim and Australia.

As you can see in the aforementioned image, the advent of submarine cables started in 1986 with the first coaxial cable laid, having a length of 1177 km. Simultaneously, the optical fiber submarine cable, SMW3, was first time laid in 1999 in both east and west directions. It was followed by SMW4 in 2005, IMEWE in 2010, and AAE-1 in 2017. Furthermore, PTCL has planned to launch the Africa 1 submarine cable in 2024. 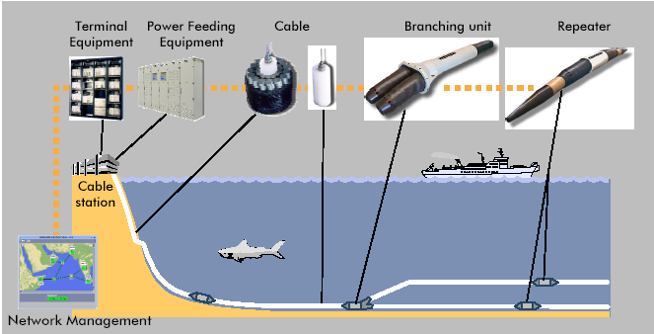 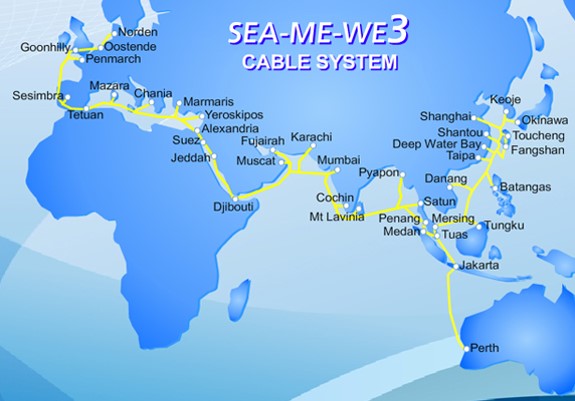 As you can see in the image, the world’s longest cable connects Western Europe, and Southern Europe, then moves towards Eastern Africa, the Middle East, then move towards South Asia, East Asia, and southeast Asia, and finally reaches Australia.

The longest cable on the planet, SWM3 would be decommissioned in December, 2024. 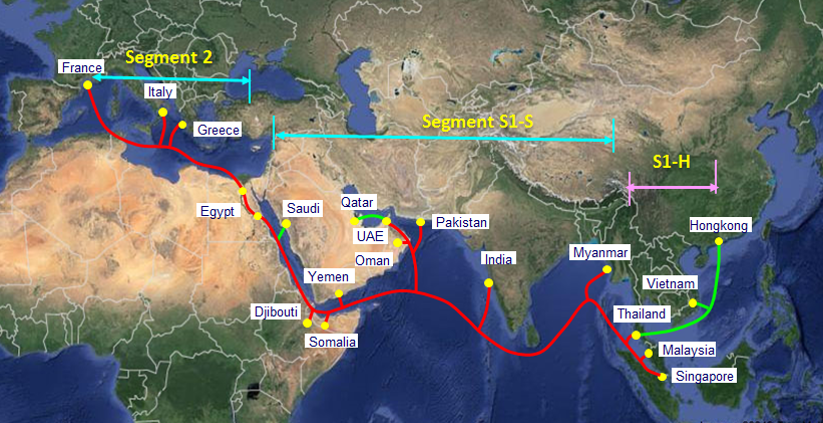 The SMW4 connects Western Europe including France, and Southern Europe (Italy), then moves towards Eastern Africa and Suez, then the Middle East, then move towards South Asia, East Asia (only Hong Kong), and finally reaching southeast Asian countries including Malaysia , Singapore, Vietnam, etc.

The ‘upgrade 6’ for the SMW4 cable is soon going to be launched and it would stop operating in 2030.

The ‘upgrade 2’ is under process and the AAE-1 cable would be decommissioned in 2041. 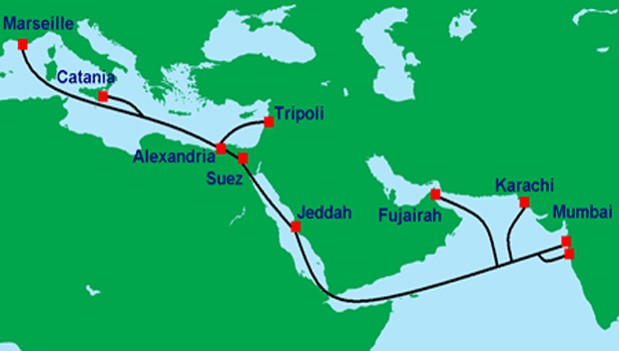 IMEWE is a comparatively smaller cable and it connects central and southern Europe and moves towards eastern Africa (Suez) and Middle and finally reaches South Asia.

The ‘Upgrade 5’ for IMEWE is in process. 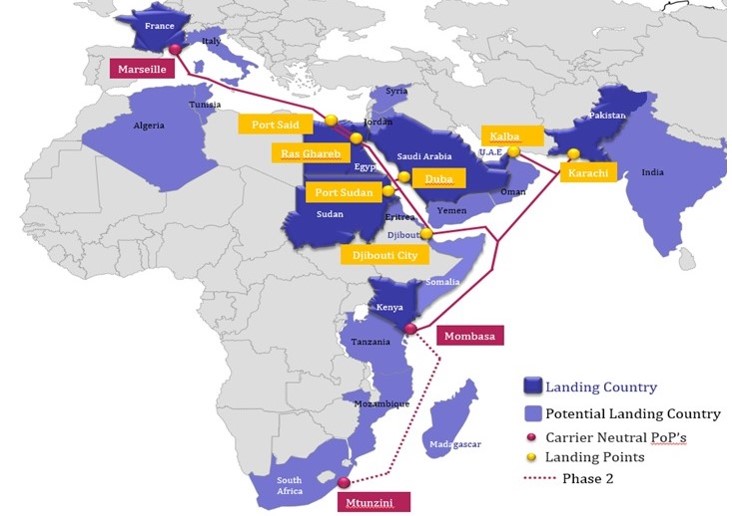 The cable is currently under installation and would begin operations in 2024.

The submarine cable repair process is lengthy, complex, and incurs thousands of dollars to repair any fault. Furthermore, it involves cable ships, multiple permits, and geo-political complications as well. Though, on the positive side, submarine cable outages are pretty low compared with land cables. For example, in 3 years, only 19 faults occurred for all 4 cables.

Main Reasons behind the fault:

How to Avoid a Cable Fault?

There are a number of cable fault types that are listed below:

How a sea cable is repaired?

The undersea cable repair is a pretty complex and long process. It involves different stages including a permit approval from the host state. For example, a shunt fault occurred that was later converted to a cable break on 12th Jan 2022. It was 110 km away from Mumbai Cable station. The repair time was around four months because of the permit delay from India. Afterward, a contract has to be made with the cable ship and it charges thousands of dollars. The cable ship then locates the fault line and starts its operations, which have been explained in the below-mentioned video.

Undoubtedly, Pakistan’s leading broadband service provider PTCL continues to expand and transform itself according to modern standards. It is a forefront player in providing reliable data connectivity through Network diversity. The company has already collaborated with world-leading telecom operators, to connect Pakistan to all major data centers in Europe, the Far East, and the Middle east. Ultimately, we can say that PTCL has played a major part in uplifting broadband services in Pakistan.

If Your Student Loan Debt Is Forgiven, What Happens to Your Credit Score? Here's What to Know 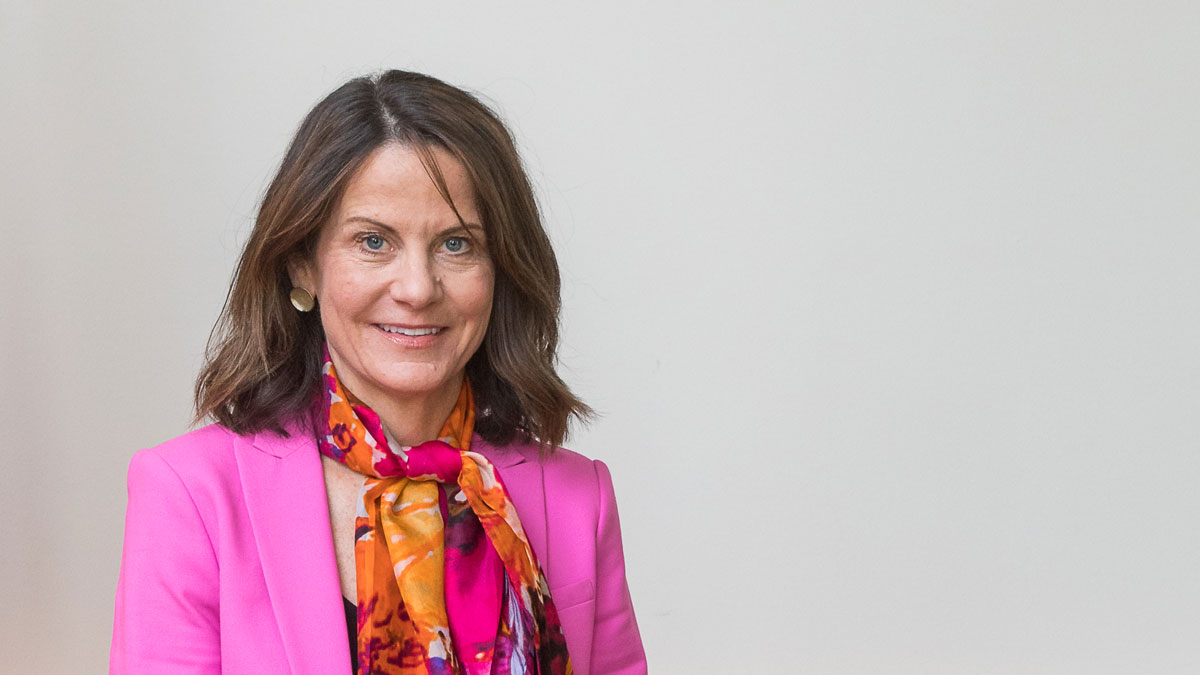