In a long-winded Substack post published on Thursday, Rempel Garner said campaign logistics are in place but she raised concerns about internal conflict within the UCP.

She compared the UCP caucus to the federal Conservative Party, saying both parties had “squabbles” where members were subjected to hours of public scrutiny. The new UCP leader needs to restore trust in the party and the caucus needs to be willing to allow it to happen, she said.

“Anyone entering politics needs to be prepared to handle that… But the stuff I listed above that happens in both the provincial and federal parties crosses a line. It should never happen in a functional place of business, political or otherwise, ”Rempel Garner wrote.

“With the UCP caucus, as I’m on the outside of it, I don’t know where all the sore spots are from the events of the last couple of years. But from what many people have confidentially shared with me, there seems to be a lot of them and they seem to be pretty fresh.

“And, bluntly put, I’m concerned about what would happen if I stepped in as leader under the present internal UCP caucus dynamic, especially considering we would need to govern while preparing for a rapidly approaching general election.”

‘They keep moving the goalposts,’ Rempel-Garner says in criticism of COVID-19 vaccine delays

Rempel Garner also compared Premier Jason Kenney’s tenure to that of former Conservative Party leaders Andrew Scheer and Erin O’Toole, saying she is mindful of the problematic work environment that took root well before their posts.

“The Knives were openly out for both of them from day one. Even though they had some significant successes and missteps were made (who doesn’t make mistakes), in the end they couldn’t lead people who didn’t want to be led by them, ”Rempel Garner said.

“And so the environment deteriorated.”

The announcement comes after it was previously reported that Rempel Garner was considering a bid to become the leader of the Alberta UCP.

Rempel Garner said she is grateful for the position she currently has and says she loves what she does on Parliament Hill, saying she intends to run again as MP for Calgary Nose Hill.

“I love what I do – in spite of the internal party ups and downs of the last few years and whatever may come in the future,” she said.

“I will serve as long as I continue to earn the trust of my community, and to be abundantly clear, I’m not going anywhere and intend to reoffer as MP.”

New Alberta UCP leader to be elected on Oct. 6

Jason Ribeiro, a doctoral researcher at the University of Calgary, said Rempel Garner’s Substack post is a warning to the UCP to resolve its internal conflict before the provincial election next year. The post is an accurate representation of the NDP and shows the party is difficult to lead, Ribeiro said.

“This doesn’t look good, especially this close to a leadership election and general election,” Ribeiro said.

“If you were a UCP supporter, Michelle Rempel Garner’s blog is a shot across the bow to get your house in order at best. At worst, this is a gift to the UCP because everyone is lining up behind Rachel Notley. ”

But Ribeiro said it is too early to tell if Rempel Garner’s announcement is a determinant of who will win the leadership election.

“The front-runner in these polls doesn’t necessarily indicate the winner in a ranked ballot. The whole point is to be as palatable to as many people as possible, ”Ribeiro said.

“What matters is people swaying over party faithfuls, fundraising and convincing people to buy memberships.” 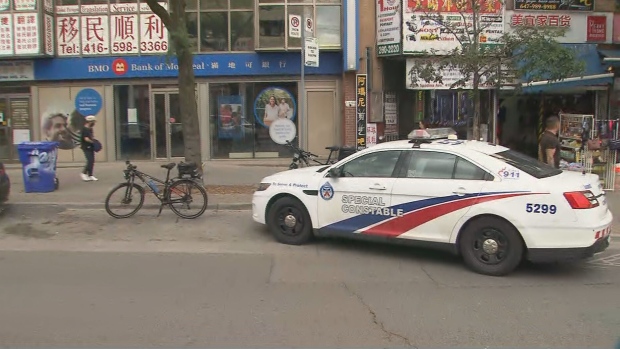