A newly renovated apartment block in Winnipeg’s North Point Douglas neighborhood has been transformed from a derelict block into a place that about two dozen Indigenous youth will now be able to call home.

The Noble Court building, located at 126 Alfred Ave., was seriously damaged by fire in 2016, and had been abandoned for several years.

The block will provide affordable housing for youth who are either in the care of Child and Family Services or leaving care as young adults.

“This building comes from a place of love,” Brandy Kowal, a program manager with the organization, said at a grand opening event on Friday.

“Everything that we have done to do this and to bring this place to life comes from our heart.”

The building will now be called Nenookaasiins, which means “little hummingbird” in Anishinaabe.

Tatyanna Monkman-Hudson, 23, and her young daughter have been accessing services provided by Shawenim Abinoojii since she aged out of government care at 21.

“It’s been a positive impact and they’ve helped me out through so much.… When I was transitioning out of care they were a big support and still continue to be,” she said at Friday’s event.

“They’ve actually taught me to be a powerful leader.”

The project aims to reduce homelessness in the Indigenous community. A recent survey found within a year of leaving CFS care, almost two-thirds of young people experienced homelessness.

The building can house up to 24 young people in 18 apartments, and has a cultural hub where residents can access employment programs and other resources. Youth can live in the home for a few months or a couple of years, depending on their need.

All three levels of government provided funding for the renovation, Kowal said.

“With that support we can bring our big ideas and create something like this and our youth are the ones that are going to benefit.”

“We see so many kids that are aging out of care that are in so many different systems, and this is going to ensure that our families stay together, that they don’t go into those systems,” Smith said.

Smith said as the area’s MLA, she had received numerous calls over the years about the burned-out block.

“Hopefully this is one of many buildings that will be transformed in the North End.” 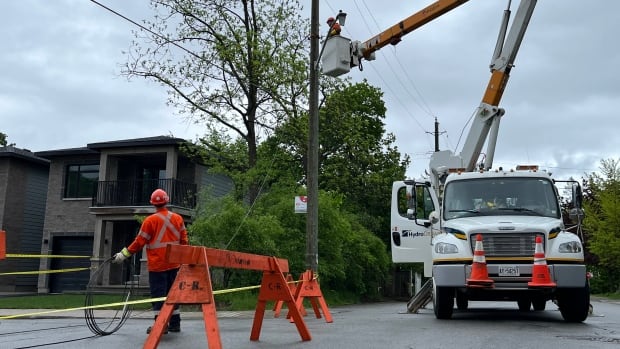